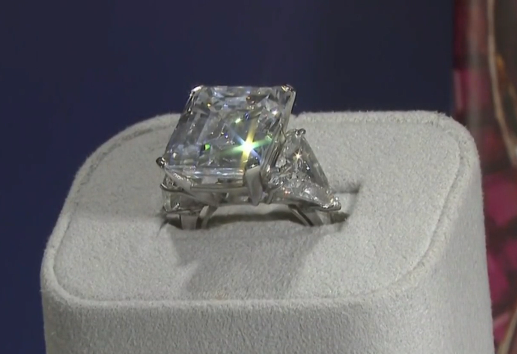 NEW YORK -- The private treasures of Frank Sinatra and his wife Barbara were a multi-million dollar hit at auction. Sotheby's reported Friday that the couple's entertainment memorabilia, art, jewelry, books and other personal items sold for $9.2 million -- about twice their pre-sale estimates.

"Frank tossed a bunch of diamonds on a bed and said, 'Pick the one you want,'" Quig Bruning from Sotheby's said last month, CBS New York reported. "Barbara picked the one she liked, she had it mounted in a ring. Frank gave it to her in a glass of champagne and she said, 'Alright, you pick the finger to put it on.' And that became her engagement ring."

Also up for sale was a Jewish skullcap with Frank's name embroidered on it. It soared past a high estimate of $500, selling for more than $9,000.

Some of the proceeds will benefit the Barbara Sinatra Children's Center in Rancho Mirage, California, which counsels victims of physical, sexual and emotional abuse.