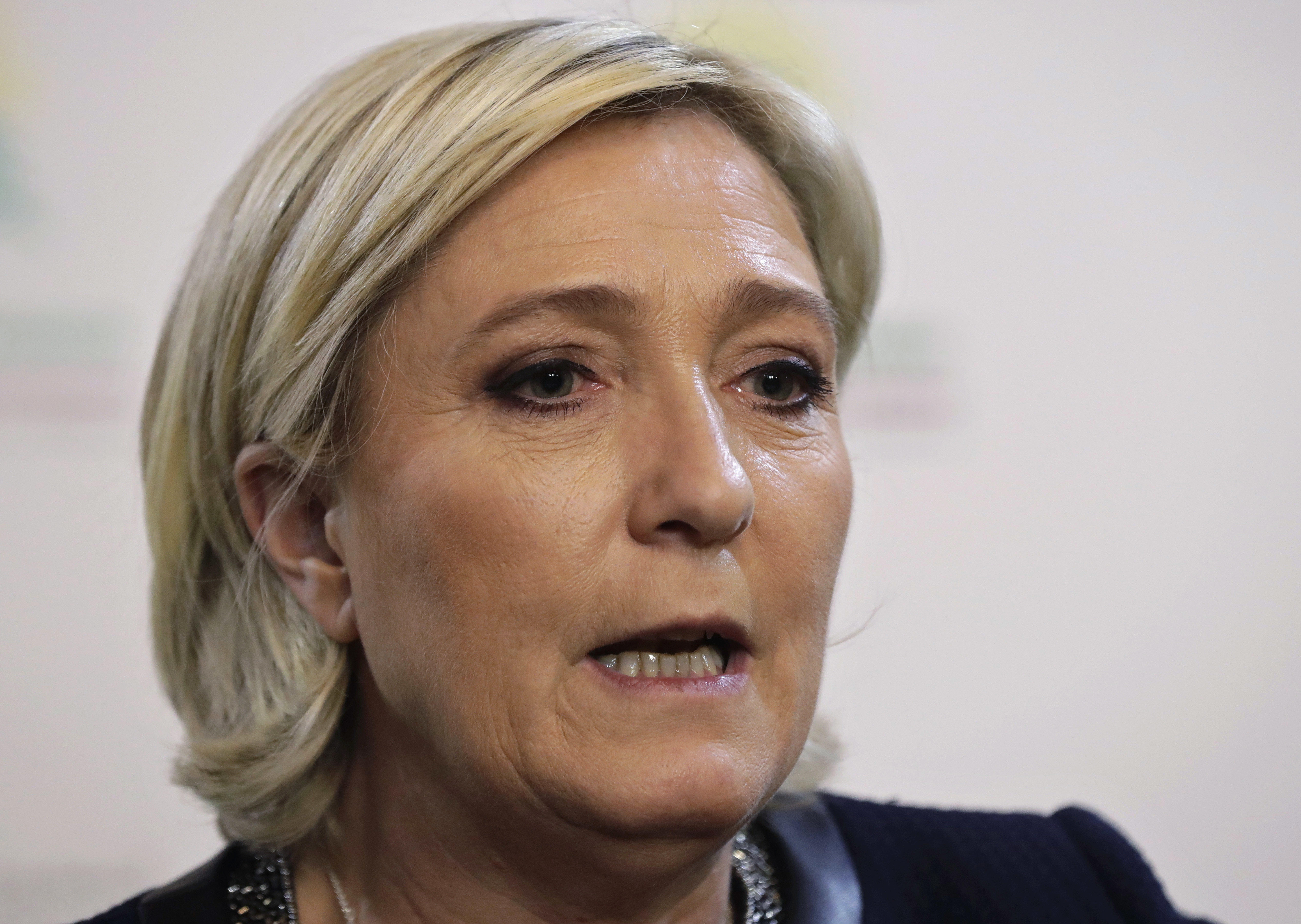 Le Pen, head of the anti-immigration National Front, spoke after meetings with Lebanese President Michel Aoun and Prime Minister Saad Hariri. They were among numerous officials, including the Christian Maronite patriarch, that Le Pen was meeting on her two-day visit to Lebanon, a former French protectorate.

The trip represented the first major foray into foreign policy for Le Pen, a leading candidate in France’s April 23 and May 7 election.

She said she told Hariri that there is “no viable and workable solution” to the Syrian civil war beyond choosing between Assad and the Islamic State of Iraq and Syria (ISIS).

“I clearly explained that in the political picture the least bad option is the politically realistic. It appears that Bashar al Assad is evidently today the most reassuring solution for France.”

Le Pen has made known her preference for Assad in the past - a position that runs counter to the French government’s strong anti-Assad approach - but it carries extra weight being stated while on a foreign visit with a Syrian neighbor, and during unusual meetings with the nation’s top officials. The trip is Le Pen’s first real public foray into foreign policy.

Before meeting with the prime minister, Le Pen had a visit with Aoun, the leader of a Christian party allied with the Iranian-backed Hezbollah militia fighting on the side of Assad.

Le Pen said she and Hariri, who has longstanding ties to France, agreed on “the absolute necessity” for nations wanting to fight the Islamic State group tearing Syria and Iraq apart to come “to the table,” an apparent reference to formal talks. She noted the threat to France of the Islamic State group which has claimed deadly attacks in Paris, Nice and elsewhere, and has lured hundreds of French youths to the war zones in Syria and Iraq.

Le Pen said during her meeting with the Lebanese president that the two countries should be “pillars” in organizing the fight against Islamic fundamentalism.

Le Pen said earlier that she also discussed the costs of housing refugees with the president.

Lebanon is home to some 1.2 million Syrian refugees, equivalent to one fourth of its own population.

Le Pen was also clearly using her two-day visit to the former French protectorate - and her unusual encounter with a foreign president - to appeal to the thousands of French voters in Lebanon.

Lebanon’s Christians have long looked to France for security against the Middle East’s turmoil, and President Aoun spent years in exile in France.

Le Pen is not the first presidential candidate to travel to Lebanon. She was preceded in January by Emmanuel Macron, a centrist who has moved alongside Le Pen to the top of the polls after conservative candidate Francois Fillon took a dive due to a corruption scandal.