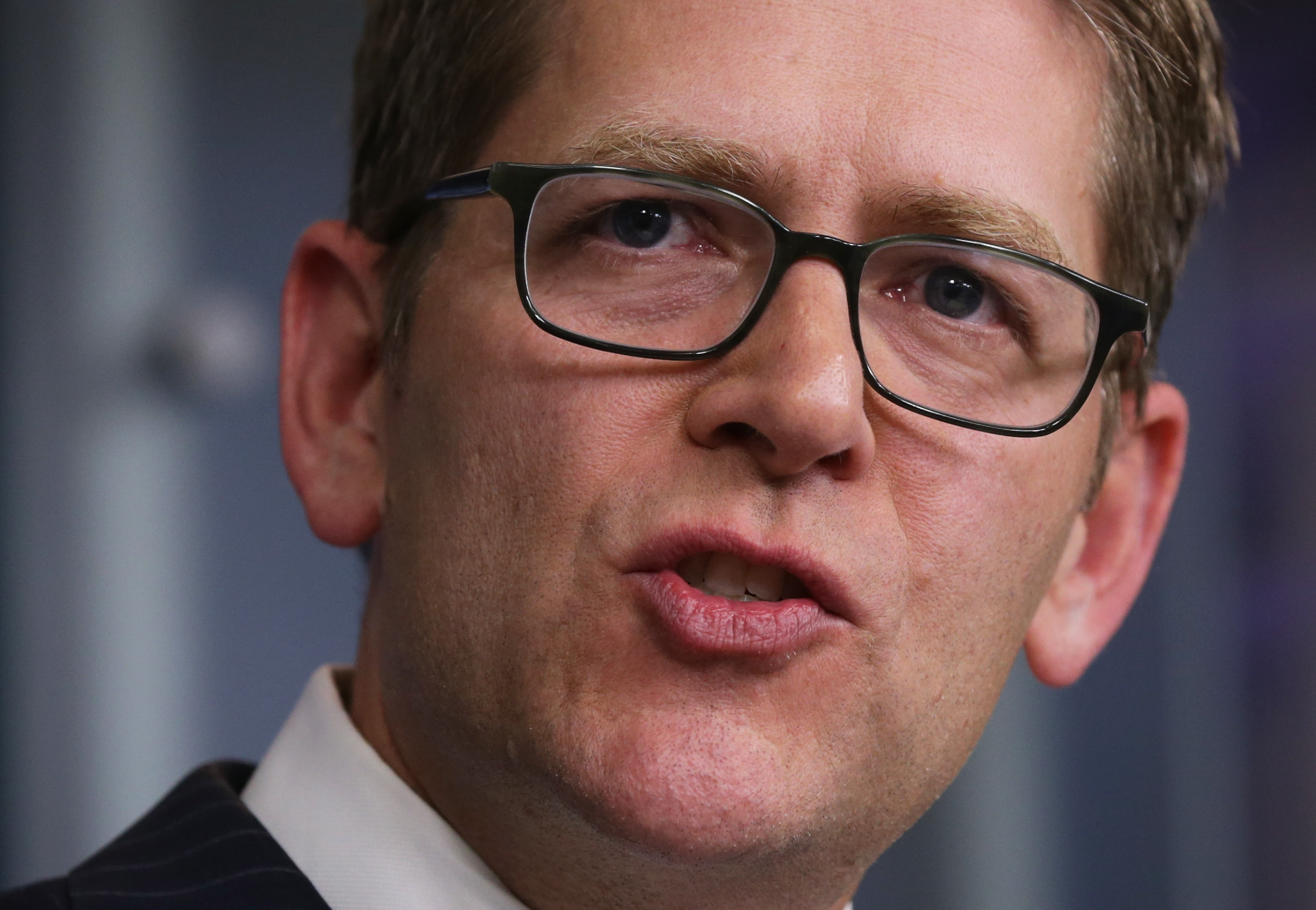 Former White House Press Secretary Jay Carney publicly broke with his old colleagues in the Obama administration Thursday when he suggested that flight restrictions to and from West Africa, where the Ebola outbreak is still largely uncontrolled, might be needed to protect Americans.

"I think substantive actions need to be taken, and they may involve flight restrictions, they may involve moving all patients to specific hospitals in the country that can handle Ebola, and I think those would be wise decisions to make," Carney said on CNN. "I think that would demonstrate a level of seriousness in response to this that is merited at this point."

Administration officials insist that a travel ban could actually hurt efforts to fight the virus. The move would "slow down the ability of the United States and other international partners to actually get expertise and capabilities and equipment into the affected areas," White House Homeland Security Adviser Lisa Monaco said earlier this month.

The idea of a travel ban is certain to come up at a congressional hearing on the U.S. response to Ebola Thursday afternoon. Seven of the panel's 14 Republicans say it's time for the administration to at least consider restricting the flow of people from West Africa to the U.S., and House Speaker John Boehner said Wednesday afternoon that a temporary travel ban, "is something that the president should absolutely consider" in response to the crisis.

President Obama canceled plans to campaign and raise money on behalf of Democrats Wednesday and Thursday in order to deal with the crisis. After meeting with his team handling the Ebola response, he said the government is "monitoring, supervising, overseeing in a much more aggressive way."