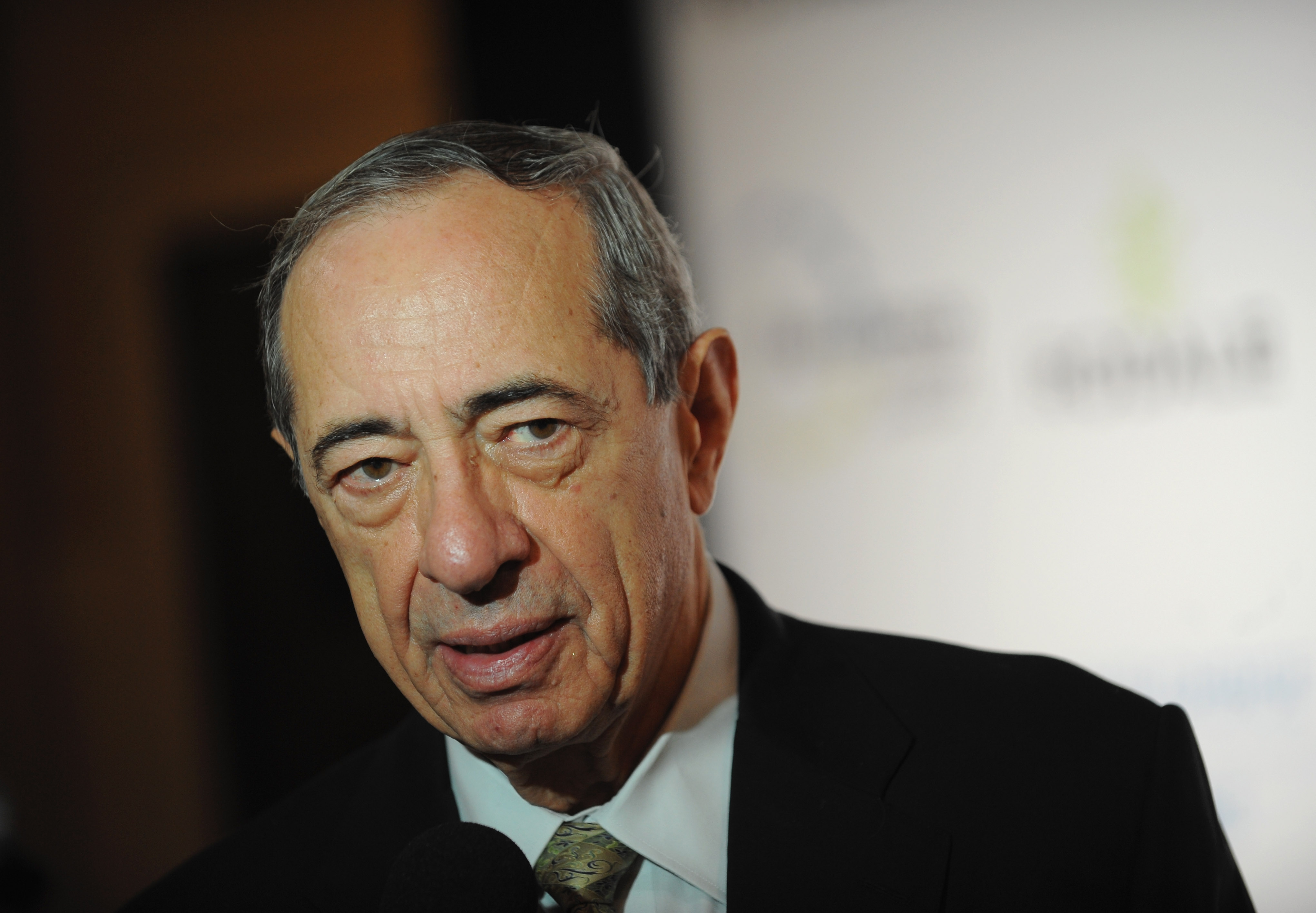 Mario Cuomo, a son of Italian immigrants who became an eloquent spokesman for a generation of liberal Democrats during his three terms as New York governor, has died. He was 82.

The elder Cuomo was hospitalized for a heart condition in November.

"Tonight, New York has lost a giant," de Blasio said in a statement. "Mario Cuomo was a man of unwavering principle who possessed a compassion for humankind without equal."

Cuomo's last public appearance came in November, when Andrew was re-elected governor of New York. The frail-looking patriarch and his son raised their arms together in victory at the election-night celebration. At his second inaugural address at One World Trade Center on Thursday, Gov. Andrew Cuomo invoked his father.

"He couldn't be here physically today, my father, but my father is in this room," Gov. Cuomo said. "He is in the heart and mind of every person who's here, and here, and here, and his inspiration and his legacy and his experience is what brought this state to this point."

Cuomo drew laughs when he showed his speech to his father, who said, "Not bad for a second-termer."

President Obama remarked that America is better for Cuomo's service.

"He rose to be chief executive of the state he loved, a determined champion of progressive values, and an unflinching voice for tolerance, inclusiveness, fairness, dignity, and opportunity," Obama said in a statement released by the White House. "His own story taught him that as Americans, we are bound together as one people, and our country's success rests on the success of all of us, not just a fortunate few.

Others in the political arena echoed those sentiments as well.

"From the hard streets of Queens, Mario Cuomo rose to the very pinnacle of political power in New York because he believed in his bones in the greatness of this state, the greatness of America and the unique potential of every individual," said Sen. Chuck Schumer in a statement.

"From soaring oratory that stirred the very soul to painstaking coalition building to advance policies and accomplishments, he was a colossal political mind and represented the very best of public service; he leaves an indelible legacy on the state he loved."

Friends and allies remembered Cuomo for an unwavering dedication.

"Mario Cuomo inspired millions of people around the country with his vision for a more compassionate and just society, and during difficult times for our city and state, he brought principled and ethical leadership to Albany," said former New York City mayor Mike Bloomberg.

"He never swayed with the political winds - whether on the death penalty or any other issue - and he earned a spot alongside Theodore Roosevelt, Charles Evans Hughes, Al Smith, and Franklin Roosevelt in the pantheon of New York's great progressive governors. "

Former Gov. David Patterson also sent out a tweet with his condolences.

At the 1984 Democratic National Convention, he brought down the house challenging President Ronald Reagan and what was called a "rose-colored view."

"Mr. President, you ought to know that this nation is more a tale of two cities than it is just a shining city on a hill," former Gov. Cuomo said at the 1984 convention. "Maybe, Mr. President, if you visited some more places; maybe if you went to Appalachia where some people still live in sheds"

Mario Cuomo was considered a potential frontrunner for the Democratic presidential nomination in 1988 and 1992, and famously had a plane standing by to register for the New Hampshire primary. But a contentious budget battle kept him in New York. He decided not to run both years - although he won 3.92 percent of the vote in a write-in campaign for the 1992 New Hampshire primary.

"Our country and our region lost a giant today with the passing of Governor Mario Cuomo. He was a strong, eloquent leader who loved New York and its people," Christie said.

Cuomo is survived by his wife of 60 years, Matilda Raffa Cuomo, and children Margaret, Andrew, Maria, Madeline, Christopher, and 14 grandchildren.

In remembrance of the former governor, de Blasio ordered all flags in New York City, already lowered for NYPD Detectives Ramos and Liu, placed at half-staff until Feb. 1.