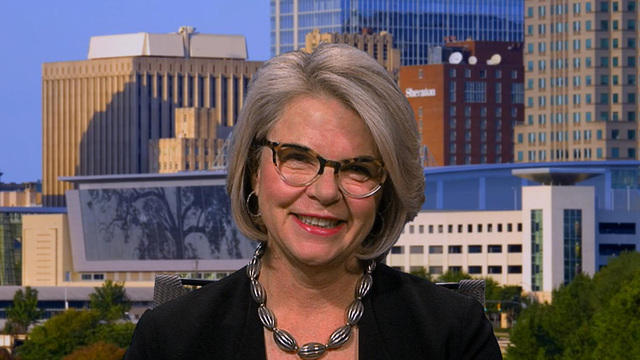 Margaret Spellings, a secretary of education under George W. Bush, defended Betsy DeVos, President Trump’s pick to fill her former position, in an interview with “CBS This Morning” early Wednesday.

“This is the era of the states and I expect that she’ll be an honest broker and a great leader for all of our schools,” Spellings said of DeVos, whose nomination heads to a full Senate vote after it was narrowly approved along party lines by the Senate Committee on Health, Education, Labor and Pensions (HELP) on Tuesday.

DeVos has been criticized by Democrats for her advocacy of school privatization, along with her financial ties to the education industry.

But asked whether Spellings had any questions about DeVos’ commitment to public education, the former education secretary replied, “You know, I don’t.”

She cited DeVos’ record “over the many decades that she has been involved on the battlefield fighting for school reform and fighting for students in Michigan and around the country.”

Spellings noted that DeVos, a billionaire and prominent GOP donor, had “an open approach to where those educational opportunities are provided, whether they’re in charter schools or private schools or any kind of schools.”

She expected the Michigan native to “pursue a deregulation agenda” of education if confirmed.

The former education secretary also defended DeVos, who was recently accused of copying written answers to questions on a Senate HELP committee survey, in light of the plagiarism charges.

“I think that’s kind of a silly gotcha myself,” Spellings said, who noted that DeVos “obviously” had staff who helped her fill out the Senate questionnaire.

During the confirmation process, Spellings, who now runs the University of North Carolina as its president, said she advised DeVos to “get out about the country and learn and listen.”

“You don’t know everything there is,” said Spellings. “Go and find out what’s in the hearts and minds of people that work in the schools and universities.”