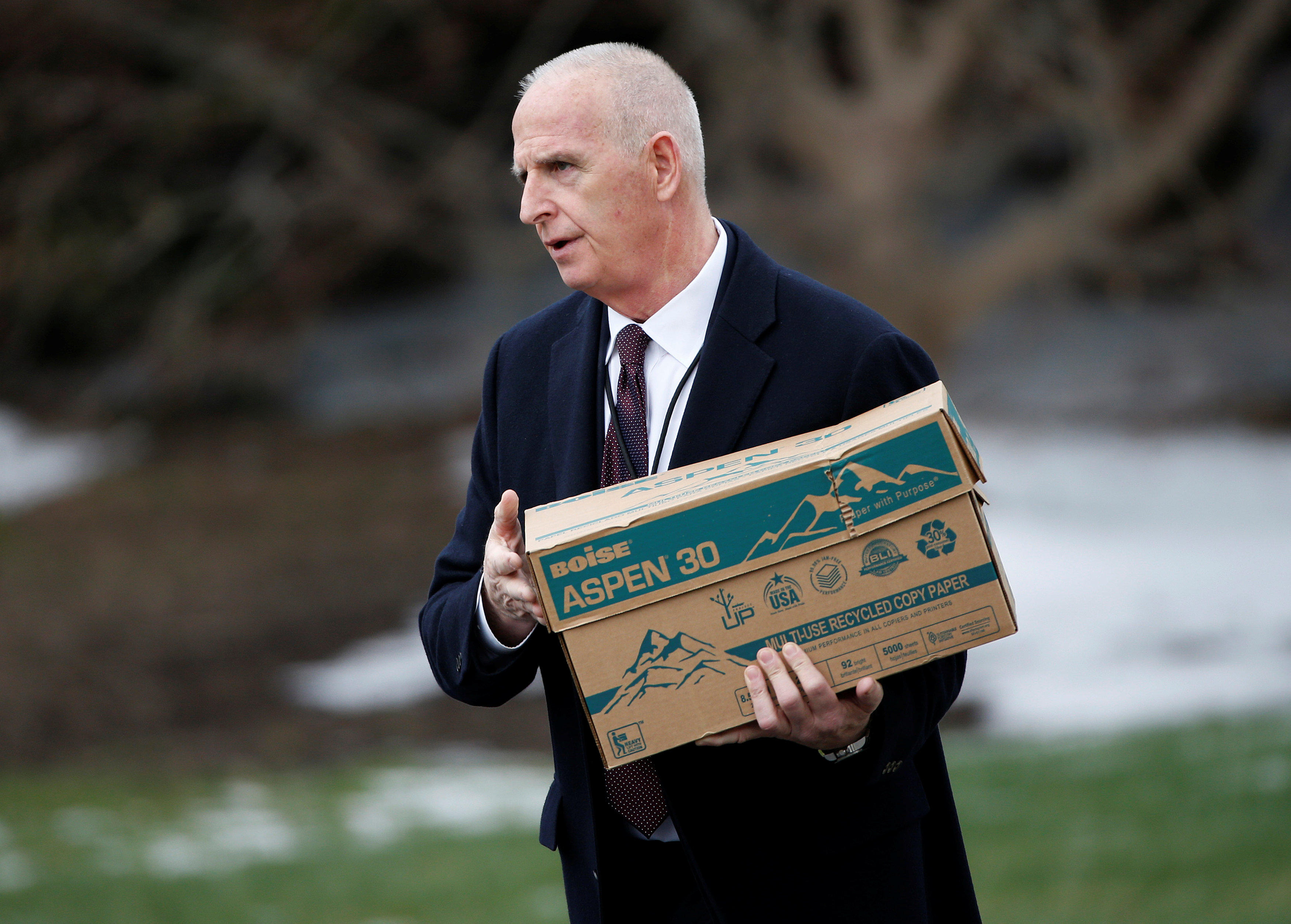 WASHINGTON -- During Jared Kushner’s visit to Iraq this week, one man stood out from the military uniforms and business suits. At a table with top Iraqi Kurdish leaders, an imposing figure in an Adidas athletic jacket sat next to President Donald Trump’s trusted son-in-law and senior adviser.

That might seem like a peculiar assignment for the director of Oval Office operations. But Trump’s request that Schiller accompany Kushner as an extra measure of protection underscores that the president feels most comfortable having Schiller around, despite the sophisticated security surrounding Trump and his family.

Nearly two decades after he began working part time for Trump’s security team, the 58-year-old former New York detective who distinguished himself crashing through doors in drug busts as the “ram guy” is still the man standing beside a president who is crashing through Washington.

“He’s one of the most loyal, responsible guys I’ve ever met. Tireless worker,” said Bo Dietl, a former NYPD detective who has known both men for years.

Schiller’s relationship with Trump began at the Manhattan District Attorney’s office in the late 1990s. Trump’s second wife, Marla Maples, was there to review the prosecution of a stalker with a shoe fetish, her stolen footwear among his trophies.

As he waited to discuss a case of his own, Schiller, then a 6-foot-4, 250-pound New York City drug cop, spotted Maples’ bodyguard.

“I looked at him totally not impressed by his stature, physical stature,” he said in a 2015 interview with Rich Siegel, a high school friend.

“A light goes off,” he added. “I said: ‘Bodyguard. I can do this. This guy’s a bodyguard? I’m a f------ bodyguard,’” he said, flashing his signature combination of wide-grinned charm and swagger.

But that role has caused some headaches.

Schiller drew headlines for his aggressive confrontations with protesters at Trump’s raucous campaign rallies and for kicking a Univision reporter out of a press conference. He was sued for roughing up a protester outside Trump Tower in September and was in the news last month when he shouted at reporters to leave after an event.

But mostly Schiller, who declined to be interviewed for this story, is seen and not heard.

A deposition transcript from the lawsuit against him highlights Schiller’s close relationship with Trump, developed over years of working side by side. Schiller said he’s learned to intuitively anticipate his boss’s wishes. But he’s also willing to disobey him at times. “I’m not a robot,” Schiller said in the deposition.

Schiller’s work with Trump started as a side gig - with plenty of perks. “Every night we were out, we were at different events, fashion shows, baseball games,” he said.

Five years later, he joined Trump’s staff full-time as Trump’s chief protector, overseeing security for his family and assets. He maintained that role throughout the campaign, spending a year-and-a-half crisscrossing the country on Trump’s private jet. For months before Trump received Secret Service protection, it was Schiller and his team who kept one of the world’s most polarizing men safe.

“It’s a very serious job,” he said in the Siegel interview. “At the end of the day, you know there’s people’s lives at stake.”

After receiving Secret Service protection, Trump insisted on maintaining much of his private security - a highly unusual situation that drew criticism.

“If I had a Keith Schiller, I’d do the same thing,” said Dietl, who is now running for mayor of New York. “In reality, who can you trust more than Keith?”

Like Trump, Schiller is a New Yorker. He grew up in New Paltz, a village about 80 miles north of Manhattan, joined the Navy after high school and spent eight years working with young offenders at the New York State Division of Youth Services.

But Schiller, who has described himself as a physical guy who likes to be in on the action, had always been drawn to law enforcement. He eventually joined the New York City Police Department, moving up from the transit division to a detective leading drug busts.

Much of Schiller’s time was in northern Manhattan’s Washington Heights neighborhood, then the epicenter of New York’s cocaine trade. It wasn’t uncommon, he said, for a patrolman to seize several kilograms in a shift.

It was dangerous work. Shots were often fired. Officers were killed in firefights. But Schiller said he loved the excitement. “I couldn’t get enough of that,” he told his friend, Siegel.

“He was one of the best detectives that I had. He was extremely loyal, extremely knowledgeable about his cases,” said David Chong, who worked with Schiller for eight years as his lieutenant in the NYPD’s high-intensity drug trafficking area program.

Chong, who is now the Public Safety Commissioner for the City of White Plains, said it was comforting to have Schiller around not only for his size and strength, but also because he was a stand-up guy. On Sept. 11, 2001, Chong was near the World Trade Center when the first plane hit, and he called Schiller for help. Schiller raced to the site, arriving just as the north tower was tumbling.

Chong was buried in the rubble, but was among the first - and few - pulled out.  Schiller suffered burns on his back.

“He’s the kind of guy that will give you the shirt off his back,” said Chong, adding that his fellow officers used to tease Schiller about being “a gentle giant” when he was off duty.

Siegel agreed that despite his persona as the leader of Trump’s “goon squad,” Schiller has a softer side, with a wicked sense of humor: “Keith is not the guy you see on TV.”