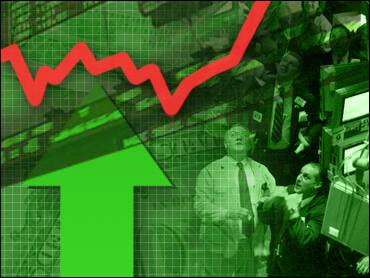 A former analyst at Merrill Lynch & Co. Inc. pleaded guilty to insider trading Friday, admitting his role in a wide ranging plot that benefited from loose-lipped investment bankers and leaked copies of a market-moving magazine.

Stanislav Shpigelman, 23, of New York, who worked in Merrill Lynch's mergers and acquisitions division, admitted sharing inside information by cell phone with others involved in the scheme that earned some participants more than $6.7 million.

A plea agreement Shpigelman signed with prosecutors — in which he admits to a single count of conspiracy to commit insider trading — includes a recommendation that he serve between three and four years in prison after he is sentenced Nov. 17.

As his family sat in court, Shpigelman apologized for his role in the plot from October 2004 to August 2005, saying he was "eternally regretful."

At one point, Shpigelman alluded to his alleged co-conspirators, saying: "They pressured me and said if I helped them they would take care of me."

The comment caused U.S. District Judge Kenneth Karas to ask if he "ultimately did it of your own free will?"

The case was described as unusual because it employed so many methods of trying to gain inside information.

It came to the attention of authorities when regulators noticed unusually high trading volume before a merger announcement and discovered that a 63-year-old retired seamstress in Croatia — the aunt of one of the defendants — had made more than $2 million.

At the center of the plot was David Pajcin, a former Goldman Sachs Group Inc. analyst who is cooperating with the government, the government has said.

Prosecutors say Pajcin and Eugene Plotkin, 26, of Manhattan, a Harvard-trained former Goldman Sachs analyst who has pleaded not guilty to charges in the case, made more than $6.7 million through inside trades.

Prosecutors said Plotkin introduced Pajcin to Shpigelman in November 2004 at a Russian day spa and sauna in lower Manhattan.

In exchange for information on six different pending mergers or acquisitions, Shpigelman received cash and promises of future payments based on a percentage of profits, the government alleges in court papers. Mergers and acquisitions often lead to rises in companies' stock prices.

He said proof at trial would have included testimony from cooperating witnesses and evidence including e-mails and documents and records obtained from Merrill Lynch.

"The government's allegations represent a serious breach of trust and a violation of Merrill Lynch's fundamental principles," a prepared statement from Merrill Lynch said. "We do not tolerate or condone insider trading. This conduct victimizes our company and clients alike."

The prosecutor said evidence also would include testimony about efforts to recruit employees at other investment banks for the insider trading scheme.

The case also has resulted in the arrests of a Milwaukee forklift operator who allegedly obtained early copies of a market-moving column in Business Week magazine and a New Jersey grand juror who supposedly fed the conspiracy secrets about an accounting fraud probe.

Authorities say those involved in the plot considered any means possible to gain inside information, even talking at one point about trying to get strippers to coax stock tips from investment bankers with inside knowledge of pending mergers and acquisitions.