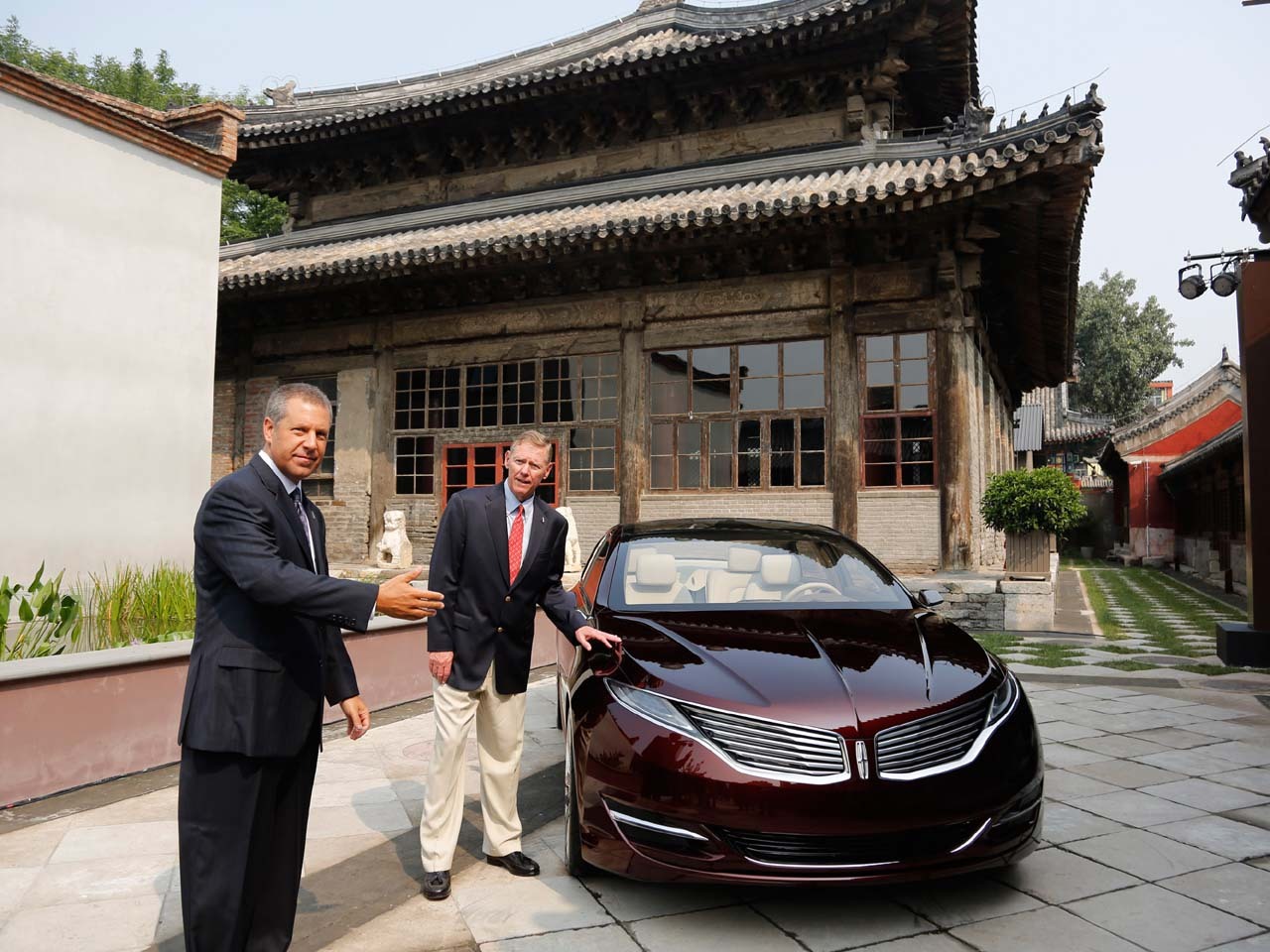 It will be the first time that the nearly 100-year-old brand will be sold in China. At an event at a converted 600-year-old temple in Beijing, CEO Alan Mulally and other Ford executives said they believe Chinese customers will appreciate Lincoln's heritage as well as its new lineup of vehicles. Ford is introducing seven new Lincolns over the next three years.

"Lincoln is well known in China. Our opportunity is to fill in the blanks of what the brand is now," Ford's global marketing chief Jim Farley said.

The announcement was a surprise for Ford, which had previously said it wanted to re-establish the struggling brand's reputation in North America before taking it abroad. Lincoln was the best-selling luxury brand in the U.S. two decades ago but gradually fell to last place in the market because Ford failed to invest in new products.

But Mulally said Ford has been quietly plotting to bring Lincoln to China for the last two years, and considered Chinese customers' tastes when it was designing the 2013 MKZ. The midsize MKZ, which goes on sale this fall in the U.S., is the first of Lincoln's revamped products.

"This is the perfect time, with the vehicles that we have here," Mulally said.

The Lincolns sold in China will be made in North America, at least initially. Dave Schoch, chairman and CEO of Ford China, said the company will consider making Lincolns in China if sales demand it. Schoch wouldn't say how much Lincolns will cost in China, but they will be more expensive than in the U.S. because of luxury taxes, which are based on engine size, and import duties of 25 percent. The 2013 MKZ starts at $35,925.

Ford will start meeting with interested dealers in China this fall. The company wouldn't say how many Lincoln dealerships it hopes to open, but it envisions stores with warm, personalized service that could be a model for U.S. Lincoln dealers.

"The Chinese customer is begging for a new type of experience when they purchase and service a vehicle," Farley said.

Luxury cars now make up 6 percent of Chinese sales, but they're expected to rise to 10 percent by the end of this decade, Farley said. That's comparable to the U.S., where luxury sales now make up around 12 percent of the market.

While it will take a lot for Lincoln to catch up to those brands, Farley said Lincoln can distinguish itself by promoting its history, which will appeal to Chinese customers. The Lincoln brand, which dates to 1915, was a style icon in the early 1940s with the elegant Continental sedan. Lincoln limousines carried presidents from Franklin Roosevelt to Ronald Reagan. Later, the Lincoln Navigator SUV was a favorite of rappers and sports stars.

But Ford stopped paying attention to Lincoln in the 1990s and 2000s when it bought other luxury brands like Jaguar and Volvo. Lincolns started sharing more parts and looks with their lower-priced Ford siblings. Sales suffered.

Ford has since sold off its other luxury brands and shuttered its near-luxury Mercury nameplate so it can concentrate fully on Ford and Lincoln.

The company hopes to start reversing Lincoln's slide with the new MKZ, which has a wider and more luxurious look, a toned-down grille and a clean dashboard with flush buttons for controls instead of knobs. It also offers a panoramic glass roof that slides open to give passengers a convertible-like ride.

Farley said Lincoln designers paid close attention to the materials and feel of the back seat, since many Chinese luxury buyers and chauffeured. It also designed the dashboard in an unfussy, balanced way, which the Chinese seemed to prefer over a busy, driver-focused dashboard. The hood has a more fluid, rounded design, because Chinese customers didn't like squared-off shapes. Farley said Lincoln will also offer a less powerful engine for Chinese buyers because of concerns about fuel economy.

Dunne said Ford's decision to bring Lincoln to China is a smart one, even if the company's product revamp in the U.S. is incomplete.

"Chinese consumers look for the flagship to define the brand, and this is the flagship," Dunne said. "It's really important to them to make a statement. With an American luxury car, you're driving something different."