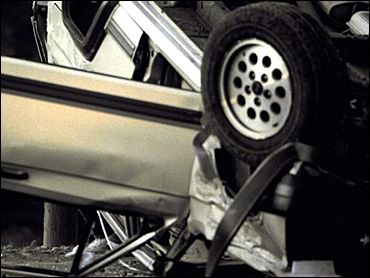 Ford Motor Co. on Wednesday ended an era of litigation over its rollover-plagued Explorer sport utility vehicles when it agreed to settle a class-action lawsuit covering plaintiffs in four states.

The settlement applies to about 1 million people in California, Connecticut, Illinois and Texas who claimed their Explorers were prone to flip, said Kevin P. Roddy, a New Jersey attorney and co-counsel for the SUV owners who brought the lawsuit.

Ford has faced wrongful death and personal injury lawsuits across the country stemming from a series of rollover accidents that involved earlier models of its popular Explorer.

The deal announced Wednesday settles cases brought by Explorer owners who said their vehicles had lost value because of their perceived danger. It ends all the outstanding rollover-related lawsuits against the company, Ford spokeswoman Kristen Kinley said.

She would not say how much Ford has paid to settle earlier claims. Customers affected by the four-state settlement reached in California will be notified in late December and early January, she said.

"Ford's position on this is we feel this is fair and reasonable, and in the best interest of our customers," she said in a telephone interview.

The settlement applies to Explorers in model years 1991 through 2001 and was to be filed later Wednesday in Sacramento County Superior Court. It will allow vehicle owners to apply for $500 vouchers that can be used toward the purchase of new Explorers or $300 vouchers for other Ford or Lincoln Mercury products.

The plaintiffs alleged false advertising by Ford and said Ford marketed the vehicles as safe when the company knew they had a tendency to flip. The settlement requires Ford to distribute information about the rollover dangers of SUVs and to limit safety claims in its advertising.

In 2000, the federal government began investigating the Bridgestone/Firestone Inc. tires that had been standard equipment on Explorers after receiving numerous complaints.

More than 250 people were killed and hundreds more injured in accidents involving tread separation on the tires, most of which were on Explorers at the time they failed. Each company blamed the other for the rollovers, with the Nashville, Tenn.-based tire manufacturer saying the Explorers' earlier design was faulty.

The case settled Wednesday consolidated lawsuits filed in the four states beginning in 2000. The case went to trial for 50 days earlier this year before the parties announced in October that they were close to a settlement.

Many of the Explorers owned by the plaintiffs had been purchased between 1990 and 2000 and are no longer on the road, Roddy said.

If Superior Court Judge David De Alba approves the preliminary settlement Monday, the parties will announce a toll-free number and Web site for consumers, followed by the mailed notices.

Explorer owners will be able to apply for vouchers through the Web site.

The parties plan to ask the judge to give final approval during a hearing in April, after those covered by the settlement have had time to apply, Roddy said.

The vouchers can be used not only by the plaintiffs and their family members but can also be transferred to anyone in the vehicle owner's state, Roddy said.

"You can give it to your neighbor if he's in the market," he said.

The $300 or $500 vouchers should be enough to cover the cost of optional electronic stability control systems on new vehicles, said consumer advocate Rosemary Shahan of California-based Consumers for Auto Reliability and Safety.

Electronic stability control automatically applies brakes to individual wheels when the vehicle begins skidding off course, helping to steady the vehicle and prevent it from rolling over. In April, the U.S. Transportation Department said the technology would be required in all new vehicles by the 2012 model year.