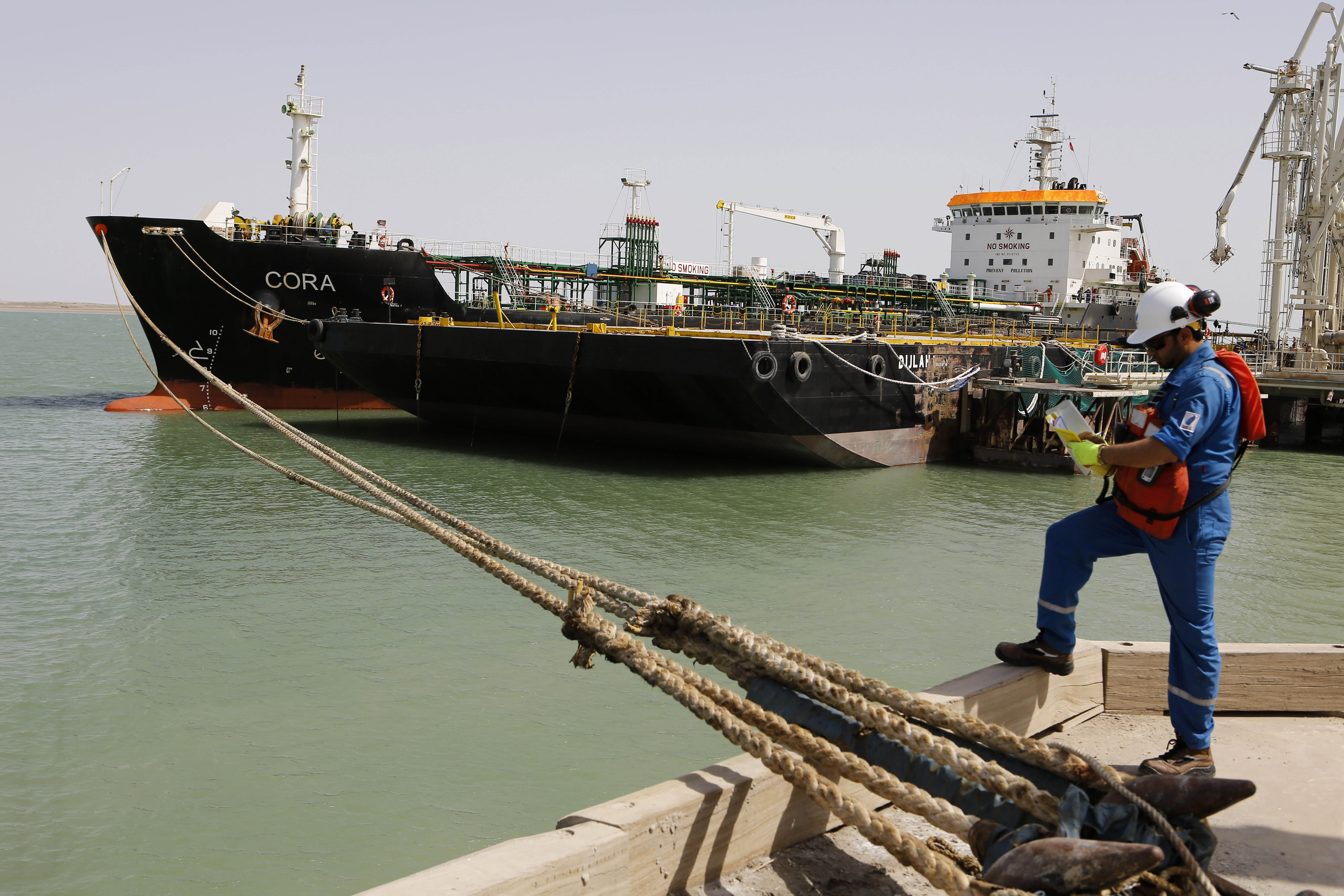 BAGHDAD -- Iraq on Sunday exported the first shipment of natural gas in its history, a key development for the OPEC member struggling to feed a cash-strapped economy amid an expensive fight against the Islamic State of Iraq and Syria (ISIS).

The move revives a long-sought ambition by Iraq to be a gas exporter, thanks to a joint venture with Anglo-Dutch Royal Dutch Shell PLC and Japan's Mitsubishi Corp. Iraq first planned to begin exporting gas in the late 1970s, but that timeline was delayed by the Iraq-Iran war when Iraqi export ports were bombed.

A Panama-flagged gas carrier sailed Sunday afternoon from Iraq's southern port of Umm Qasr on the Persian Gulf with a cargo of about 10,000 standard cubic feet of gas in the form of condensates, Oil Ministry spokesman Assem Jihad said.

Jihad wouldn't reveal how much the cargo was worth or the buyer, but he added that the next cargo will be shipped by the end of this month.

In November 2011, Iraq signed a $17 billion deal to form a joint venture to gather, process and market gas from three oil fields in the oil-rich province of Basra. The fields are the 17.8 billion-barrel Rumaila, the 4.1 billion barrel Zubair field and the 8.6 billion barrel West Qurna Stage 1.

In the 25-year joint venture, called the Basra Gas Company, Iraq holds a 51-percent stake and Royal Dutch Shell has 44 percent, with the remaining 5 percent for Mitsubishi.

According the International Energy Agency, Iraq has estimated natural gas reserves of 112 trillion cubic meters, making it the 11th largest in the world.

The inauguration of Iraq's gas industry is meant to boost the coffers of a government badly in need of cash to fund ongoing military operations against ISIS, who control key areas of northern and western Iraq, including the second-largest city, Mosul.

Like other oil-reliant countries, Iraq's economy has been severely hit by plummeting oil prices since 2014, plunging the nation into an acute financial crisis despite record crude oil export levels. The crisis has forced Prime Minister Haidar al-Abadi's government to introduce austerity measures by eliminating government posts, merging some ministries, halting spending on construction projects and imposing new taxes to pay for civil servants and fund the military.

According to Oil Ministry figures, Iraq exported an average of 3.225 million barrels a day in February 2016, far below levels planned for this year's budget. Last month exports grossed about $2.2 billion, based on an average price of about $23 per barrel.

Iraq's 2016 budget is based on an expected price of $45 per barrel with a daily export capacity of 3.6 million. As a result, the nearly $89.7 billion budget has a deficit of over $20.5 billion. Officials plan to cover the shortfall with loans from local and international lenders.