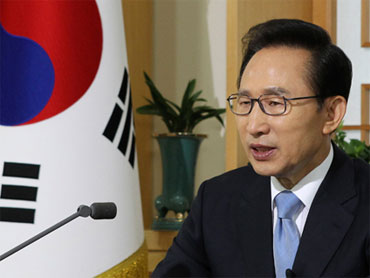 People are boarding planes as often as they did before the Sept. 11, 2001, hijackings — and complaints about airline service are growing as well, says an annual survey of carrier quality.

The year 2000 was the high watermark for flight delays, cancellations and seething passengers left stranded in terminals.

"We found that this year, for the second year in a row, airline quality as a whole has gone down across the industry," Dean Headley, a co-author of the study and associate professor at Wichita State University, told CBS Radio News.

Customers' biggest gripe is likely to be lost baggage.

"It's a 25 percent increase in mishandled baggage from '04 to '05," Headley said. "The flight delays and cancellations and things like that, that's what shows up through the customers complaints, and that's up about 17 percent this year."

Intense competition from low-fare airlines and high jet-fuel prices have forced many established carriers to cut back or charge passengers for amenities.

The last time complaints were this high, says Headley, was before Sept. 11.

"Since then, we've moved about 5 years into the future, and we have 200,000 less employees, a lot of which had to do with baggage or other things of getting an airplane from A to B," he said.

Many airlines no longer serve meals on flights. Some charge for pillows. And there's a price now for overweight or extra bags.

"Airlines know their consumers," Headley said. "I'm not sure they know how far they can push them."

David Castelveter, spokesman for the Air Transport Association that represents most U.S. carriers, said airlines know their service has suffered and they're trying to improve it.

"They're trying their best," he said. "They're taking advantage of technology to make the airport experience more pleasant."

Airlines have installed ticketing kiosks and machines that read boarding passes at the gates, and they've added flight delay information to their Web sites, Castelveter said.

But airlines don't have control over all the things that annoy passengers, the industry spokesman added.

"They're dealing with weather delays, air traffic control delays and new security measures," he said. "You've got airplanes misconnecting, passengers misconnecting and baggage misconnecting. That all translates into unhappy passengers."

The Airline Quality Rating study is based on Transportation Department statistics for airlines that carry at least 1 percent of the passengers who flew domestically last year. It's sponsored by the University of Nebraska-Omaha's aviation institute and Wichita State.

Among the study's conclusions: