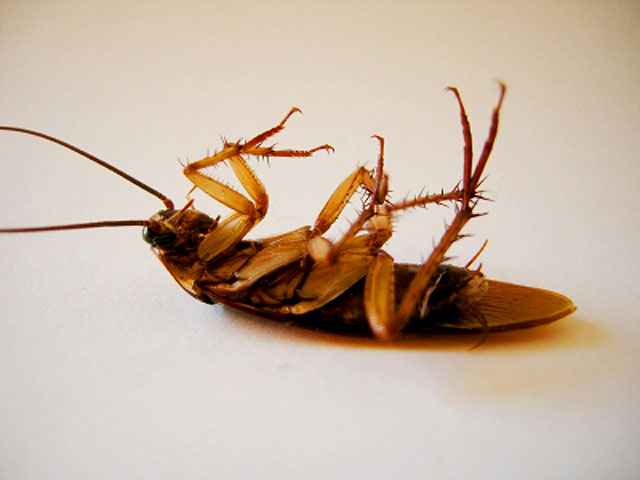 Summer weather can make for hot, sticky and uncomfortable days. And if staying cool and keeping hydrated aren’t enough to worry about, heat waves could cause cockroaches to take to the skies. Yes, you read that right. Flying cockroaches.

“Cockroaches, like all insects, are cold-blooded, meaning their activity rate increases with temperature,” said Jules Silverman, an entomologist and professor at North Carolina State University, in an interview with Live Science. (Cold-blooded creatures are ectothermic, which means they depend on external heat to keep their bodies warm.)

This also means that the species of cockroach that are able to fly (and most of them are capable) are probably more likely to do so in warmer places, said Silverman. [Alien Invaders: Photos of Destructive Invasive Species]

If you think that flying cockroaches​ are especially horrific, you probably live somewhere with a colder climate and a denser human population. Flying cockroaches in the subways of New York have garnered some headlines, but “flight of the cockroach” is not so common up north, said Michael Bentley, staff entomologist​ for the National Pest Management Association. People in the southern states are likely to miss what all of the fuss is about. “Down in Florida, they fly a lot more,” Bentley told Live Science. “They have to cover a greater distance to find food.”

In big cities, these insects have ample access to food that doesn’t require aerial travel. As a result, the muscles the roaches use to fly aren’t as primed. Sweltering summer heat, however, can give them enough energy to spread their wings. They may fly for various reasons, including to find mates, to find food or to escape a predator (or a stomping foot).

No matter where you live, don’t expect cockroaches to fill the skies. They aren’t exactly ace flyers. “It’s relatively controlled, but not as graceful as something like a butterfly,” said Bentley. What they do is more of a controlled glide, although their wings do flap. The distance and heights they reach​ are more akin to those of a cricket than a bird​, according to Bentley.

Another important point, said Silverman, is that the cockroaches with which many people are most intimately acquainted can’t fly. The small roaches that often live in homes, called German cockroaches​, have wings, but they are unable to get airborne. American cockroaches​, a less common and much bigger pest, can fly.

If you have a run-in with a flying roach, don’t get too concerned: Although it’s unnerving, they aren’t trying to attack you. “There is nothing dangerous about flying cockroaches, other than an irrational fear driving people to distraction,” said Silverman.