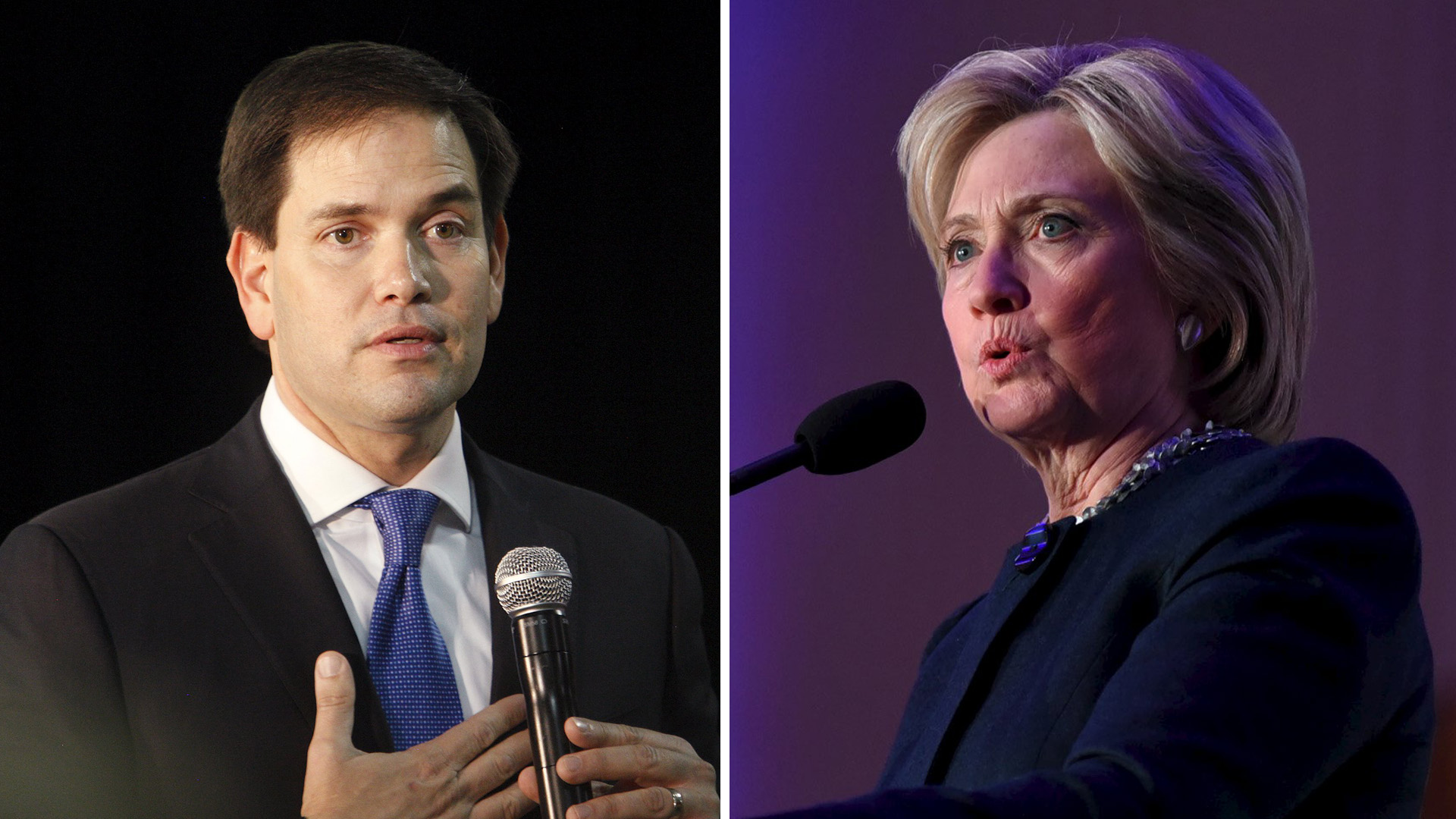 As the race in Florida tightens, some voters have resolved to support Democrat Hillary Clinton in the presidential race and Republican Marco Rubio in his Senate re-election bid. And while these voters could help Clinton now, they have the potential to haunt her later.

Warren Chase is one of the lifelong Florida Republicans who will vote for Clinton. After having volunteered in seven Republican presidential campaigns, he calls his decision to leave the Republican Party -- and register as an independent -- an emotional one. But also says it had to be done.

“I view Trump as a threat to our national security from within our own borders. It is that basic,” explains Chase.

“There are times when we all have to take a stand. For me that time is now to say country first, party second. And to say no to Donald Trump,” Chase says in a radio ad that he made for the Clinton campaign.

Still, even though Chase has left the Republican party, he is voting for Rubio, who is narrowly leading his Democratic challenger, Rep. Patrick Murphy, in the polls. And Chase is not alone.

Linda Fogg, a lifelong Republican living in Florida, has started a group called “Republicans for Hillary.” The group has taken root, with about 40 members, in The Villages, FL. The location is significant as it is the largest retirement community in the country and a reliably Republican stronghold. Though in Fogg’s eyes, Trump has been the catalyst for the Republican party’s implosion.

“When we have a candidate at the top of the ticket that insults women, minorities, immigrants, our war heroes like John McCain, and mocks the disabled, this individual is not a candidate for president of the United States. I don’t believe he’s qualified to lead anything, including my local homeowners association,” Fogg says with a laugh.

Fogg speaks in lukewarm terms about Clinton and has absolute plans to return to the Republican Party in 2020. What if there is a Clinton-Rubio matchup? “Without a doubt” Fogg says she will cast her vote for Rubio. According to Fogg, just about everyone in her “Republicans for Hillary” group is casting a split ballot this go-round and could return to the GOP in earnest in 2020.

More than 6 million ballots have been cast in Florida via early voting, and Democrats have an advantage of about .5 percent in the current totals. Yet voters like Linda and Warren prove that those numbers cannot be interpreted so simply.

“The numbers now say they are pretty much even but that does not necessarily mean they are even in terms of votes,” says Steve Schale, Obama’s Florida State Director in 2008. “If just 2 percent Republicans vote for Clinton than Democrats who vote for Trump that is almost an entire point in somebody’s column.”

There is also a group of Hispanics -- Republican, Democrat and no-party affiliation voters alike -- who are going to split their ticket.

Sarah Guerrero, a 19-year old Columbian-American living in Tampa, has given up on the GOP because of the Trump factor.

“I am a female Hispanic immigrant I could not imagine having a president saying the things Donald Trump has expressed,” she says, in explaining why she is voting for Clinton. “I am heartbroken for the Republican Party. I registered as a Republican when I turned 18...Then Donald Trump. He just kind of alienated us, at least for Hispanic Republicans.”

Guerrero has not given up forever, she hopes that leaders like Rubio can re-create the party she once identified with. If he gets into the race in 2020, she says she will vote for him.

Even though Rubio has said he will serve his full six-year Senate term, Florida Republicans tend to think he’ll run for president again in 2020.

“If Hillary wins, that is the matchup Marco has been waiting for,” explains David Johnson, formerly the state’s Republican Party interim executive director.

Other establishment Republicans in Florida, like the former party Chair Al Cardenas, are not worried about these split-ticket voters Clinton supporting her four years from now.

“If Republicans are voting for Clinton and Rubio it means they are not leaving the party altogether. If they did not split vote and went all the way with Democrats and left republican party in droves that would be a real problem,” explains Cardenas, an anti-Trump republican.

Some split ticket voters are willing to put it bluntly, saying Clinton should be weary of losing their support four years from now

“Yes, she should be afraid,” asserts Karen Diaz Suarez, a 57-year-old old Puerto Rican who is voting for Clinton and Rubio. What about 2020? “If he runs, we will see.”