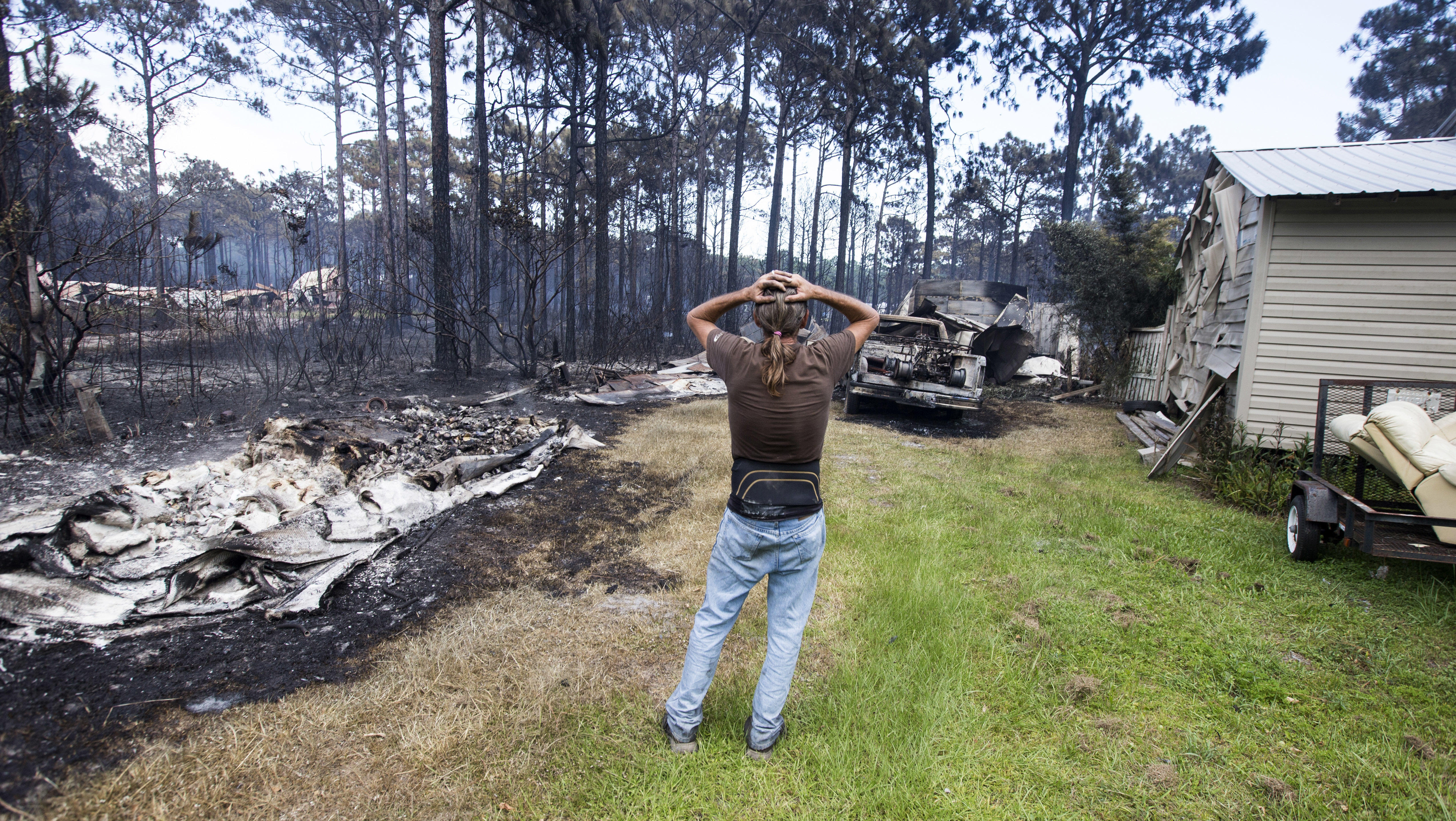 TALLAHASSEE, Fla. -- A quick-moving wildfire that ravaged a north Florida coastal community and destroyed 36 homes was sparked by a controlled burn conducted by state-hired contractors, authorities said Wednesday. Agriculture Commissioner Adam Putnam said an investigation by his office eliminated other possible causes, including lightning, arson or an accidental cause.

"My heart goes out to those affected by this devastating wildfire, and I thank all of our partners in the response effort to stop the spread of the fire," Putnam said in a statement.

The fire broke out late Sunday in Eastpoint, which is near the historic town of Apalachicola in Florida's Panhandle. Authorities evacuated the area and no one died as a direct result of the fire, but it left devastation in its wake for local residents who lost everything.

"I was scared to death. I saw them flames in my backyard -- my whole backyard was on fire when I left," Amanda Hall told the Tallahassee Democrat. "When I left I couldn't even see in front of me -- the smoke was so thick. I didn't even know if I was on a road or not.

"I lost everything -- even my animals. I had no time to get them out," said Hall, who told the newspaper she had six cats. "All I got out was my dog because he ran with me."

The fire burned more than 800 acres and officials said they were suspending the practice of control burns statewide while they investigate what happened. Controlled burns are used as a tool to manage forests, which includes burning away underbrush to lessen the danger of future wildfires.

The Florida Fish and Wildlife Conservation Commission said in a statement that a private company was contracted to burn 480 acres on June 18. The agency said 580 acres of private land separated the controlled burn from the Eastpoint neighborhood.

Doug Williams, the owner of Wildlands Service, told the Tallahassee Democrat he had not been contacted by state officials and did not know that Putnam said investigators had determined his company was responsible for the wildfire.

CBS Tallahassee affiliate WCTV reports that the Franklin County Sheriff's Office created a victim relief fund to help those impacted by the fire. The fund raised more than $57,000 by Wednesday morning, and the goal is to raise at least $150,000, according to authorities.