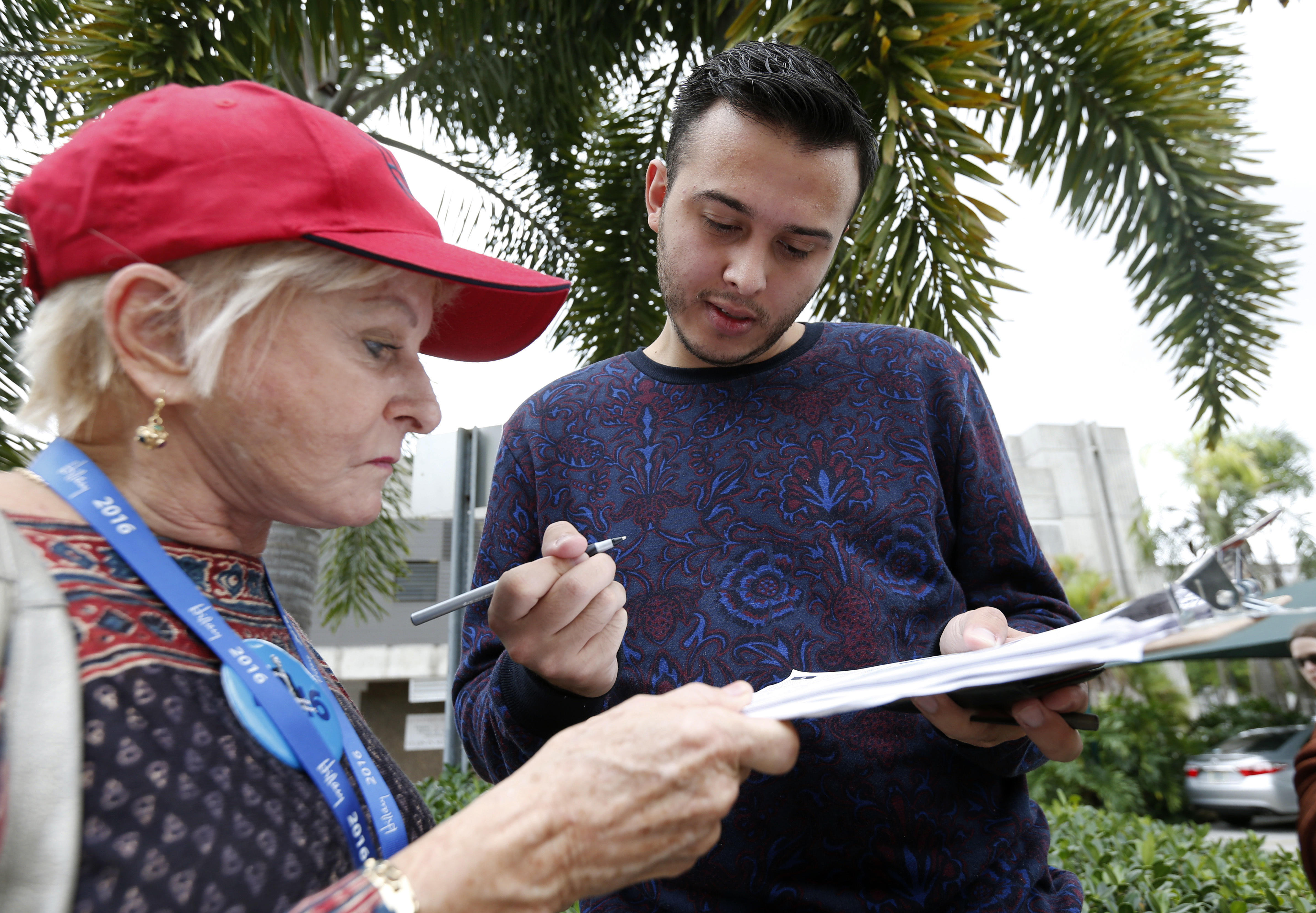 TALLAHASSEE, Fla. -- Calling the state’s current law “illogical” and “bizarre,” a federal judge late Sunday ordered the state of Florida to give thousands of voters a chance to make sure their vote-by-mail ballots are counted.

U.S. District Judge Mark Walker ruled that county election offices should notify voters if their signature on a vote-by-mail ballot and their voter registration forms don’t match. Voters would then be given a chance to fix the problem by 5 p.m. the day before the election.

The Florida Democratic Party sued the state because currently voters who don’t sign their vote-by-mail ballot are given a chance to fix it. But voters whose signatures don’t match aren’t told about the problem until after the election is over and their ballot is discarded.

“It is illogical, irrational, and patently bizarre for the state of Florida to withhold the opportunity to cure from mismatched-signature voters while providing that same opportunity to no-signature voters,” Walker wrote. “And in doing so, the state of Florida has categorically disenfranchised thousands of voters for no reason other than they have poor handwriting or their handwriting has changed over time.”

It is not clear exactly how many voters would be affected by the decision. But more than 23,000 vote-by-mail ballots were rejected by Florida election officials during the 2012 presidential election where President Barack Obama carried the state by slightly more than 74,000 votes.

Nearly 513,000 Floridians have already voted by mail according to data compiled by the Florida Division of Elections. And another 2.4 million vote-by-mail ballots have been requested.

Judge Walker, citing the contentious 2000 Florida election where George W. Bush carried the state over Al Gore by 537 votes, said he needed to act because the current practice was enough of a burden to affect the outcome of an election and “by extension, our country’s future.”

Florida’s Republican-controlled Legislature in 2004 passed a law that said all vote-by-mail ballots that had mismatched signatures or did not contain a signature were to be tossed out. But then in 2013 legislators changed the law to allow people who turned in a ballot without a signature to fix the mistake prior to the election.

Detzner, the state’s top election official, did not try to defend the current law. Instead his lawyers asserted that he could not order county election offices to correct the problem and that he was not the proper person to sue. Walker disagreed sharply in his decision.

Walker rebuked Detzner on Saturday in a separate scathing ruling connected to the same case. The judge accused Detzner of delaying a hearing on the lawsuit “so that he could use every second available to run out the clock” so there wouldn’t be enough time to address problems raised in the lawsuit. The judge also said Detzner’s actions amounted to an “undeclared war” on the right to vote in Florida, the largest swing state in the presidential election.