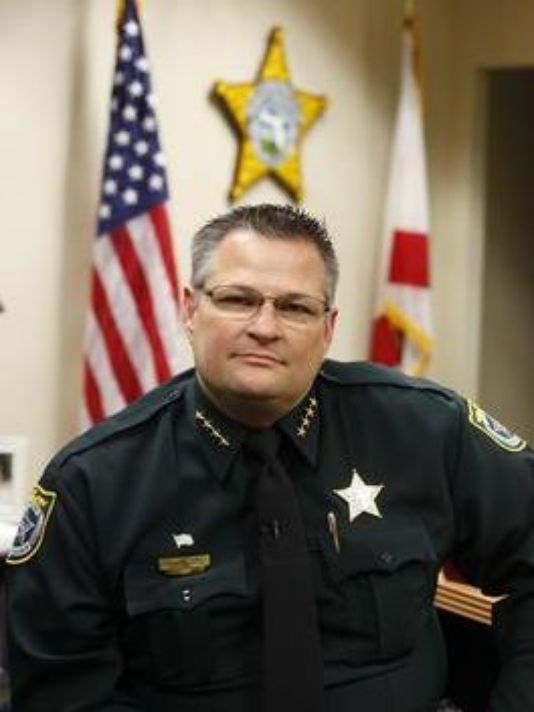 After being introduced by dramatic horns in front of fancy computer graphics, Brevard County Sheriff Wayne Ivey had a message for his constituents: "One of the great things about being sheriff is that you're able to do and say what needs to be said and done to protect the citizens of your community."

The thing that needs to be done, according to Ivey, is for the "good guys" to arm themselves, and shoot the "bad guys" if they get a chance.

In a Facebook message that has since gone viral, the sheriff said said he was "sick and tired" of terrorists who just want "their 15 minutes of fame."

He referenced shootings in San Bernardino, Texas, South Carolina and even his own home county to illustrate the point that everything is a target for terrorists and "active shooters."

Ivey said that wasn't the only thing worrying him.

"Equally concerning is the fact that there are those in this country who are in a position to speak out by voicing strength and taking action who appear more concerned about being politically correct than they are about protecting those they took an oath to protect and serve," Ivey said.

While saying this wasn't about "politics" or "religion," and instead had everything to do with "liberty," Ivey repeatedly said political correctness was making things more dangerous for everyone, and it was forcing him to speak out.

"It's time for America to get back to being America," Ivey said, before adding: "The only thing that stops a bad guy with a gun is a good guy with a gun."

Ivey said he wants people to train themselves in how to handle a firearm so in an active shooter situation they can take an active role "until the cavalry can arrive."

While Ivey said he's "not encouraging vigilantism," not all in law enforcement encourage his plan.

Detective Larry McKinnon, a Hillsborough County Sheriff's Office spokesperson, told CBS affiliate WTSP in Tampa that mass shootings don't happen in a vacuum. They are chaotic, and most people are not trained to deal with the adrenalin rush and confusion of a bloodbath.