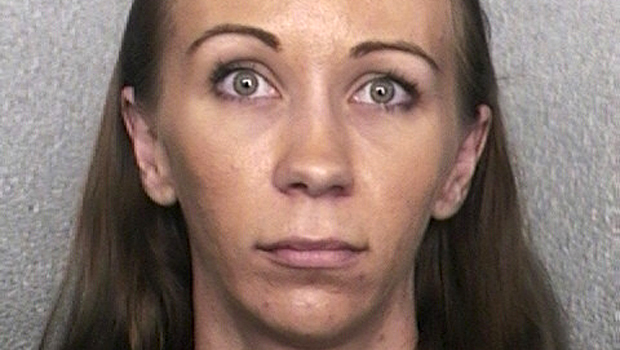 WEST PALM BEACH, Fla. - A Florida woman jailed in a long-running dispute over her son's circumcision has been released after nine nights behind bars.

She's been portrayed as a martyr by anti-circumcision advocates around the country who have followed her case with rapt interest.

Hironimus and her 4-year-old-son's father, Dennis Nebus, have been warring for years over whether to have the boy's foreskin removed. She initially agreed in a parenting agreement filed in court, then changed her mind, giving way to a long legal fight. Circuit and appellate judges have sided with the father.

With her legal options dwindling, Hironimus went missing in February, and ignored a judge's order that she appear in court and give her consent for the surgery to be performed. A warrant was issued, but she wasn't located until May 14 at a Broward County shelter where she was staying with her son.

Brought before Judge Jeffrey Gillen on Friday, Hironimus again declined to sign a consent form for the surgery, and she was advised she would remain jailed indefinitely. After the hearing recessed and she reconsidered, she reluctantly agreed to sign, sobbing as she put pen to paper.

Though the signature solved a contempt charge against her, she still faces a criminal charge of interference with child custody.

Lawyers for both the mother and father have declined to comment, citing an ongoing gag order in the case. The parents had a six-month relationship but were never married. The father has called circumcision "just the normal thing to do."

In court on Friday, the father's attorney said the surgery had not yet been scheduled, but Gillen gave him sole authority, temporarily, for the boy's medical decisions, and granted a motion to allow him to travel out-of-state to have the procedure completed.

The woman's mother, Mary Hironimus, said "intactivists" - anti-circumcision activists - planned to reach out to doctors around the country to urge them not to perform the circumcision.

Georganne Chapin, executive director of Intact America, which advocates against circumcision, said the images of a distraught Heather Hironimus signing the form to allow the surgery show how she was "bullied" into it and that she doesn't truly give her consent.

"If anyone finds out the circumstances under which she signed, a doctor would be insane to carry out that surgery," she said.