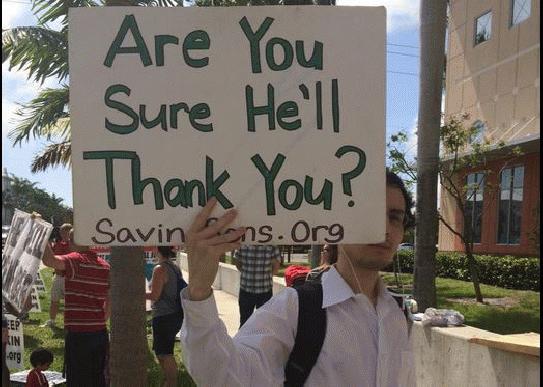 DELRAY BEACH, Fla. - A judge has ordered the arrest of a Florida woman who fled with her son to prevent his circumcision.

Despite warnings to a lawyer for Heather Hironimus last week and the filing of a contempt charge, she did not show up in court with the 4-year-old boy Tuesday.

The judge in the case had given Hironimus a 2 p.m. deadline on Tuesday to appear in court to discuss the next steps in the case.

Her attorney said Hironimus is staying in a shelter for victims of domestic violence and that the child is "scared to death" of the procedure.

The boy's father, Dennis Nebus, wants it done and the judge said at last week's hearing the procedure would still be safe for the young boy, CBS News affiliate WPEC reported.

Hironimus initially agreed to have her son circumcised but then changed her mind, leading to a long court fight with the boy's father. Judges have sided with the father.

The case has drawn protests and widespread attention from anti-circumcision advocates who deride the surgery as barbaric.