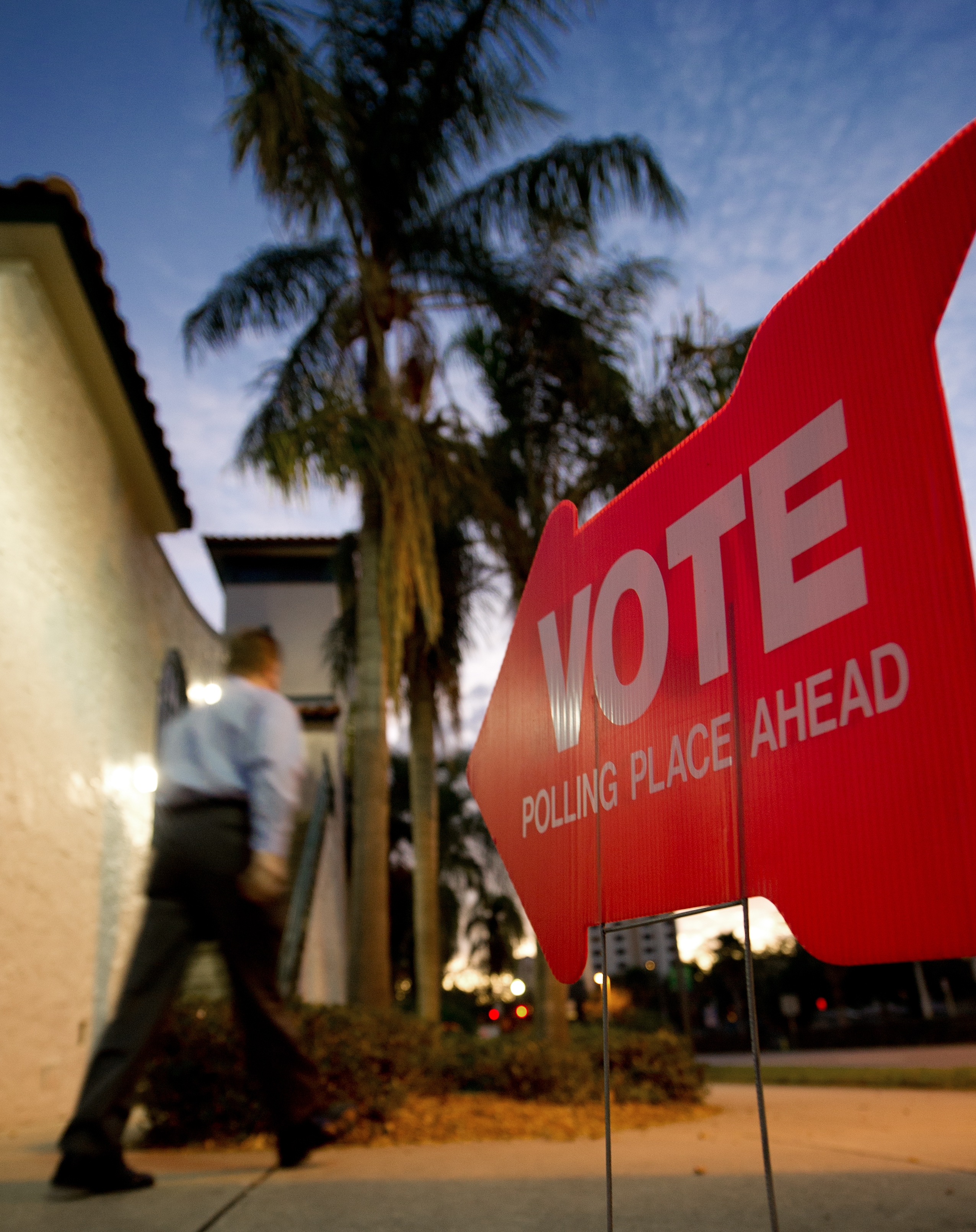 (CBS News) Despite continued efforts by Florida officials to proceed with a controversial sweep of the state's voter rolls, election officials in many of Florida's 67 counties have decided not to proceed with the process, according to the Florida State Association of Supervisors of Elections.

At least one county, however, is proceeding with the identification and purge of non-citizens.

The U.S. Justice Department ordered the state to halt the process earlier this week, citing concerns that it violated the Voting Rights Act of 1965 and the 1993 National Voter Registration Act. Florida Secretary of State Ken Detzner, however, "respectfully" disagreed with the decision in a letter of response, and suggested it would continue with its efforts.

Each county election supervisor has the authority to halt the process, which began months ago and aims to identify and purge non-citizens from the state's voter rolls. A list of 2,600 potential non-citizens was initially identified across the state based on a cross-search of data from the Florida Department of Elections and the Department of Highway Safety and Motor Vehicles. Voters were to be notified by letter that they had been identified as potentially ineligible to vote, and had thirty days upon receipt of the letter to provide documentation of their citizenship or face removal from the polls.

But the database relies on some outdated driver's license information, and a number of the people on the list of possible non-citizens have since proven their citizenship, according to the state's election department. Opponents of the purge argue that the efforts disproportionately targeted Latinos and Democrats.

Ron Labasky, the general counsel for the Florida State Association of Supervisors of Elections (FSASE), told CBS News he advised election officials in Florida not to proceed with the purge until the list of potential non-citizens had been more thoroughly vetted, a process to which he said the state had already agreed.

Miami-Dade County is among the counties that say it will not proceed with the process until the state is able to more thoroughly vet the list.

"The Supervisor of Elections has chosen to exercise her discretion under the law and has not taken any removal action under the State's Non-U.S. Citizen Project, other than those whose ineligibility has been demonstrated by a preponderance of evidence," said Christina White, from the Miami-Dade Elections Department. "No removal action will take place until the State conducts a more comprehensive vetting process against current, credible and reliable data sources."

According to White, 14 of the 1,637 names provided by the state had admitted voting ineligibility. In contrast, 514 provided proof of citizenship and 35 told the department they do so before the 30 days expired.

Election officials in Collier County, however, have decided to proceed with the process. According to Tim Durham, the county's chief deputy supervisor of elections, 10 of the 27 names provided by the state have been removed from the voting rolls. Four, he says, signed affidavits affirming that they are not citizens. He said that the list of voters identified as non-citizens comprised of 10 Republicans, 7 Democrats, and 10 people who said they did not identify with a specific party. Ten of the 27 were identified as non-Latino Caucasians, three as non-Latino blacks, 11 as Latinos, one as "other" and two as unknown.

Despite the controversy, Detzner reiterated his commitment to removing non-citizens from the state's voter rolls in a Friday interview on CNN.

"I'm confident that our due process will make sure that everyone is treated fairly going forward and no eligible citizens will be eliminated from the voter rolls," he said. "I can tell you, I hear from people every day that call my office and explain that they do not want their vote eliminated by a non-citizen who is registered to vote. That's the mission that I'm undertaking and I want to make sure this fall that everyone who is eligible to vote will vote and that votes will be counted here in Florida."

But Chris Cates, a spokesperson for the Florida Department of Elections, suggested the department is more interested in gaining access to a more comprehensive database than proceeding with the current process.

"We have a year-round obligation to ensure the voter rolls are accurate," Cates said. He added, however, that "we agree that the information needs to be better and can be better."

Ultimately, he says, the department hopes to gain access to a database from the Department of Homeland Security, which he says would be able to provide more accurate information.

"I think that if we were just able to get that inclusive information then the supervisors would really be required by law to act on such reliable information," he said.