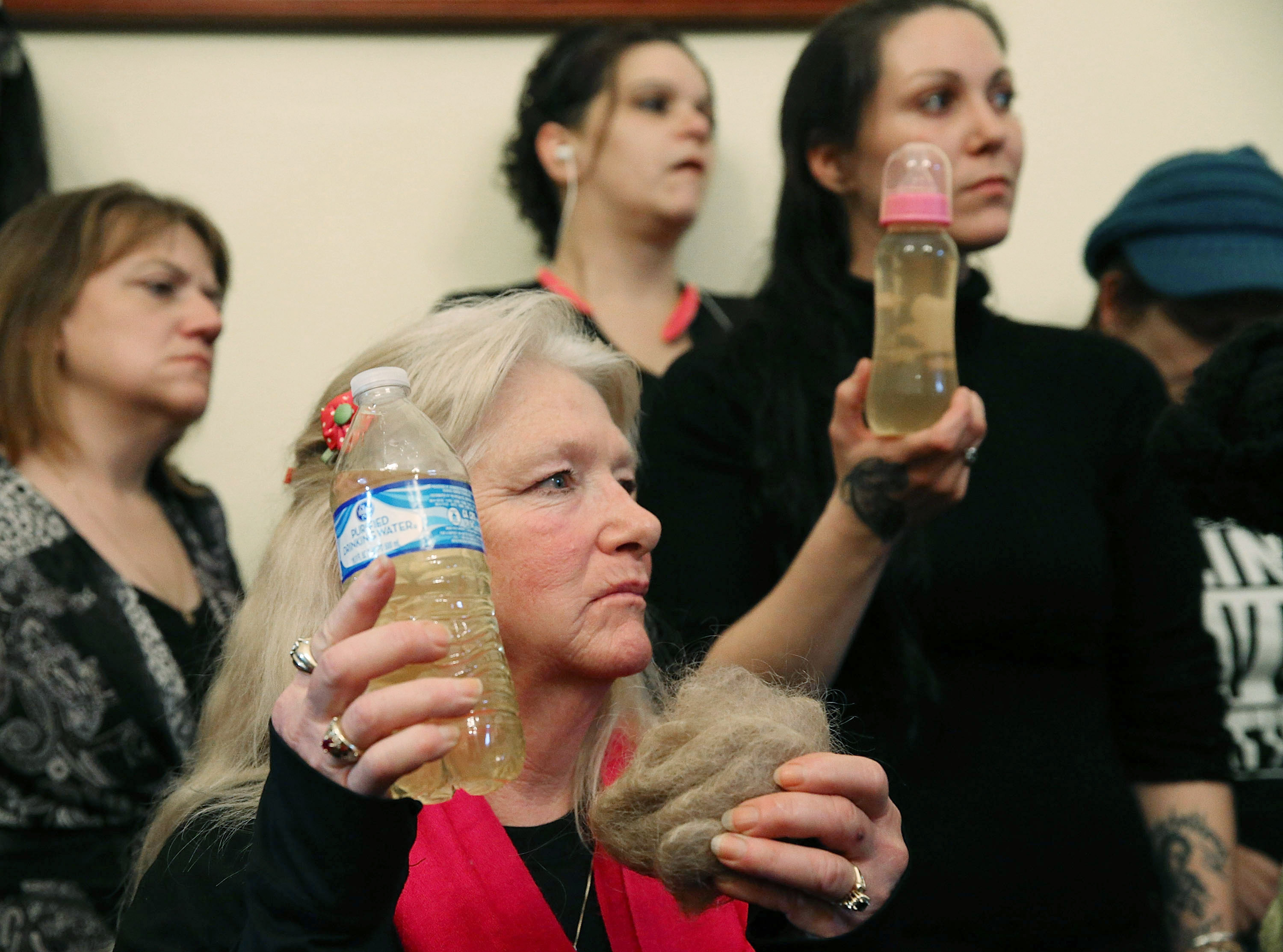 WASHINGTON -- A federal watchdog is calling on the Environmental Protection Agency (EPA) to strengthen its oversight of state drinking water systems nationally in the wake of the lead crisis in Flint, Michigan. The EPA's Office of Inspector General (OIG) says in a 74-page report that the agency must take steps now to be able to react more quickly in times of public health emergencies.

Flint's tap water became contaminated with lead in 2014 after officials switched from the Detroit system to the Flint River to save money. The City of Flint didn't implement proper water treatment procedures to stop the corrosive water from breaking down aging lead pipes, exposing many residents to the potent neurotoxin in their drinking water. Some children were found to have elevated lead levels in their blood, leading to long-term health concerns. The EPA says there is no safe level of lead.

The OIG report points out "oversight lapses" at the federal, state and local levels. It says the EPA didn't implement management controls that could have created more informed and proactive decision-making during the water crisis. The report also claims the federal response was delayed, in part, because the EPA failed to establish clear roles and responsibilities, risk assessment procedures, effective communication, and proactive oversight tools.

"While oversight authority is vital, its absence can contribute to a catastrophic situation," EPA Inspector General Arthur A. Elkins said in a news release. "This report urges the EPA to strengthen its oversight of state drinking water programs now so that the agency can act quickly in times of emergency."

The finding comes as the Trump administration seeks to cut the EPA's budget, including some drinking-water programs. The administration also has called for rolling back federal environmental regulation overall and transferring more oversight authority of some programs to the states.

Rep. Dan Kildee, who was traveling to Flint on Thursday to inspect work done on the city's water system, said the state bore most of the blame for the slow response to the health crisis, but also said "the EPA should have been more aggressive."

The report highlights a breakdown in communication between the EPA Region 5 office in Chicago and the Michigan Department of Environmental Quality (MDEQ), which resulted in unclear roles and responsibilities and slowed intervention in Flint. The report states that "key information about human health risks from lead" was not conveyed effectively and limited the EPA's knowledge about the situation.

The report includes nine recommendations intended to strengthen EPA oversight of safe drinking water programs and corrosion control measures. The EPA said in a statement it agrees with the inspector general's recommendations and is adopting them "expeditiously."

"Since learning of the water crisis, I have called on the EPA to conduct a full investigation into what went wrong and how government failed Flint. In Congress, I have worked to pass new laws, like the Kildee-Upton law, that now requires the EPA to immediately notify the public after learning of high levels of lead in drinking water," Kildee said. "I will continue fighting to make sure that Flint families have the resources they need to recover from this man-made tragedy and work so that a similar crisis does not happen elsewhere."

The switch to the Flint River was to be temporary, until the city could connect to a planned regional pipeline from Lake Huron. At that time, the impoverished majority-black city of nearly 100,000 residents was under control of an emergency financial manager appointed by Republican Gov. Rick Snyder.

Residents complained the river water smelled and tasted bad and was causing skin rashes and other health problems. Local officials insisted it was safe.

After tests showed high levels of lead in a home in April 2015, Miguel Del Toral, a water regulations official in EPA's Chicago office, contacted officials with MDEQ. Del Toral also alerted superiors at EPA who decided not to make the information public, instead prodding the state agency to act behind the scenes. After a draft of Del Toral's report was leaked, EPA's regional administrator apologized to the city.

In emails later released through public-records requests, Del Toral voiced frustration over EPA's slow pace and described the agency as a "cesspool."

In January 2016, the EPA notified Michigan that its actions were inadequate and ordered stronger intervention. The agency's regional administrator in Chicago, Susan Hedman, resigned the next month. The preliminary inspector general's review later that year found the regional EPA office should have had "a greater sense of urgency" and was too deferential to the state.

Former EPA Administrator Gina McCarthy acknowledged during congressional hearings that her agency should have been more aggressive in testing the water and requiring changes but said the federal agency "couldn't get a straight answer" from Michigan officials about what was being done in Flint.

"We were strong-armed. We were misled," McCarthy said. "We were kept at arm's length. We could not do our jobs effectively."

Republican lawmakers accused McCarthy and the Obama EPA of incompetence and neglect.

Snyder ended water distribution in Flint last April, saying water quality had improved significantly. The state environmental agency this week said tests during the latest six-month monitoring showed lead levels were beneath the action threshold and better than those of some other Michigan cities.

The Michigan attorney general's office has filed criminal charges against 15 state and local officials in the Flint matter, which also has spawned numerous lawsuits.