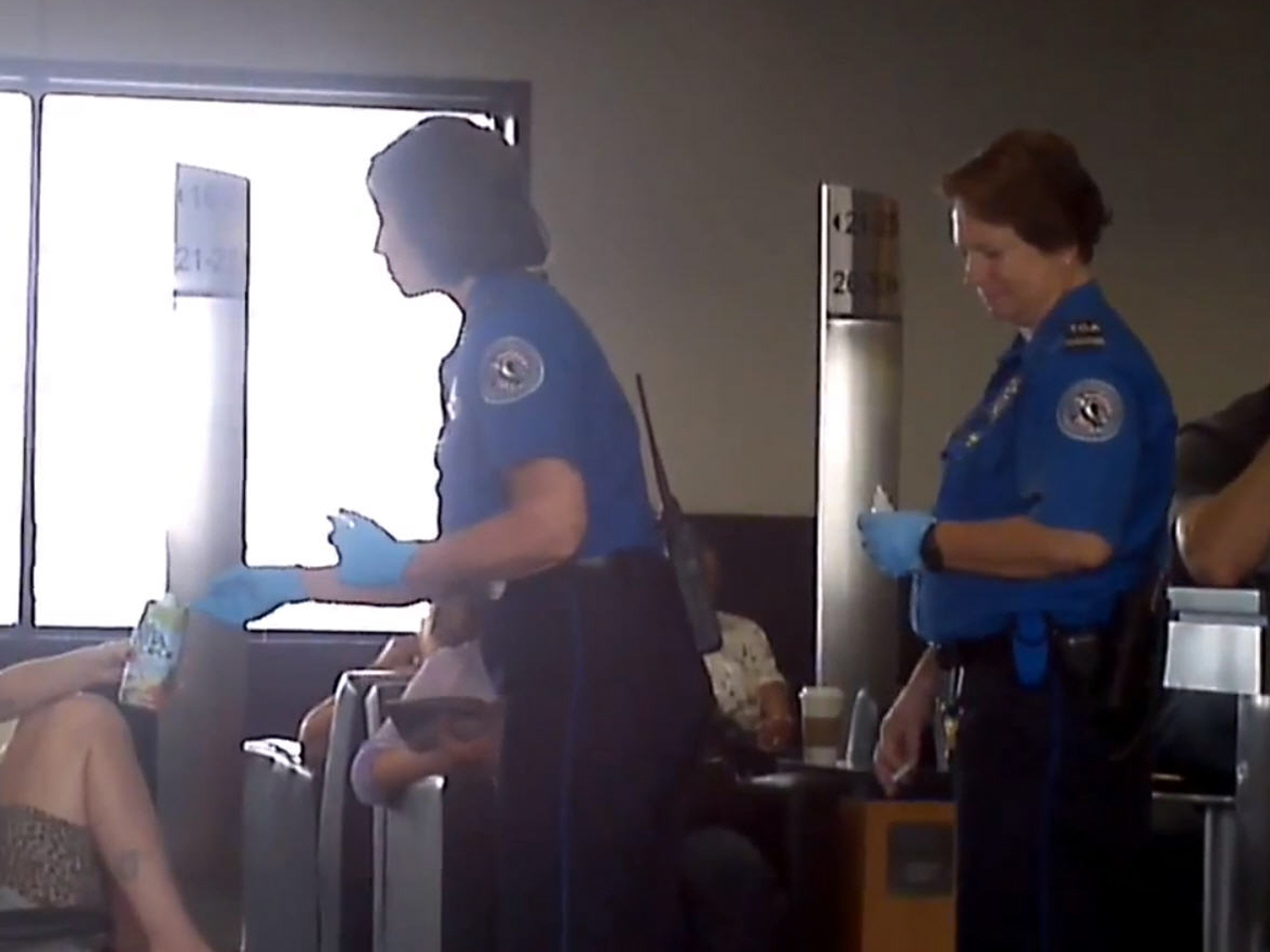 (CBS News) A YouTube video apparently recorded at an Ohio airport during the Labor Day weekend brought new attention to a security procedure that the Transportation Security Administration says has been in place for years: Testing liquids for threats after security checkpoints.

The video appears to show two TSA agents testing several passengers' drinks at Ohio's Port Columbus International Airport Sunday, according to the person who posted it to YouTube Monday. It then received coverage from the website Infowars.com, which calls the procedure "a bizarre new way to waste time and taxpayer dollars."

(Scroll down to watch the video)

But TSA spokesman David Castelveter said the procedure wasn't new and called it "one of a number of layers of U.S. aviation security."

"We are doing what we are doing to ensure the safety of the traveling public," Castelveter said.

He referred to the agency's blog, which wrote about the procedure in July and says the practice has been in place since the summer of 2007.

The agents in the video appear to follow how the blog post outlines the procedure: One waves a test strip above the opening of a drink and then the other applies a liquid on the strip away from the drink. The TSA says the liquid is a "nontoxic solution."

TSA guidelines limit the amount of liquids that can pass through security checkpoints, under a policy announced in 2006. Then-TSA Administrator Kip Hawley told reporters at the time that passengers wouldn't need to worry about having to prove that they bought drinks after going through the checkpoints.

"When it's in the sterile area it's already been cleared," he said, according to a TSA transcript of the press conference.

Castelveter didn't say the 2007 change was the result of a specific incident or threat. He also said food and drinks are still checked for threats before being stocked and sold inside secure areas.

"It's constantly evolving," said the spokesman. "We're constantly revising our security procedures for those that have intent to do bad things to the American people."