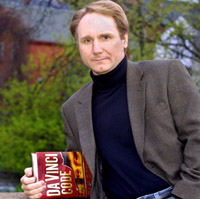 Valeri Bure just about did it all for the Calgary Flames.

Bure scored one goal and assisted on three others, including Jeff Shantz's overtime winner, to lead the Flames to a 4-3 victory over the Ottawa Senators on Thursday night.

"We just made the simple plays and once we turned it up, good things happened," said Bure.

Andre Roy, Magnus Arvedson and Radek Bonk scored for the Senators (6-3-1-1), who lost at home for the first time in six games.

Bure set up power-play goals just 36 seconds apart in the second period by Housley and Shantz to tie the game 2-2.

Then, with the Flames trailing 3-2 midway through the third, Bure broke in on goaltender Ron Tugnutt and poked in his own rebound while falling. The goal was Bure's ninth, just one behind league-leading Brian Savage of the Montreal Canadiens.

"We knew when we traded for him last year he had big-time character," said Flames coach Brian Sutter. "He always plays the same."

In overtime, Bure carried the puck into deep into the Senators' end and threw it in front, where Shantz poked the puck under Tugnutt's pads 3:07 into the extra period.

"They were finishing their checks, shooting pucks, driving to th net," said Roy, who scored Ottawa's first goal after picking up a loose puck in front of Grant Fuhr. "In overtime, they had wings."

After Arvedson beat Fuhr on a screened shot to give Ottawa a two-goal lead in the first period, Calgary took advantage of Senators penalties with power-play goals by Housley and Shantz just 36 seconds apart to tie the game.

Ottawa's penalty-killers entered the game ranked second in the league at 90.6 per cent, while Calgary's power play ranked 13th at 18 per cent. Calgary finished 2-for-2 on the power play and Ottawa was 0-for-3.

"We got a 2-0 lead and then we stopped playing," said Bonk, who gave the Senators a 3-2 lead with a breakaway goal at 15:33 of the second. "We didn't get going at all, we should have won that game.