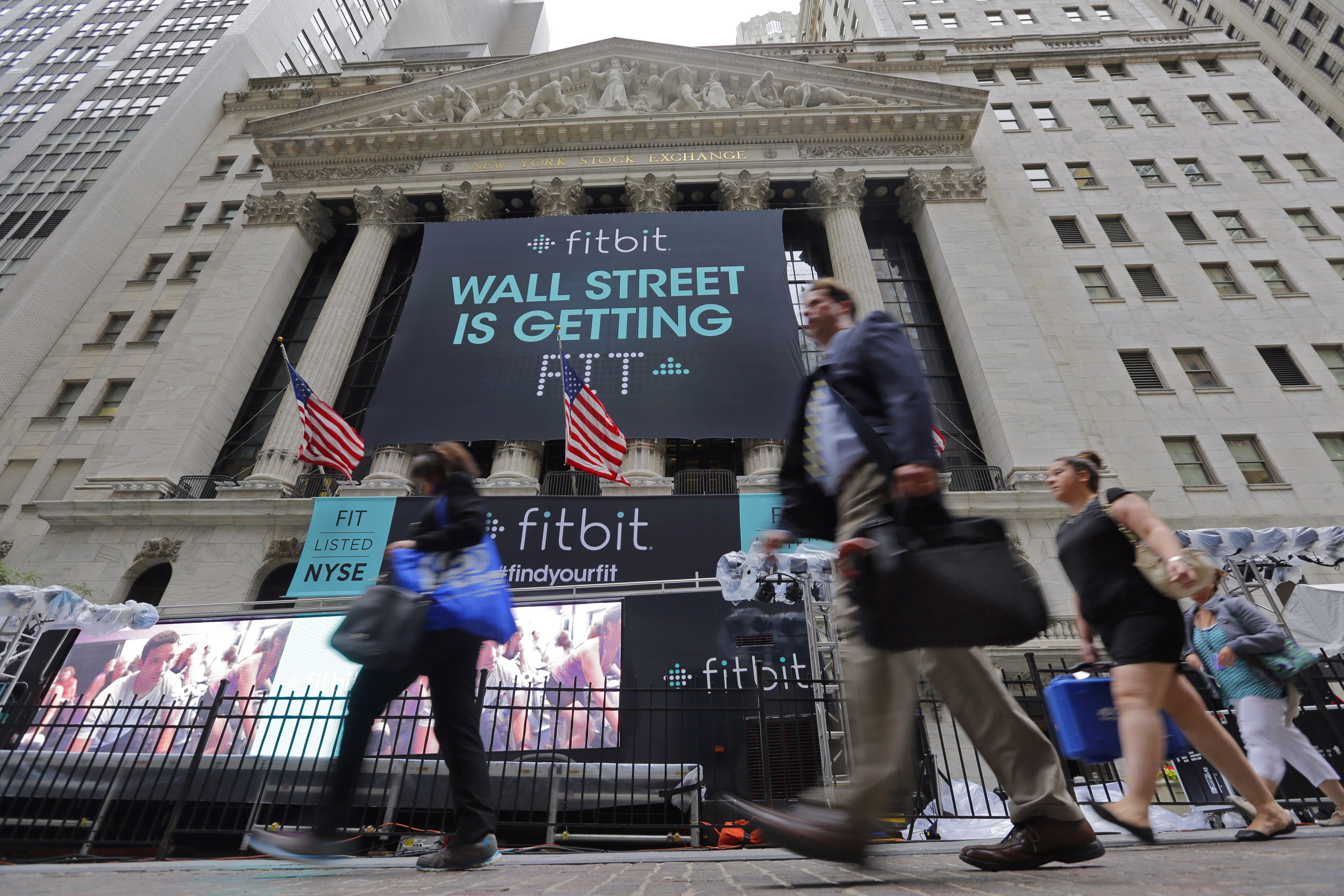 Fitbit's initial public offering priced at $20 per share, bringing in more than $730 million and valuing Fitbit at about $4.1 billion in total. The company had already raised its stock price expectations this week and said the IPO would include additional shares, but the offering still surpassed its estimates.

The company makes devices that can be worn on the wrist or clipped to clothing. They track steps taken, calories burned and other data and can be synced up with smartphones. Fitbit also sells a Wi-Fi enabled scale that tracks body mass and other data.

Fitbit is the biggest-selling company in the young fitness tracking gear industry. Sales surged to $745 million in 2014, almost tripled its total from the previous year. Its first-quarter revenue this year tripled as well. In filings with the Securities and Exchange Commission, Fitbit said it sold 10.9 million devices last year.

Market research company CCS Insight expects that companies including Fitbit, Jawbone, Nike (NKE), Xaomi, Garmin (GRMN) and Misfit will ship 24 million fitness trackers in the U.S. this year, and says that number will double in 2018. But some fitness trackers may already face a big threat from an even newer product: smart watches from companies like Apple (AAPL), Google (GOOG) and Samsung.

The San Francisco company's shares jumped 48.4 percent, or $9.68, to close at $29.68 Thursday. The stock is trading on the New York Stock Exchange under the ticker symbol "FIT."

Jawbone filed a pair of lawsuits against Fitbit recently. In May Jawbone said Fitbit and a group of its former employees who had jumped ship to join its rival stole trade secrets, business plans and market research, among other things. Earlier this month Jawbone said essentially all of Fitbit's products violate patents belonging to Jawbone.

Jawbone has asked a judge to prevent Fitbit from making and selling those products. Fitbit says it will defend itself against both lawsuits.