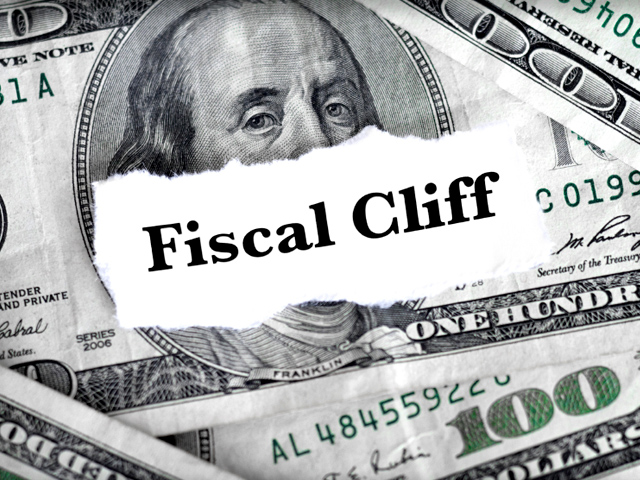 (MoneyWatch) After months of contentious negotiations, political leaders are close to an agreement toavert the "fiscal cliff."Although the scaled-back deal could still founder, as currently outlined it would raise roughly $600 billion in taxes over 10 years, far less than the more than $2 trillion in revenue initially discussed by President Obama and House Speaker John Boehner.

Key details remain to be ironed out, notably the extent of government spending cuts aimed at helping to close the nation's budget gap. But with lawmakers racing the clock before those across-the-board cuts and tax hikes take effect on Tuesday, elements of the plan are coming into view.

Whose taxes would rise?

All wage-earners: For the past two tax years, 160 million American employees' contributions to the Social Security program was 4.2 percent, down from 6.2 percent on earnings up to $110,100 in 2012 ($113,700 in 2013). Although both Democrats and Republicans have stressed the importance of avoiding higher taxes for middle class Americans, that 2 percent increase appears to be locked in place. As a result, the average U.S. household earning $50,000 will pay an extra $1,000 in taxes in 2013.

Wealthy taxpayers: Individuals who earn more than $400,000 and couples who make more than $450,000 will see tax rates increase from 35 percent to 39.6 percent. For people at those income levels, tax rates on capital gains and dividends are expected to rise to 20 percent, up from15 percent. In addition to the capital gain and dividend rates, health care reform will levy a new surtax of 3.8 percent on capital gains for wealthy Americans, pushing up the top capital gains rate to 23.8 percent. The so-called Personal Exemption Phaseout is set at $250,000, and the itemized deduction limitation starts at $300,000, which allows these income earners to continue to take itemized deductions and personal exemptions.

Large estates: In 2012, taxpayers were entitled to a federal tax credit that wiped out the estate tax due on the first $5.1 million of an estate. The tax rate above that threshold was 35 percent. Under the new deal, rates are poised to rise from 35 percent to 40 percent for estates valued at more $5 million.

What measures are extended?

Long-term unemployment benefits: As the U.S. tumbled into recession following the 2008 financial crisis, Congress enacted a temporary supplement to state-based unemployment insurance programs, which usually pay benefits for 6 months. Under the tentative fiscal deal, that measure will be extended for one year, preserving benefits for 2 million Americans who were at risk for losing benefits at year's end.

Alternative Minimum Tax: The AMT was created in 1969 to ensure that wealthy taxpayers pay a minimum amount of federal income tax, regardless of deductions, credits or exemptions. In essence, it is a flat tax with two brackets -- 26 percent and 28 percent. Under the new deal, Congress appears likely to create a permanent inflation "patch" that would shield millions of taxpayers from the AMT. Without the that remedy, the AMT would have hit 31 million taxpayers this year, reaching deeply into the middle class.

Even with deal in place to avoid the cliff, however, the political debate over deficit-reduction is certain to continue. The U.S. Treasury Department has notified Congress that the country hit its legal borrowing limit of $16.39 trillion -- the so-called "debt ceiling" -- on the last day of 2012. That could set the stage for a replay of the political brouhaha last year over government borrowing that, in putting off the toughest decisions on fiscal policy, led the U.S. to the edge of the fiscal cliff.