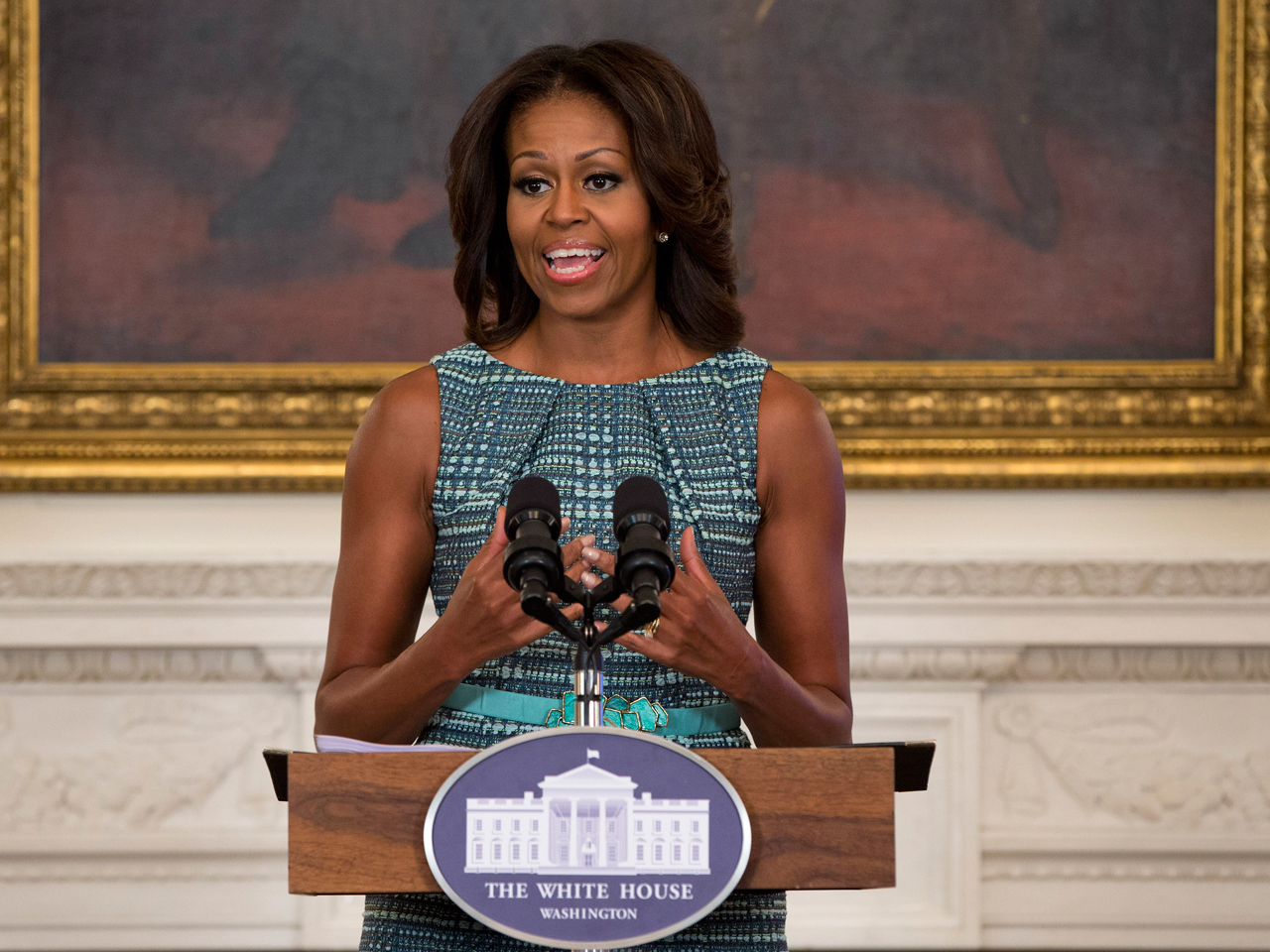 WASHINGTONFirst lady Michelle Obama wants food companies and television broadcasters to do more to promote healthier foods to children -- and to do it faster.

Research shows food marketing is a leading cause of childhood obesity because the ads and promotions lead impressionable kids to then pester their parents to eat what they saw on TV, consumer advocates say. Some recent research even suggests obese children's brains are wired to become more activated in reward and pleasure centers when the kids see junk food ads, contributing to the cycle of eating more.

The first lady cited a "cultural shift" taking place in America's eating habits, and highlighted as examples salad bars that are now in many school lunchrooms and kids' restaurant menus that offer such items as broccoli and whole-wheat pasta.

But while she said there has been progress, including slight reductions in childhood obesity rates in a few states and cities, Mrs. Obama noted that "we clearly have much more work to do" when 1 in 3 kids in the U.S. is on track to develop diabetes.

"I'm here today with one simple request and that is to do even more and move even faster to market responsibly to our kids," the first lady said as she opened the first White House summit on the issue. Dozens of representatives from the food and media industries, advocacy and parent groups, government agencies, research institutions and others attended.

The goal, she said, is to "empower parents instead of undermining them" as they try to make the best choices for their families.

A 2006 report by the influential Institute of Medicine concluded that food and beverage marketing to children "represents, at best, a missed opportunity, and, at worst, a direct threat to the health of the next generation."

At the summit, which went into closed session after Mrs. Obama's public remarks, the first lady lauded the Walt Disney Co. for banning junk-food ads from its media channels, websites and theme parks.

Disney announced in June 2012 it would ban all food and beverage products that did not meet children's nutritional standards from being advertised, sponsored or promoted on the Disney Channel, Disney XD, Disney Junior, Radio Disney and Disney-owned online destinations intended for children 12 and under.

Theme parks also cut sodium levels from children's food as part of the pledge, and promised to increase the amount of fruits and vegetables sold at U.S. theme parks.

She also praised the Birds Eye frozen food company for using characters from the Nickelodeon comedy "iCarly" in promotions encouraging kids to eat their veggies.

She said companies can promote and sell healthy foods to kids and stay competitive and profitable at the same time.

"The fact is that marketing nutritious foods to our kids isn't just good for our kids' health, it can also be good for companies' bottom lines," said Mrs. Obama, who leads a White House initiative that is aimed at reducing childhood obesity.

She asked food companies to do more marketing of products with "real nutritional value," saying that limiting the promotion of unhealthy foods alone isn't enough. She asked media companies to curb the amount of advertising for unhealthy foods in their programming and to use licensed characters popular with kids to promote healthier food.

"You all know that our kids are like little sponges -- they absorb whatever is around them. But they don't yet have the ability to question and analyze what they're told," the first lady said. "And when the average child is now spending nearly eight hours a day in front of some kind of screen, many of their opinions and preferences are being shaped by the marketing campaigns you all create. And that's where the problem comes in," she said.

Wednesday's summit could pick up where Congress and the administration left off a few years ago. Back then, the Obama administration gave up trying to get the food industry to agree to voluntary marketing guidelines that four federal agencies and departments were developing under the direction of Congress.

Industry objected to preliminary guidelines released in 2011, saying they were overly broad. Companies also said they feared retaliation by the government if they refused to go along with the voluntary guidelines.

The Federal Trade Commission backed away from some of the guidelines and never released an updated version.

Mrs. Obama joked Wednesday that some companies might think they can wait it out and go back to business as usual after she leaves the White House. She said childhood obesity will be a problem for years.

"I didn't create this issue and it's not going to go away three and a half years from now when I'm no longer first lady," Mrs. Obama said.

Last week, the first lady unveiled a new "Drink Up" campaign to encourage more Americans to drink water, in order to make them feel healthier.