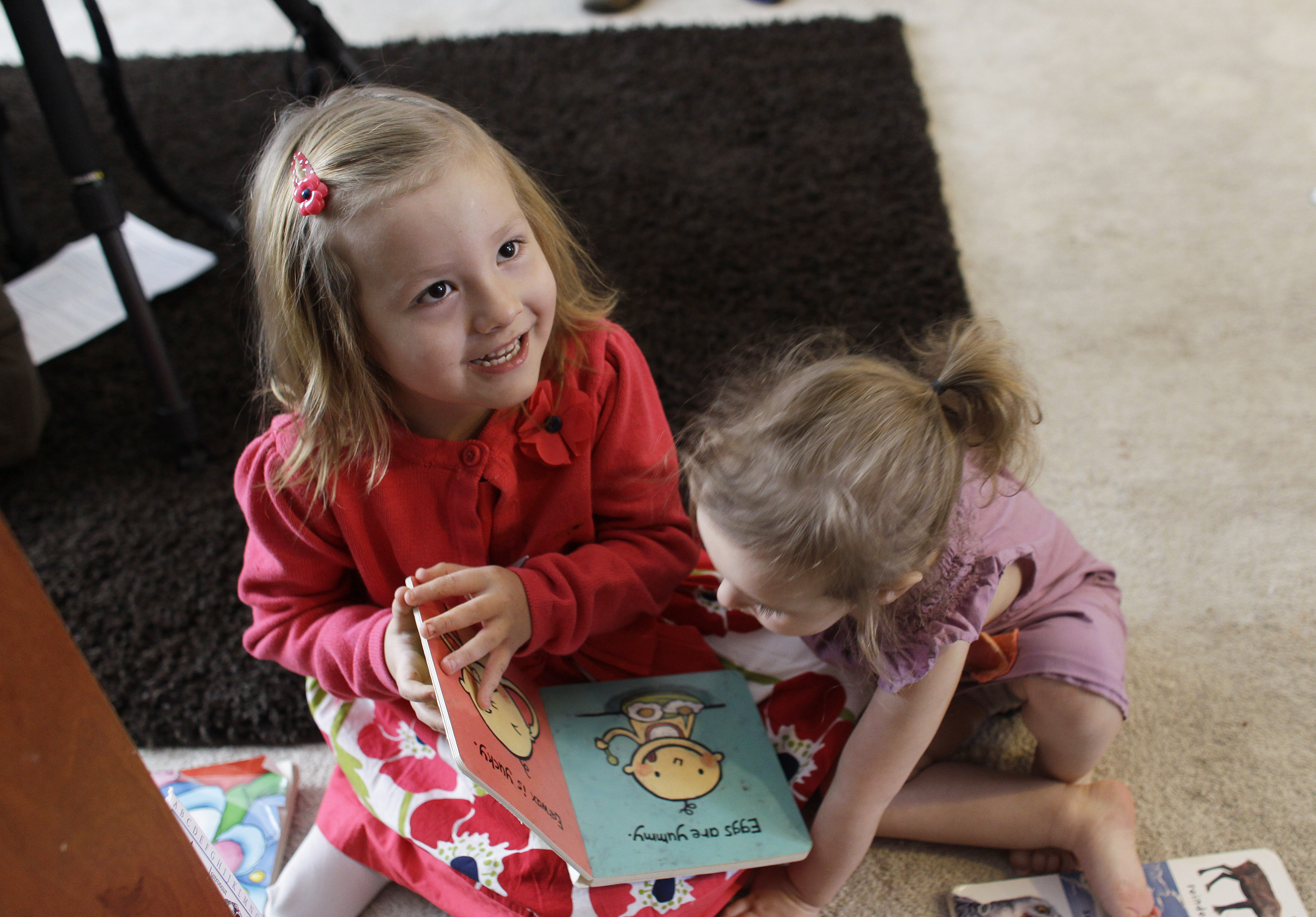 FOUNTAIN, Colo.Jeremy and Kathryn Mathis didn't think much at first when their son Coy took his sister's pink blanket, and shunned the car they gave him for Christmas.

Then, Coy told them he only wanted to wear girls' clothes. At school, he became upset when his teacher insisted he line up with the boys. All the while, he was becoming depressed and withdrawn, telling his parents at one point he wanted to get "fixed" by doctors.

When the Mathises learned he had gender identity disorder -- a condition in which someone identifies as the opposite gender -- they decided to help Coy live as a girl. And suddenly, she came out of her shell.

"We could force her to be somebody she wasn't, but it would end up being more damaging to her emotionally and to us because we would lose the relationship with her," Kathryn Mathis said. "She was discussing things like surgery and things like that before and she's not now, so obviously we've done something positive."

Now, her family is locked in a legal battle with the school district in Fountain, a town 82 miles south of Denver, over where 6-year-old Coy should go to use the bathroom -- the girls' room or, as school officials suggest, one in the teachers' lounge or another in the nurse's office. Her parents say using anything other than the girls' bathroom could stigmatize her, and open her up to bullying.

Fountain-Fort Carson School District 8 declined to comment, citing a complaint filed on behalf of the Mathises with the Colorado Office of Civil Rights that alleges a violation of the state's anti-discrimination law. School officials, however, sent a letter to the family, explaining their decision to prevent Coy from using the girls' bathroom at Eagleside Elementary, where she is a first-grader.

"I'm certain you can appreciate that as Coy grows older and his male genitals develop along with the rest of his body, at least some parents and students are likely to become uncomfortable with his continued use of the girls' restroom," the letter read.

"We were very confused and frustrated because it was going so well. There hadn't been anything that had gone wrong," Mathis told CBS Denver.

Legal battles such as the one the Mathises are facing are rare, said Michael Silverman of the New York-based Transgender Legal Defense & Education Fund who is representing the Mathises. He sees about a dozen cases each year. Silverman refers most cases to social workers who work with districts to work out a solution to a well-recognized medical condition.

Psychologists don't know what causes the condition, but it was added to the American Psychiatric Association's diagnostic manual in 1980 - some three decades after the psychological concept of gender began to be developed.

The manual's fifth edition, due out in May, changes the name to Gender Dysphoria - which refers to the distress from the gender conflict -- partly out of concerns that the current name is stigmatizing, said Dr. Jack Drescher, a New York psychiatrist who serves on the working group that suggested the changes.

Supporters of the APA's move equated the change with removing homosexuality as a mental illness from the diagnostic manual decades ago.

There's no consensus on how to treat it in somebody Coy's age because of a lack of data on the disorder in prepubescent children. Research suggests that many children gradually become "comfortable with their natal gender," an APA task force reported in 2011. But the goal of any treatment should be to help the child adjust to its reality, the APA said.

Coy is a triplet, with a brother, Max, and a sister, Lily. At 5 months old, Coy was already expressing a preference for items associated with girls, the Mathises recalled. A friend gave them baby blankets, and Coy took a pink blanket meant for Lily. The Mathises didn't think too much of it.

They bought Coy toys normally associated with boys, but she showed little interest. While Max was excited when Coy opened her Christmas present in 2009 to find a toy car from the Disney movie "Cars," Coy simply set it down and walked away.

As Coy got older, she found and wore her older sister's bathing suit, which had fringe that made it look like a tutu. Still they pressed on in raising a boy, encouraging Coy to wear boy clothes and bought shirts that had pictures of sports, monsters and dinosaurs on them. She showed little interest, and refused to leave the house if she had to wear boy's clothes.

It didn't bother her father, an ex-Marine, that Coy liked to wear pink bows and dress up in girls clothes. That is, until Coy insisted on leaving the house with them on.

"She would see the stereotypical outfits laid out and then get this look of defeat and then would go, 'I'd just rather stay home,'" her mother said. "It wasn't about the pink. It was about people knowing she was a girl."

When Coy asked to be taken to the doctor to be "fixed," they took her to a psychologist who diagnosed her.

Coy started kindergarten in August 2011 but once the Mathises learned that Coy's behavior wasn't a phase, they allowed her to wear dresses and identify herself as a girl in the middle of the school year. The withdrawn child who was lagging behind in school began to flourish.

In kindergarten, the children used unisex bathrooms. Last fall, in first grade, the district allowed her to use the girls' bathroom. But then they told the Mathises that Coy would have to either use the staff bathroom or the one in the nurse's office starting in January. Coy is being home-schooled now, along with her siblings, while the issue is being litigated.

The family hopes that the district will reconsider, especially since using the bathroom is done in private anyway, and that Coy isn't stigmatized by being forced to use a different bathroom than her peers.

"The doctor's bathroom is only for sick people and I'm not sick," said Coy, wearing white tights, a red dress and sweater and sitting on the living room couch at her house as her siblings played a computer game nearby at the kitchen table.

The Transgender Legal Defense & Education Fund is assisting Coy's family with the filing of the complaint, according to CBS Denver.

The Fountain-Fort Carson School District 8 released a statement to the network.

"The parents of Coy Mathis have filed a charge of discrimination with the Colorado Division of Civil Rights. They have chosen to publicize this matter by appearing on a nationally televised show with their child, sharing their point of view with national and local media, and holding a public press conference to announce the filing of the charge. The District firmly believes it has acted reasonably and fairly with respect to this issue. However, the District believes the appropriate and proper forum for discussing the issues identified in the charge is through the Division of Civil Rights process. The District is preparing a response to the charge which it will submit to the Division. Therefore, the District will not comment further on this matter out of respect for the process which the parents have initiated."