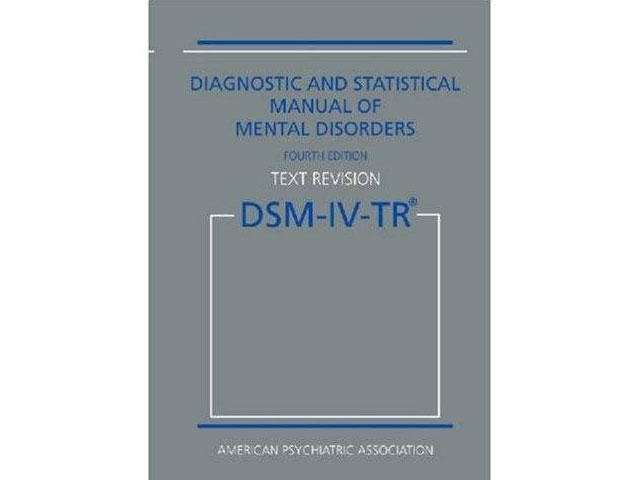 Asperger's syndrome will be dropped from the latest edition of the psychiatrist's "bible," the Diagnostic and Statistical Manual of Mental Disorders, or DSM-5.

The American Psychiatric Association (APA) announced on Saturday the changes to its flagship manual that doctors use to diagnose patients with mental disorders. It's the first major rewriter to the DSM in nearly 20 years.

The familiar "Asperger's," along with some similar disorders, will be lumped together under autism spectrum disorder, "to help more accurately and consistently diagnose children with autism," the APA said in a statement.

Other changes include entries for new disorders such as "hoarding disorder" or "disruptive mood dysregulation disorder (DMDD)," the latter characterized by abnormally bad and frequent temper tantrums. "Dyslexia" and other learning disorders that some feared would be removed from the manual, remained.

"We developed DSM-5 by utilizing the best experts in the field and extensive reviews of the scientific literature and original research, and we have produced a manual that best represents the current science and will be useful to clinicians and the patients they serve," APA president Dr. Dilip Jeste, said in a written statement.

Full details of all the revisions will come in May 2013 when the APA's new manual is published, but the impact will be huge, affecting millions of children and adults worldwide. The manual also is important for the insurance industry in deciding what treatment to pay for, and it helps schools decide how to allot special education.

It "shapes who will receive what treatment," said Dr. Mark Olfson, a Columbia University psychiatry professor who was not involved in the revision process. More important, he said, "Even seemingly subtle changes to the criteria can have substantial effects on patterns of care."

The aim is not to expand the number of people diagnosed with mental illness, but to ensure that affected children and adults are more accurately diagnosed so they can get the most appropriate treatment, said Dr. David Kupfer, who chaired the task force in charge of revising the manual, and is a psychiatry professor at the University of Pittsburgh.

One of the most hotly argued topics ahead of the revisions was how to define the various ranges of autism. Some advocates opposed the idea of dropping the specific diagnosis for Asperger's. People with that disorder often have high intelligence and vast knowledge on narrow subjects but lack social skills.

Some who have the condition embrace their quirkiness and vow to continue to use the label. And some Asperger's families opposed any change, fearing their kids would lose a diagnosis and no longer be eligible for special services.

Lori Sherry, president of the Asperger Syndrome Education Network, told the New York Times in March, "Our fear is that we are going to take a big step backward. If clinicians say, 'These kids don't fit the criteria for an autism spectrum diagnosis,' they are not going to get the supports and services they need, and they're going to experience failure."

But the revision will not affect their education services, experts say.

The new manual adds the term "autism spectrum disorder," which already is used by many experts in the field. Asperger's will be dropped and incorporated under that umbrella diagnosis, which will also include kids with severe autism, who often don't talk or interact, as well as those with milder forms.

Kelli Gibson of Battle Creek, Mich., who has four sons with various forms of autism, said Saturday she welcomes the change. Her boys all had different labels in the old diagnostic manual, including a 14-year-old with Asperger's.

"To give it separate names never made sense to me," Gibson said. "To me, my children all had autism."

Three of her boys receive special education services in public school; the fourth is enrolled in a school for disabled children. The new autism diagnosis won't affect those services, said Gibson, who also has a 3-year-old daughter without autism.

People with dyslexia also were closely watching for the new updated doctors' guide. Many with the reading disorder did not want their diagnosis to be dropped -- and it won't be. Instead, the new manual will have a broader learning disorder category to cover several conditions including dyslexia, which causes difficulty understanding letters and recognizing written words.

The trustees on Saturday made the final decision on what proposals made the cut; recommendations came from experts in several work groups assigned to evaluate different mental illnesses.

The revised guidebook "represents a significant step forward for the field. It will improve our ability to accurately diagnose psychiatric disorders," Dr. David Fassler, the group's treasurer and a University of Vermont psychiatry professor, said after the vote.

Group leaders said specifics won't be disclosed until the manual is published but they confirmed some changes. A 2000 edition of the manual made minor changes but the last major edition was published in 1994.

Dr. Catherine Lord, an autism expert at Weill Cornell Medical College in New York who was on the psychiatric group's autism task force, said anyone who met criteria for Asperger's in the old manual would be included in the new diagnosis.

One reason for the change is that some states and school systems don't provide services for children and adults with Asperger's, or provide fewer services than those given an autism diagnosis, she said.

Autism researcher Dr. Geraldine Dawson, chief science officer for the advocacy group Autism Speaks, expressed "cautious optimism" at the revisions. She said small studies have suggested the new criteria will be effective. But she said it will be crucial to monitor so that children don't lose services, a major concern of the organization that it has discussed with the committee during the revision process.

Other changes to the manual include:

*Hoarding disorder will be added to the DSM-5 to help characterize people who can't part with possessions, regardless of their actual value. The APA says the disorder usually has emotional, physical, social, financial and even legal effects for a hoarder and family members.

*A new diagnosis called disruptive mood dysregulation disorder, or DMDD, for children with recurrent temper tantrums. Critics say it will medicalize kids' who have normal tantrums while supporters argue it will address concerns about too many kids being misdiagnosed with bipolar disorder and treated with powerful psychiatric drugs. Bipolar disorder involves sharp mood swings and affected children are sometimes very irritable or have explosive tantrums.

*Eliminating the term "gender identity disorder," which has been used for children or adults who strongly believe that they were born the wrong gender. But many activists believe the condition isn't a disorder and say calling it one is stigmatizing. The term would be replaced with "gender dysphoria," which means emotional distress over one's gender. Supporters equated the change with removing homosexuality as a mental illness in the diagnostic manual, which happened decades ago.