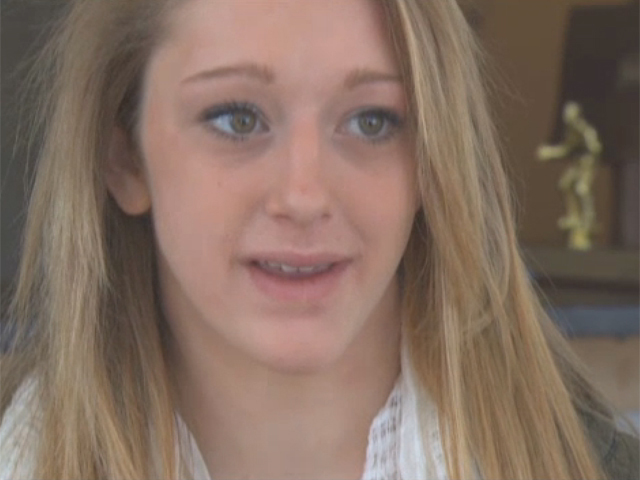 "I actually like almost cried. That was probably the best moment of my life," Coughlin told CBS affiliate WBZ-TV.

Coughlin's victory also helped North Andover win the team title for the fourth consecutive year -- a team she co-captained, thanks to votes of confidence from her male teammates.

Coach Carl Cincotta described Coughlin as "mentally and physically tough," and added "she's kind of soft spoken I guess, but when it comes to the work ethic, that speaks for itself."

When Danielle arrived at North Andover High her freshman year, Cincotta told her to expect no preferential treatment -- which was just fine by her. "I would be offended," she said "if he went easy on me because I was a girl."

Coughlin said she thinks most high school girls avoid wrestling because they don't want to compete against boys, but she has gotten used to it.

"I don't think of my gender as a disadvantage in any way," she said. "In the 106 weight class I think it's more just skill, whoever's better."