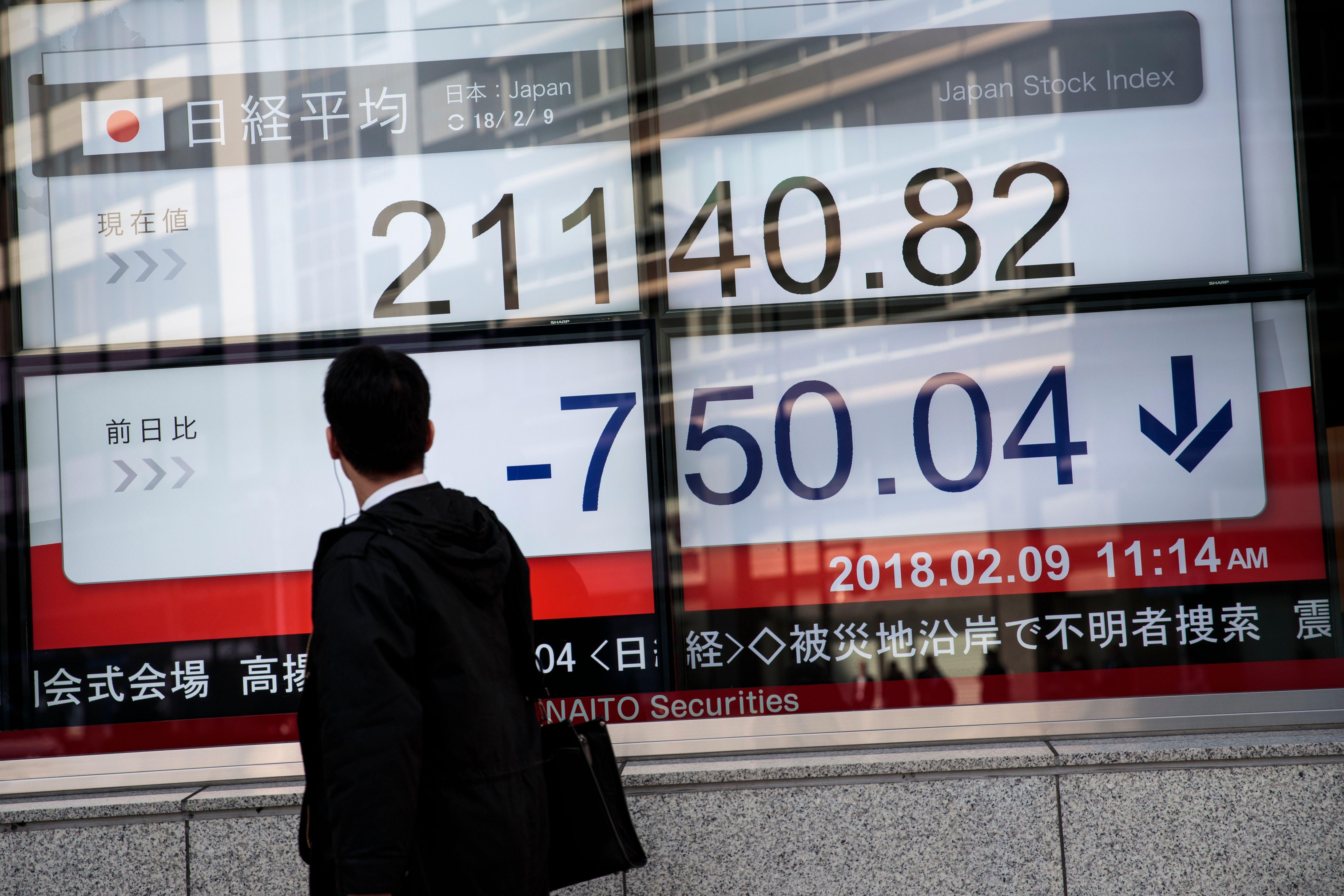 Markets followed U.S. stocks down after the Dow, coming off a record high, entered a correction - or a 10 percent decline from its latest peak - for the first time in two years.

On Wall Street, futures for the Dow and Standard & Poor's 500 index were up an unusually large 0.7 percent, suggesting traders might be trying to take advantage of lower prices to buy.

Financial analysts regard corrections as a normal event but say the latest unusually abrupt plunge might have been triggered by a combination of events that rattled investors. Those include worries about a potential rise in U.S. inflation or interest rates and whether budget disputes in Washington might lead to another government shutdown.

"Markets are down again today, maybe unnerved by fears that the U.S. Senate will not pass a budget bill in time to avoid a U.S. government shutdown," said Rob Carnell of ING in a report. "With financial markets vulnerable at the moment, this was not great timing for such political brinksmanship."

In Europe, markets were unnerved Thursday by the Bank of England's indication that it could raise its key interest rate in coming months due to stronger global economic growth.

Investors worried rising wages will hurt corporate profits and could signal an increase in inflation that could prompt the Federal Reserve to raise interest rates at a faster pace, putting a brake on the economy.

On Wall Street, many companies that rose the most over the last year have borne the brunt of the selling. Facebook and Boeing have both fallen sharply.

The market, currently in its second-longest bull run of all time, had not seen a correction for two years, an unusually long time. Many market watchers have been predicting a pullback, saying stock prices have become too expensive relative to company earnings.

"We may have seen the worst, but it's too early to say for sure. However, our view remains that it's just another correction," said Shane Oliver of AMP Capital in a report.

Corrections of up to 15 percent "are normal," said Oliver.

"In the absence of recession, a deep bear market is unlikely," he said.

American employers are hiring at a healthy pace, with unemployment at a 17-year low of 4.1 percent. The housing industry is solid and manufacturing is rebounding.

Major economies around the world are growing in tandem for the first time since the Great Recession and corporate profits are on the rise. That combination usually carries stocks higher. But stock prices have climbed faster than profits in recent years. Many investors justified that by pointing out that interest rates were low and few alternatives looked like better investments. Fast rising interest rates would make that argument much less persuasive.

Benchmark U.S. crude lost 64 cents to $60.51 per barrel in electronic trading on the New York Mercantile Exchange. It fell 64 cents the previous session to $61.15.