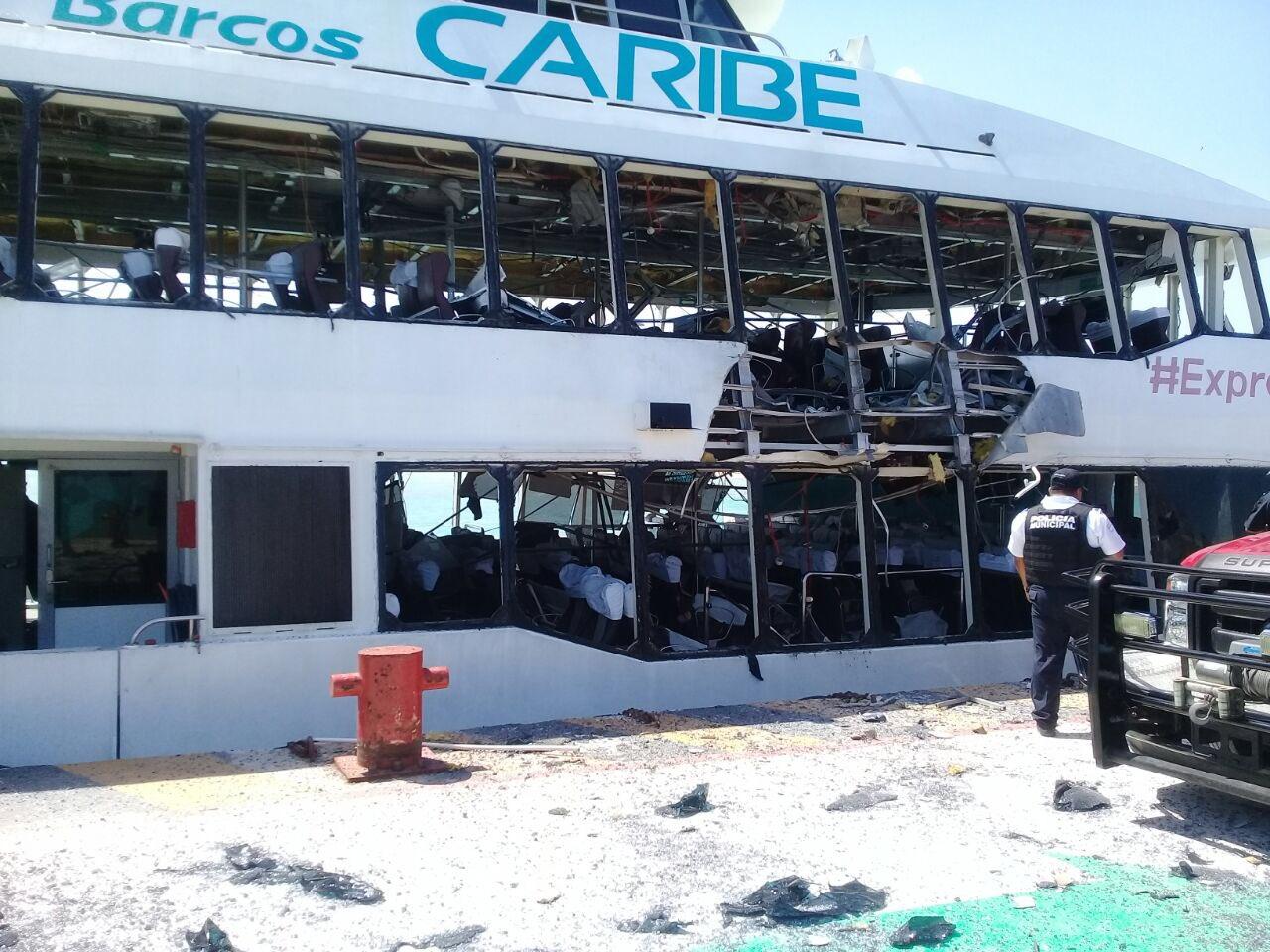 At least 25 people were injured, local officials said, after reports of a ferry explosion Wednesday in Mexico. Twenty Mexicans, three Canadians and and two Americans were hurt, according to local civil defense director Juan Medina Sosa. None of the injuries were life-threatening and and they were in good condition.

Local media reported the explosion took place on a ferry at the pier of Playa del Carmen, a popular resort town on Mexico's Caribbean coast.

Some of the injuries included minor cuts and those affected were taken to a hospital for treatment.

The cause of the incident was unknown, the statement said. It also said activities of tourists and residents in the beach area nearby were continuing as usual.

Videos posted online by the newspaper Quintana Roo Hoy showed the blast sending a fireball and debris flying sideways from the ferry as it was moored to the dock with people nearby.

The Barcos Caribe vessel was left with a gaping hole in its starboard side next to a passenger seating area.

The municipal statement said the explosion happened when passengers were getting off the boat.

Officials said ferry crossings between Playa del Carmen and the island of Cozumel will resume through other companies that also provide the service at the dock.