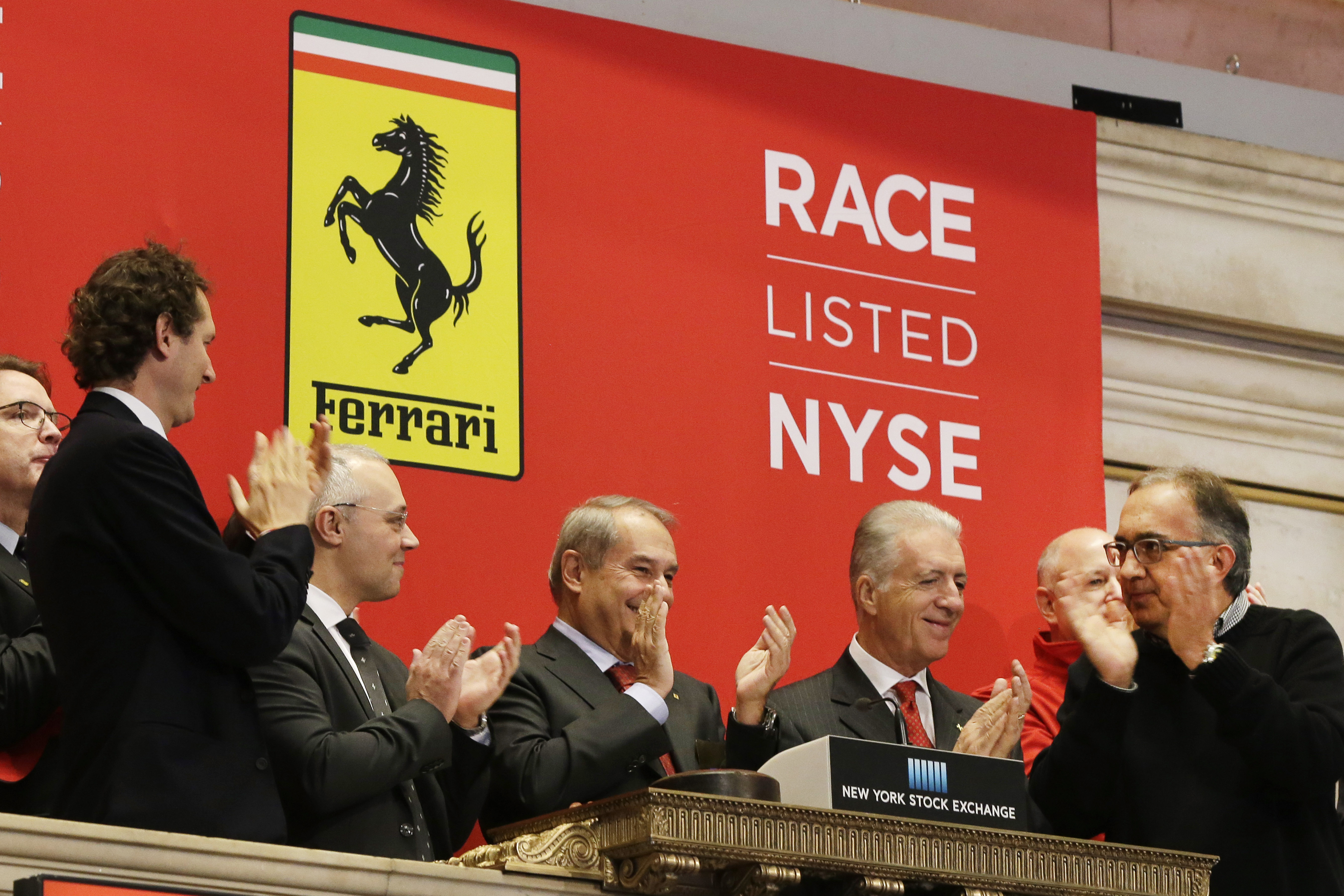 Ferrari traveled a road it's never been down before, becoming a publicly traded company with its shares listing on the New York Stock Exchange Wednesday under the ticker symbol RACE.

An initial public offering for a portion of the luxury sports car raised $893.1 million this week even in what has become a dodgy market for IPOs, with doubts about the economic recovery seeping into the minds of investors.

The IPO valued the company, founded in 1929 by Italian sports driver Enzo Ferrari, at almost $10 billion. The company is based in Maranello, in northern Italy.

Majority stakeholder Fiat Chrysler Automobiles will retain an 80 percent share in Ferrari. It plans distribute Ferrari stock to its shareholders next year.

The remaining 10 percent belongs to the Ferrari family.

Ferrari reported a net profit of 265 million euros (currently $300 million) last year, up 7 percent from the previous year. Its net revenues have grown by 7 percent annually from 2005 to 2014. The company also has an extensive range of branded fashion items as well as a Ferrari World theme park in Abu Dhabi, with another set to open in Barcelona.