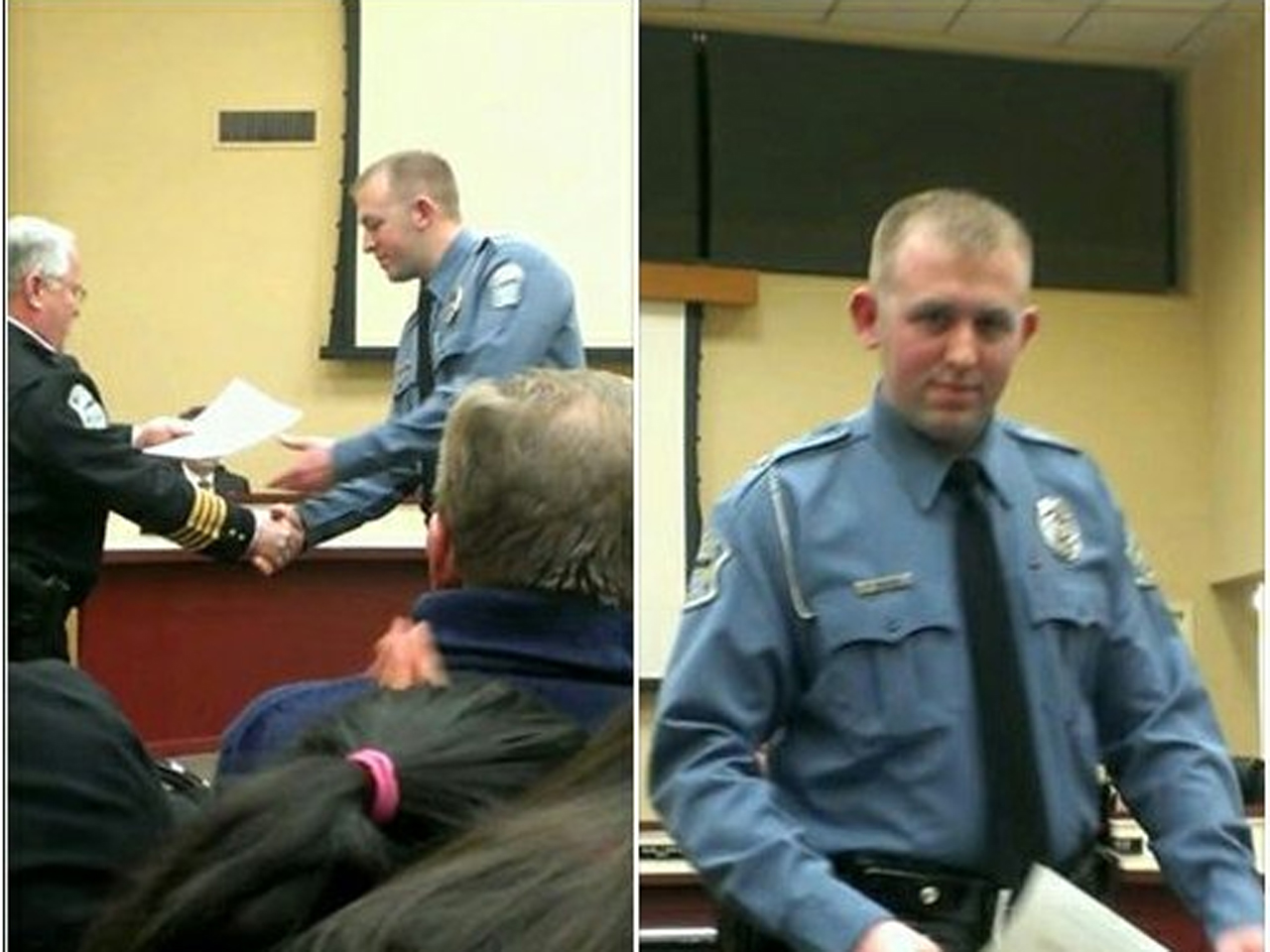 FERGUSON, Mo. - A police officer whose shooting death of an unarmed 18-year-old ignited racial upheaval in a St. Louis suburb has been characterized as either an aggressor whose deadly gunfire constituted a daylight execution or a law enforcer wrongly maligned for just doing his job.

An incomplete picture of Texas-born Ferguson officer Darren Wilson has emerged since Aug. 9, when authorities say the white six-year police veteran killed Michael Brown during a confrontation in the predominantly black city where all but three of the 53 police officers are white.

The Brown family's attorneys have labeled Wilson as a murderer, though the investigation continues and no charges have been filed. The 28-year-old officer has gone underground since the shooting, with relatives contacted by The Associated Press refusing to reveal his whereabouts or discuss the shooting or Wilson's background.

But snippets of his life have emerged. His parents were married only four years before divorcing in 1989 in Texas. Court records say he divorced last November. His mother, a convicted forger and alleged con artist, died 12 years ago. Wilson got a commendation in February from the Ferguson police force, four years into his job there.

An online fundraising drive on Wilson's behalf as of Thursday had drawn more than $77,000 in donations for the tall, slender and blond-haired cop. And a longtime friend - former high school classmate and hockey buddy Jake Shepard - publicly has come to Wilson's defense, insisting in interviews that the shy Wilson would never maliciously take a life and fears possible retribution.

Having talked to Wilson since the shooting, Shepard said, "I think he's kind of struggling a little bit, but I think he's doing OK."

"He didn't really want to talk much about it," Shepard, also 28, said of Brown's death. "But I can tell you for sure it was not racially motivated. He's not the type of person to harbor any hate for anybody. He was always nice, respectable and well-mannered, a gentleman. He doesn't have anything bad to say about anybody, ever. He's very genuine."

Similar depictions of Wilson, who has been on paid administrative leave since Brown's death, have come from his boss, Ferguson Police Chief Tom Jackson.

During a Ferguson City Council meeting in February, Wilson got special recognition from Jackson for what the chief said then was his role in responding to a report of a suspicious vehicle, then struggling with the driver and detaining him for arrest until help arrived. Jackson said the suspect was preparing a large quantity of marijuana for sale. His proclamation in hand, according a video of the meeting obtained Tuesday by the AP, Wilson returned to his seat with a broad grin.

"He was a gentle, quiet man," Jackson told reporters last Friday while publicly identifying Wilson, a four-year veteran of the department after spending two policing in nearby Jennings, as the officer who shot Brown, noting that Wilson has no prior disciplinary record. Calling Wilson "distinguished" and "a gentleman," Jackson added that "he is, he has been, an excellent officer."

Online court records show that Wilson's mother - Tonya Durso, also known as Tonya Harris - pleaded guilty in 2001 to a dozen felony stealing and forgery counts in Missouri's St. Charles County just west of St. Louis and was sentenced to five years on probation, with the judge suspending a five-year prison sentence. Durso was 35 when she died in 2002, and Wilson was placed under the guardianship of Tyler Harris until a St. Charles County judge dissolved that in mid-2004.

Wilson, who has Missouri hunting and fishing licenses, did not answer the AP's knock Tuesday on his door at his brick, ranch-style home in Missouri's Crestwood, a largely white St. Louis suburb some 18 miles southwest of Ferguson.