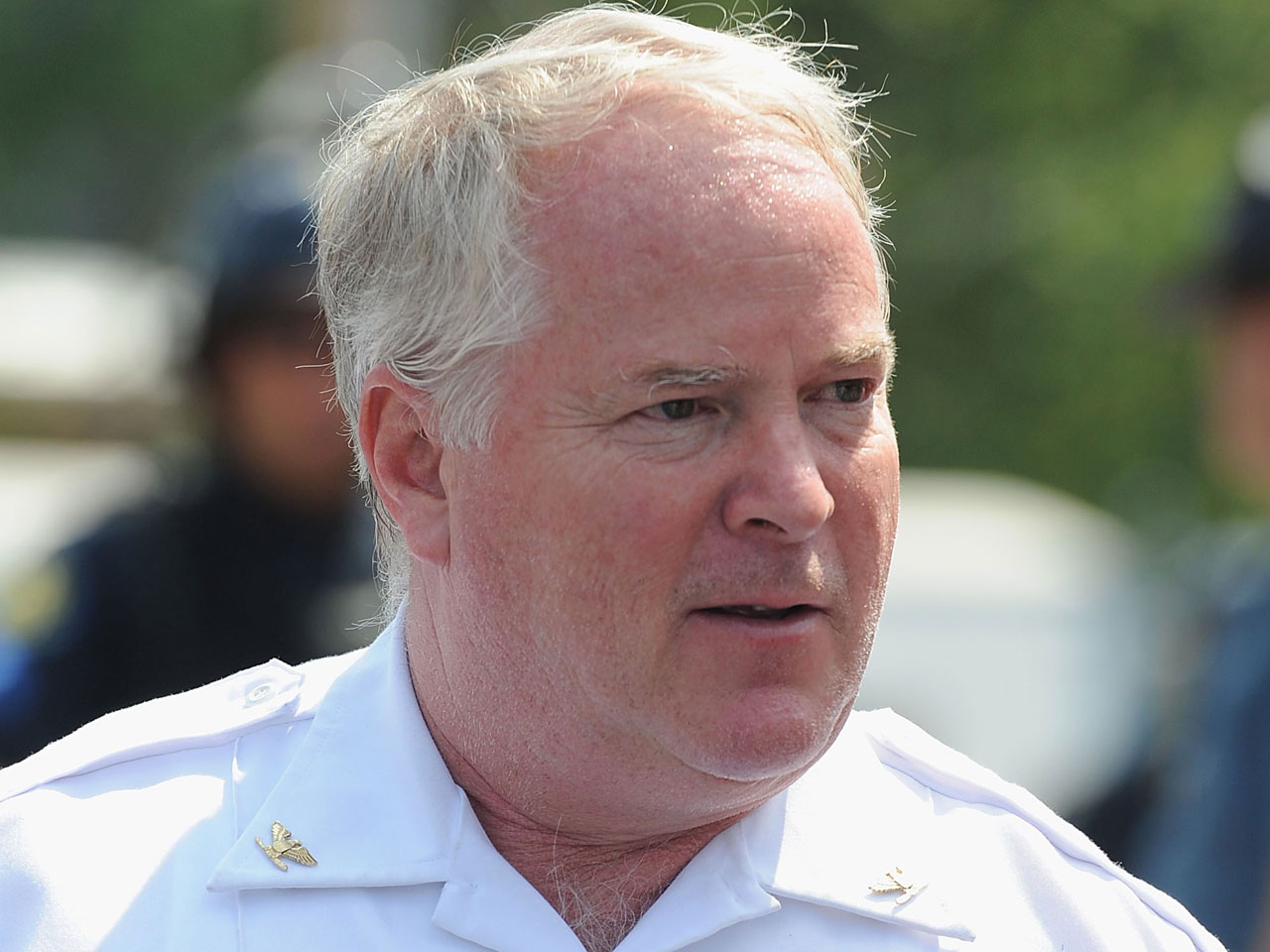 FERGUSON, Mo. - At a press conference Wednesday, Ferguson Police Chief Tom Jackson told reporters that "race relations is a top priority" for his department in the wake of the shooting death of 18-year-old Michael Brown.

"I've been trying to increase the diversity of the department since I got here," said Jackson, who also said he had promoted two black members of the force in recent years. According to CBS affiliate KMOV, the 53-person Ferguson police department has just three black members.

Jackson, who is white, and his department, have been in the spotlight since black man Michael Brown was shot and killed by a Ferguson police officer on the afternoon of Saturday, August 9. Brown and a friend were walking in the street when an officer asked them to move onto the sidewalk. KMOV reports that according to police, Brown then attempted to enter the officer's car and that a struggle over the officer's weapon led to a shot fired inside the car.

But witnesses have reportedly said that Brown was not in the police car and had his arms up when he was shot.

At his Wednesday press conference Chief Jackson said that he does not know of any video depicting the Brown shooting, only video of the aftermath. Jackson said that the department received a $5,000 grant earlier this year to purchase video cameras, but that the grant had not covered installing the cameras and they were still working on that.

Jackson said that the officer who shot Brown sustained injuries to his face.

Since the shooting, protesters have been demanding to know the name of the officer, but on Wednesday Chief Jackson said that because threats have been made against the officer's life, the department "weighed the value of releasing his name against the safety factor for himself, his family and his neighborhood" and decided against making his name public just yet.

Professor David Klinger of the University of Missouri-St. Louis, an expert on police shootings, told 48 Hours' Crimesider that not releasing the officer's name may be unsatisfying for the public, but is not unusual at this stage in the investigation.

"Given the threat environment it's very prudent to withhold the officer's name," said Klinger, a former Los Angeles Police Officer and the author of "Into the Kill Zone: A Cop's Eye View of Deadly Force."

Tom Aveni, the executive director of the Police Policy Studies Council, points out that guidelines issued by the International Association of Chiefs of Police recommend giving officers involved in shootings "some recovery time" - from "a few hours to several days" before taking a full statement. The guidelines state that "An officer's memory will often benefit from at least one sleep cycle prior to being interviewed leading to more coherent and accurate statements."

The FBI has sent investigators to Ferguson and will be reviewing the investigation, which is being conducted by the St. Louis County Police Department.

Chief Jackson also addressed criticism about why Brown's body was left in the street for several hours after his death. According to the chief, there was gunfire near the scene and thus the delay in securing the area for crime scene investigators.

"We are actively working to resolve this situation to get the truth and to get justice," said Jackson.

Jackson asked that protesters disperse at night because "it's been unsafe - it starts getting violent at night."