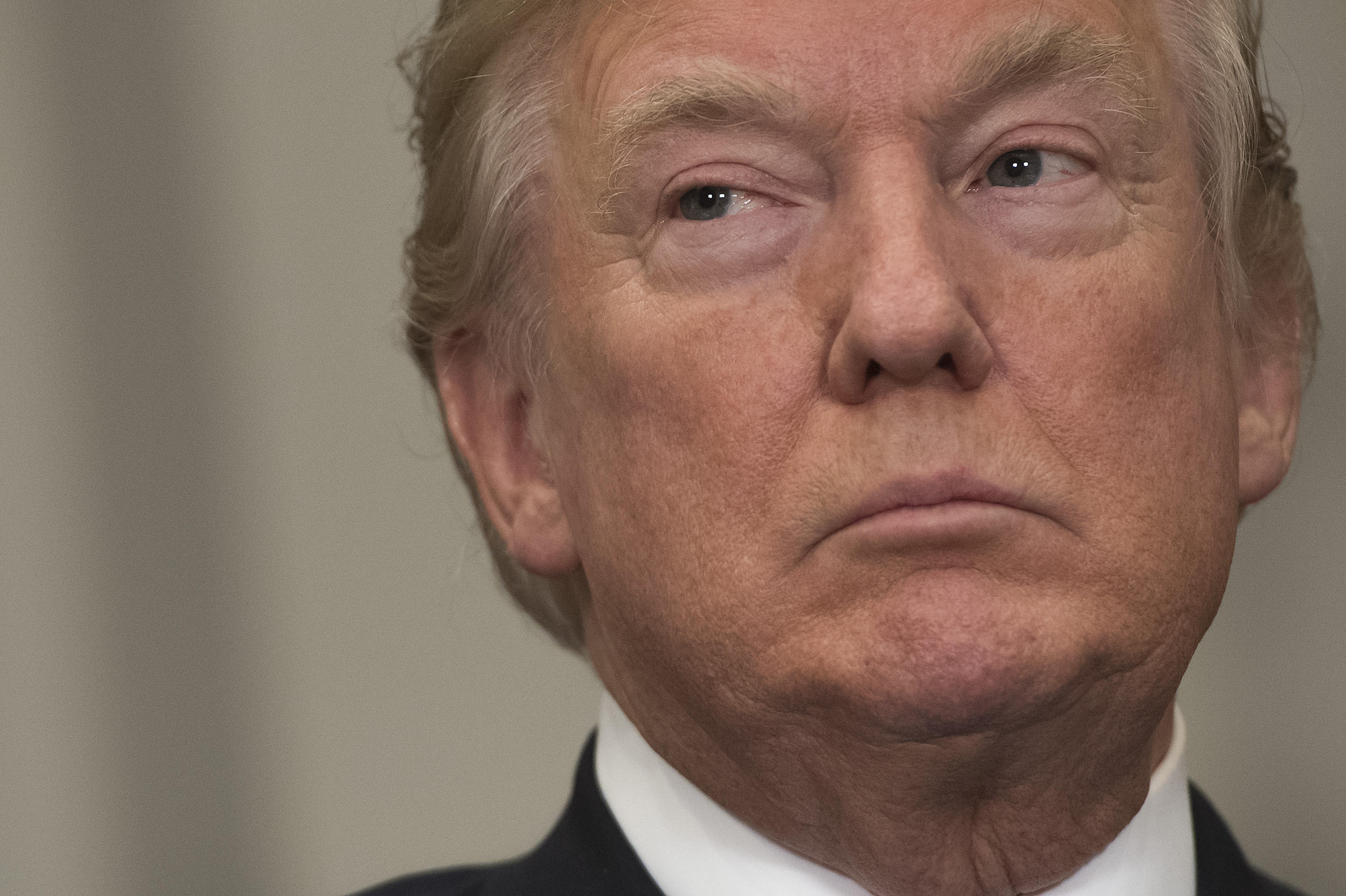 Members of the Democratic Women's Working Group (DWWG) are calling for a congressional investigation into allegations of sexual misconduct against President Trump.

Reps. Lois Frankel, D-Florida, Brenda Lawrence, D-Michigan, and Jackie Speier, D-California, have asked for the House Committee on Oversight and Government Reform to investigate the allegations of misconduct leveled at Mr. Trump before he took office.

Frankel, at Tuesday's press conference announcing the request, says that the caucus has the support of "over 100 members right now and it's rising."

Rep. Lawrence said "courageous voices" like that of Mr. Trump's accusers have since "fallen on deaf ears" but issued a warning to the president himself -- "I'm sorry Mr. President, you do not live under a different set of rules."

At least 17 women have come forward with similar claims of misconduct, forcible kissing and unwanted touching by Mr. Trump, who denies the allegations.

Three women on Monday jointly called for Congressional action at a press conference in New York, saying Mr. Trump needs to be held accountable for his actions in light of the growing "Me Too" movement.

The president responded to the accusations in a Tuesday morning tweet, slamming Democrats for pushing "false accusations" and decrying the women's stories as "fake news."

Mr. Trump also directed a sharp tweet at Sen. Kirsten Gillibrand, D-New York, who has called for Mr. Trump to resign or risk being at the center of an investigation for the allegations leveled against him.

Gillibrand called the president's tweet a "sexist smear" and said a congressional investigation into the sexual harassment allegations against the president is "the right thing to do."

Rep. Speier, a vocal advocate for victims of sexual assault and harassment, said of the social media spat, "what took place this morning when the president tweeted about our colleague, Senator Kirsten Gillibrand, is grotesque, it took my breath away and it represents the conduct of a person who is ill-equipped to be President of the United States."

Meanwhile, Frankel, the chair of the DWWG, posted a letter of support from 56 other members of the working group, which has been sent to leadership on the House committee.

"The American people deserve a full inquiry into the truth of these allegations," said Rep. Frankel in the letter.

In response to the letter, Ranking Member Elijah Cummings, D-Maryland, agreed with the calls for action, saying in a statement he hoped Chairman Trey Gowdy, R-South Carolina, would "launch an investigation immediately."

"Congress is in the midst of a critical and long overdue examination of allegations against its own Members -- both before and after they were elected to Congress. The Oversight Committee is charged with examining similar allegations against Executive Branch employees and the President. It is extremely hard for Republicans to argue that Congress should ignore these multiple allegations," Cummings added.

While Frankel told reporters that she has received no response yet from Gowdy, she said the committee he serves on has a "very broad jurisdiction" in order to investigate such allegations against Mr. Trump, citing the Whitewater investigation when former President Bill Clinton was "investigated for matters outside his presidency."

"If we can get to the truth, that will lead to the next step," added Frankel.