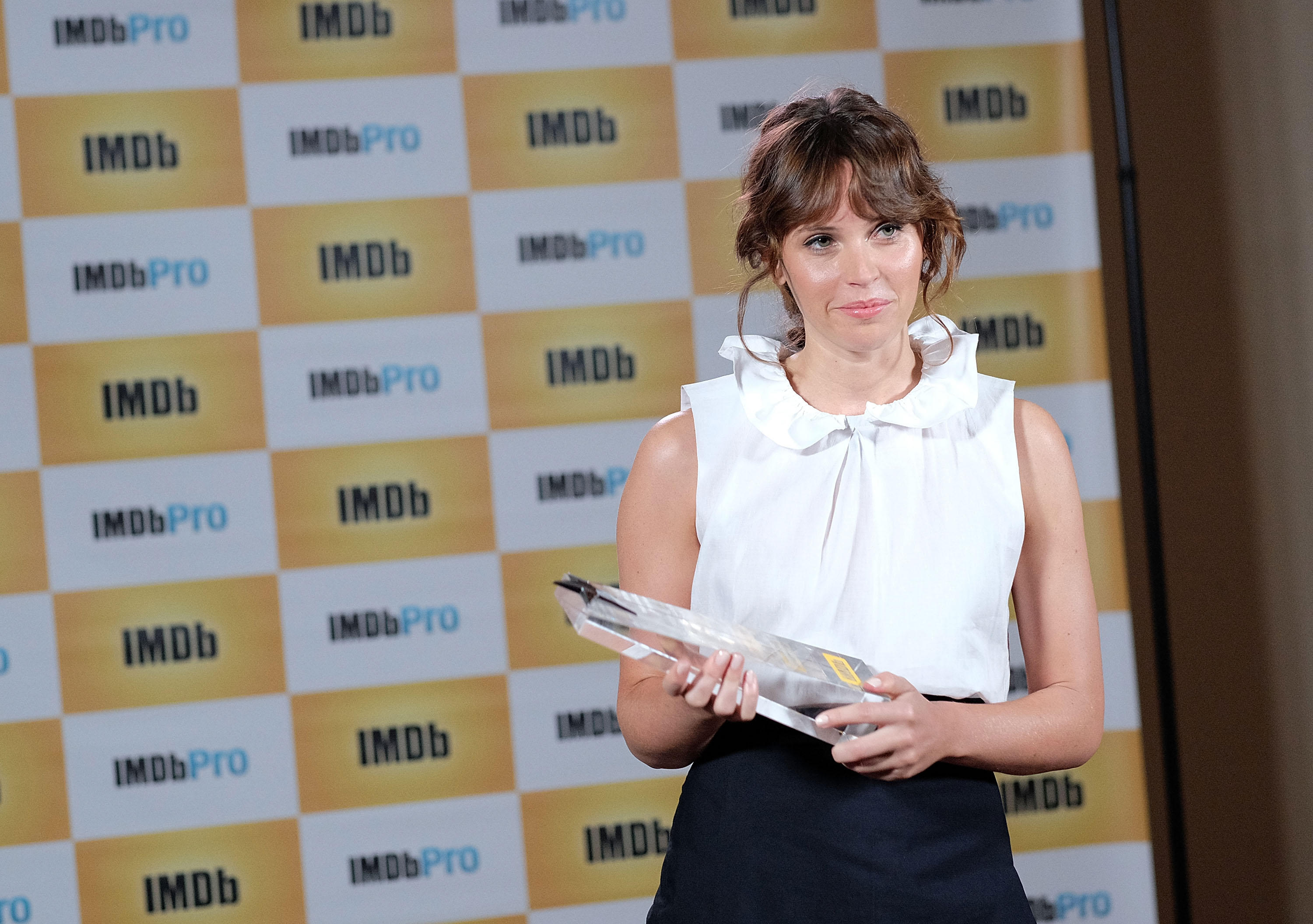 Movie fans have been seeking out Felicity Jones, and with good reason.

The British actress -- previously seen in “The Theory of Everything,” “Like Crazy” and “The Invisible Woman” -- has been getting plenty of attention for her upcoming Star Wars prequel, “Rogue One.”

Brie Larson earned the award last year before going on to nab the Oscar for Best Actress for “Room,” which premiered at TIFF. Previous winners also include Olivia Wilde and Miles Teller.

“Thank you so much to IMDb and especially to the fans who made this possible,” Jones said after receiving the award at a private event in Toronto. “IMDb is such an invaluable resource for everyone who goes to see films and everyone who works in film. It is a real privilege to receive this award.”

Jones has a busy rest of the year ahead of her at the box office, with four high-profile releases headed to theaters before the end of December.

In October, she’ll star opposite Nicholas Hoult in the action thriller “Collide” and Tom Hanks in the “Da Vinci Code” follow-up “Inferno,” from director Ron Howard.

Come December, she’ll have her most high-profile release to date, leading the cast of “Rogue One: a Star Wars Story.” And later in the month, “A Monster Calls” will get an awards-qualifying run around Christmas before opening wider after the new year.

The film, which played at TIFF, has already been earning Jones rave reviews and awards buzz.