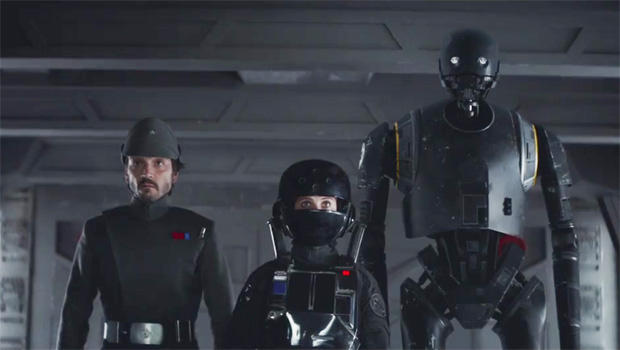 If there were any doubts about Star Wars fans’ excitement over “Rogue One” -- the upcoming standalone film -- the first day of online sales certainly put them to rest.

Pre-sales for tickets for the film began just after midnight EST on Monday, and the rush of customers hoping to see the film opening weekend was apparently too much for online ticket retailer Fandango to handle.

The company responded by setting up a “digital wait room” that created an online queue to manage the traffic, but even that proved problematic, according to reports from Fansided.

“Last night, Fandango saw extraordinary demand for tickets to ‘Rogue One: A Star Wars Story.’  Within minutes of going on sale, we sold hundreds of thousands of tickets,” a statement from Fandango released to CBS News read. “Similar to ticketing for a highly popular concert event, a ‘waiting room’ in the checkout process was established to accommodate customers as quickly as possible.”

“We were able to continuously serve a record number of customers throughout the night, despite some intermittent slowdowns -- and in order to meet the incredible consumer demand, our exhibition partners continue to add new showtimes for opening weekend.”