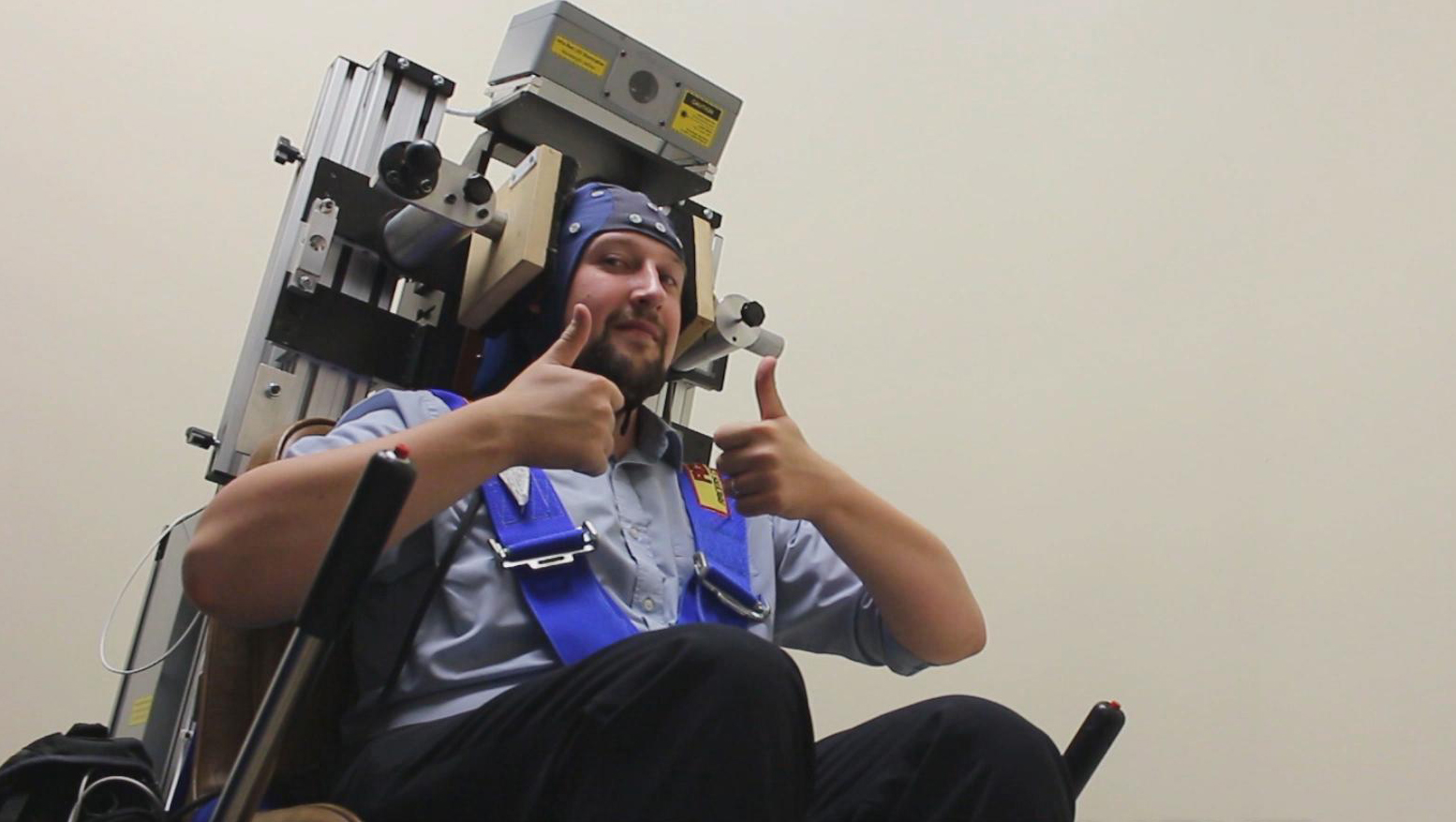 As any long distance traveler knows, a journey can be especially unpleasant when motion sickness sets in. But new research holds the promise of putting that queasy, nauseous feeling to an end.

"We don't know what currently causes motion sickness," Dr. Qadeer Arshad, the lead researcher from the Department of Medicine at Imperial College London told CBS News. "It's thought to be due to a conflict between what the eye perceives as motion and what the ears perceive as motion."

So researchers set out to determine whether suppressing a signal from the inner ear to the brain, via a mild electrical current applied to the scalp, could be effective in alleviating the condition.

First they had to produce the symptoms in a panel of twenty intrepid volunteers.

Each volunteer was strapped into a motorized chair. The chair was rotated and tilted in order to simulate the motions that tend to make people sick on boats or roller coasters.

""It can make you very sick, very quickly," said Arshad. And in fact, it did -- all of the volunteers felt sick. They reported the time it took for the symptoms to kick in.

After they recovered, the volunteers wore a cap with electrodes on their heads. One group received treatment with the mild electrical current; then they took a ride in the chair for a second time.

The result: those who received treatment "lasted a significantly longer amount of time before the sickness started to develop," Arshad explained. They also recovered "significantly quicker" than they had before.

The study, published today in the journal Neurology, shows that a mild electrical current applied to the scalp can dampen responses in an area of the brain that is responsible for processing motion signals, according to a press release from the college. This helps the brain deal with the confusing inputs it receives, and can prevent the problem that causes motion sickness.

Motion sickness can affect almost anyone, with about a third of people experiencing symptoms like dizziness and severe nausea that are hard to bear, the researchers say. There are medications to treat the condition, such as scopolamine or dimenhydrinate (Dramamine), but they can have drawbacks.

"The problem with treatments for motion sickness is that the effective ones are usually tablets that also make people drowsy," said Professor Michael Gresty from Imperial College, who collaborated on the study, in a statement. "That's all very well if you are on a short journey or a passenger, but what about if you work on a cruise ship and need to deal with motion sickness whilst continuing to work?"

In contrast, the research team says the experimental treatment is as effective as the best medication available, with no apparent side effect.

But it will take some time before practical applications are developed. Arshad envisions within five to ten years, people will be able to buy an anti-seasickness device at the drugstore.

"We hope it might even integrate with a mobile phone, which would be able to deliver the small amount of electricity required via the headphone jack," said Arshad in a statement. "You would temporarily attach small electrodes to your scalp before travelling -- on a cross channel ferry, for example."