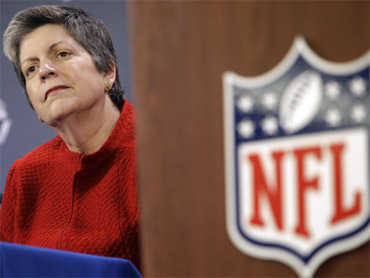 WASHINGTON - The government says there is no specific terrorist threat to Sunday's Super Bowl, but U.S. intelligence officials say al Qaeda and other similar groups remain interested in carrying out attacks during such high profile events.

Tight security around the massive Cowboys Stadium is likely to deter attacks at the actual event. However, this makes other less secure targets, such as nearby hotels and restaurants, more appealing for determined terrorists, according to a government intelligence assessment obtained by The Associated Press. One concern would be a device exploding at local businesses or parking lots.

Federal law enforcement officials, speaking Wednesday on condition of anonymity to discuss security matters, said there was no specific intelligence indicating a terror threat to the championship game in Arlington, Texas. But terrorists have targeted similar events in the past, including the 1972 and 1996 Olympic games in Munich and Atlanta, respectively.

Intelligence officials warn that terrorists might also try to get inside events by impersonating government or military officials or emergency personnel.

"Detecting and detaining such individuals would pose a key security challenge prior to and during the Super Bowl," the intelligence report said.

The National Football League spends about $6 million a year on Super Bowl security, on top of what local and federal governments spend. More than 60 government agencies contribute to the security, and the league hired more than 1,200 employees from private companies.

For the second year, Homeland Security Secretary Janet Napolitano visited the host city to tour the Super Bowl stadium and review the NFL's security plans. The federal government designates the Super Bowl as a Level One security event, which makes more money and resources available to secure the area. During a news conference Monday, officials urged people to report any suspicious activity.