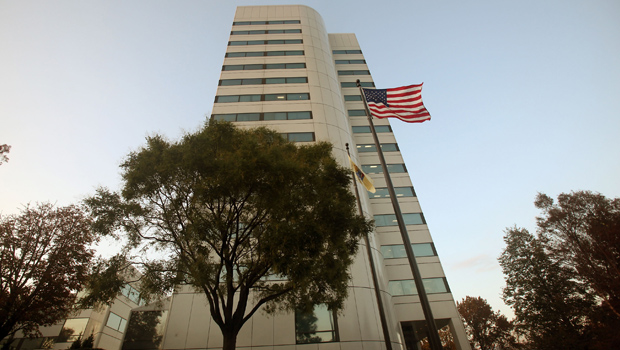 NEW YORK Federal prosecutors are investigating Johnson & Johnson's (JNJ) practices in marketing a line of hip replacements recalled in 2010 because many had to be replaced within a few years - part of a string of more than 30 product recalls by the health care giant in the last 3 1/2 years.

The U.S. Attorney's Office in Massachusetts and the Civil Division of the U.S. Justice Department last August sent Johnson & Johnson an "informal request" for information about its ASR XL hip replacements, J&J reported in a regulatory filing Friday.

The company's annual report to the Securities and Exchange Commission states that the government has asked for additional documents from DePuy Synthes and two related subsidiaries. They have turned over the documents and are cooperating fully with investigators, the filing states.

DePuy Synthes is one of the world's biggest makers of joint replacements, surgical trauma equipment and other orthopedic surgery products.

The filing didn't specify what the government is looking for, but J&J has had legal problems before over its artificial joints. Just days before the ASR systems were recalled, the Food and Drug Administration told DePuy to stop marketing its Corail Hip System for two unapproved uses.

And in 2007, J&J agreed to pay $84.7 million in fines as part of a settlement of a sweeping investigation by the Justice Department into alleged kickbacks. J&J and the four other top U.S. makers of replacement hips and knees were accused of paying surgeons to get them to use their products exclusively, from at least 2002 through 2006.

DePuy recalled two artificial joint systems - the ASR Hip Resurfacing System and the ASR XL Acetabular System - in August 2010 because of unexpectedly high rates of failure. That means they caused pain and difficulty walking because they no longer fit perfectly, or that tiny pieces of metal had flaked off inside the patient's body, allegedly causing immune system problems in some people. More than 90,000 of systems were recalled in the U.S. and other countries.

That was part of an embarrassing spate of J&J recalls of artificial joints, contact lenses, prescription drugs and over-the-counter medicines that began in September 2009. Reasons range from contamination with bacteria and incorrect levels of a drug's active ingredient to a nauseating smell on containers and liquid medicines that may contain tiny metal shavings.

Lost product sales and expensive, ongoing factory upgrades have cost the company, based in New Brunswick, N.J., well over $1 billion.

Artificial joint systems, made of high-tech metals, plastics or ceramic, replace deteriorated joints causing severe pain and limiting mobility, usually in older folks with advanced arthritis. Hip replacement parts include the top of the thigh bone, the ball atop that and a plate lining the hip socket.

They're generally expected to last at least 10 to 20 years. In the case of the recalled DePuy ASR hip systems, one in eight patients needed theirs replaced within five years.

Attorneys representing patients needing replacements have alleged Johnson & Johnson knew about the problems with the DePuy hip systems back in 2008, but didn't stop selling them until 2009 and didn't recall the remaining products until 2010. The company has denied that and said it acted properly. It has set aside about $1 billion to cover costs of the recall and lawsuits.

Last month, the first trial began among thousands of lawsuits brought by people accusing J&J of knowingly selling faulty implants. The fraud and negligence case, brought by a former prison guard, is being heard by a jury in Los Angeles.

Artificial hips and knees from multiple manufacturers have been recalled for various problems in recent years.

Just last week, Johnson & Johnson issued a recall on a different line of its hip implants, the "Adept" brand all-metal total hip replacement system, also because a higher-than-expected percentage of one part of them had to be replaced.

A patient registry in the United Kingdom found about 12 percent of people who had gotten those joints needed them replaced within seven years. In Australia, a registry showed 7 percent of patients needed replacements in just three years.

J&J said it was recalling all 7,500 Adept implants shipped worldwide between 2004 and September 2011. Most likely were already implanted in patients, who were told to contact their doctor if they had problems.