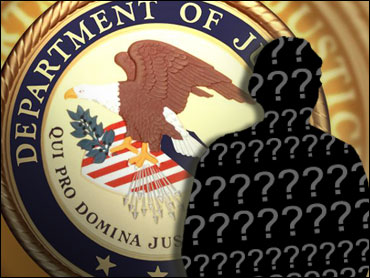 A criminal probe of a prominent California investment manager parallels a civil investigation that concluded he fed nearly $1 billion of investor money to Bernard Madoff, earning a quarter billion dollars in fees along the way, prosecutors said Friday.

Prosecutors filed papers with a judge in U.S. District Court in Manhattan asking that the civil case brought against investment adviser Stanley Chais by the Securities and Exchange Commission be delayed six months while they determine whether to bring criminal charges.

Assistant U.S. Attorney William J. Stellmach wrote that a criminal probe was looking at "very similar conduct" to what the SEC found when it concluded that Chais falsely told investors he was personally managing money in three funds when he just turned it over to Madoff.

The SEC also said Chais collected about $269 million in fees from the Chais funds between 1995 and 2008 while he provided false account statements to investors and asked Madoff to promise never to report losses from his trading, Stellmach noted. The SEC said Madoff reported in November 2008 that the Chais funds held more than $900 million in his accounts.

The SEC alleged that Chais and his family members withdrew about a half a billion dollars more than they invested with Madoff while thousands of other investors lost money with the 71-year-old man now serving a 150-year prison sentence for fraud.

Stellmach said the government initiated its probe of Chais and his funds shortly after Madoff's fraud was revealed Dec. 11, 2008, after he confessed to family that he could not account for about $50 billion he was supposed to be managing. He had informed investors two weeks earlier that their initial investment of more than $20 billion had grown to over $65 billion.

Stellmach said the criminal probe seeks to learn whether Chais and others associated with the Chais entities knew Madoff was operating a Ponzi scheme, misrepresented Chais as personally devising and executing the Chais funds' investment strategy and whether they lied to investors.

The prosecutor said the government wants to know if Chais and others violated federal laws against conspiracy, mail fraud, wire fraud, schemes to defraud in connection with securities, conspiracy to commit securities fraud, money laundering and securities fraud.

Eugene Licker, a lawyer for Chais, said the submission by prosecutors contains nothing beyond what the SEC had already alleged, "which Mr. Chais has denied."

He added: "The government of course feels compelled to investigate, and we are confident that the investigations will support Mr. Chais' denials of any wrongdoing."

Licker also noted that Chais has agreed to let the civil case be delayed until the criminal probe is finished.

Stellmach said letting the civil case proceed could lead to depositions that might "impair the usefulness of the cooperating witnesses whom the government expects to call at any criminal trials arising from the Madoff fraud generally or its investigation of Chais specifically."

Prosecutors asked that the civil case against Chais be delayed until June 18.