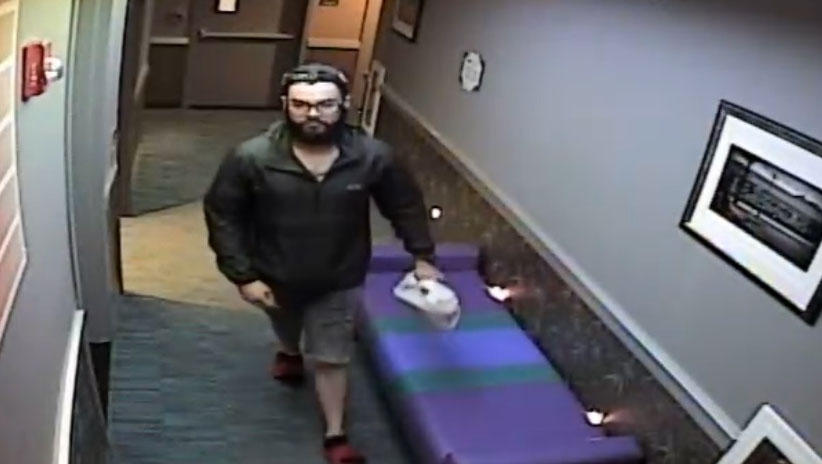 NEW YORK -- Officials are describing the seizure of nearly 40 pounds of fentanyl in the Bronx as the largest fentanyl bust in New York history.

According to a press release from New York City's special narcotics prosecutor, Colorado resident Carlos Ramirez, 25, was arrested June 19 after a narcotics investigation by the U.S. Drug Enforcement Administration uncovered a massive amount of the highly synthetic opioid near his hotel room.

Members of the DEA's New York Organized Crime Drug Enforcement Strike Force Financial Investigations Team, a task force comprised of local, state and federal officers and agents, were conducting surveillance around 11:40 p.m. that night when they saw Ramirez open up the rear door of a car and place a "cylindrical package wrapped in black tape" inside. Agents and officers approached Ramirez, who told them he had come from a hotel across the street and gave them his room number.

Agents entered the Umbrella hotel and as they approached Ramirez's room on the seventh floor, they say they noticed a black duffel bag sitting on top of a vending machine, according to the release. Inside there were 17 packages taped in the same way as the package recovered from the car. One package was punctured and officers could see a tan powdery substance inside, resembling heroin.

"It is a fact, opioid traffickers are mixing heroin with fentanyl because it is more potent and more profitable. In turn, heroin users are putting their lives in drug dealers' hands every time they buy a bag," DEA Special Agent in Charge James J. Hunt said in the release. "A fatal dose of fentanyl is only two to three milligrams - the size of two to three grains of salt. Dealers are not chemists and law enforcement is diligently tracking them down to get fentanyl, heroin and diverted prescription medication off the streets."

Officials say the seizure -- the largest to date by the DEA's New York division -- could have yielded over seven million lethal doses.

"The potential for widespread loss of life was averted only through the investigative skill and fortunate timing of law enforcement officers," Special Narcotics Prosecutor Bridget G. Brennan said in the statement.

An indictment charges Ramirez with criminal possession of a controlled substance in the first degree.

"The interdiction of this fentanyl headed for our streets is nothing short of extraordinary," said New York Police Commissioner James P. O'Neill.

Based on the lab results, Ramirez's bail was increased from $50,000 to $200,000, reports the New York Daily News -- a move his lawyer Howard Greenberg called "the biggest crock of s--- in the history of fentanyl."

"It's just another example of how the special narcotics Nazis throw their weight around in courtrooms in Manhattan seeking gratuitous bail increases," Greenberg told the paper.