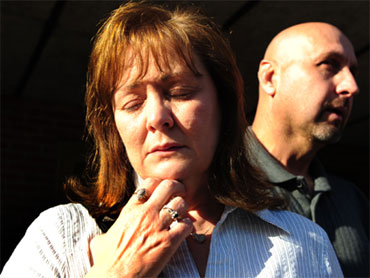 The Labor Department's Mine Safety and Health Administration has appointed a special team of investigators to look into the blast that has killed at least 25 workers at a coal mine in West Virginia.

The team includes safety officials from outside the district normally responsible for enforcement at the Upper Big Branch South Mine where the incident occurred.

Labor secretary Hilda Solis says the team will evaluate all aspects of the accident, including possible causes and the operator's compliance with federal health and safety standards.

The team will be led by Norman Page, a 25-year veteran of the mine safety agency who manages its district office in Pikeville, Ky.

The team will issue a formal report on its findings and conclusions.

In the month leading up to the fatal blast inside the Upper Big Branch mine, inspectors repeatedly cited Massey Energy Co. for serious safety infractions. Seven separate times the coal operator was hit with "ventilation violations" for failing to develop and carry out plans to monitor and remove dust and combustible gas from the mine, reports CBS News correspondent Bob Orr.

"They had a doubling of their citations from 2008 to 2009. They had a tripling of the penalties," former mine safety official Davitt McAteer told Orr. "That period suggests to you that you've got a problem."

More on the mine disaster:

Mine Worker: "There are no Safe Mines"
Mine Official: "Something Went Seriously Wrong"
Photos: W. Va. Mine Explosion
Coal Mine CEO Blankenship's Revealing Tweets
Mine CEO Doesn't Rule out Violations as Cause
W. Va. Coal Mine Blast: The Victims
List Of Recent Fatal U.S. Mine Disasters
In Coal Mines, Risk of Death Is Part of Life
Mines not Paying Fines a Familiar Story
Obama Offers "Deepest Condolences"
Gov.: "No Excuse" for Mine Safety Flaws
Eerie Statement from Miner Killed in Blast
Mining Company Previously Fined for Safety

Massey CEO Don Blankenship drew criticism four and a half years ago with an internal memo to supervisors in which he seemed to stress productivity over safety, saying, "we seem not to understand that coal pays the bills."

But Blankenship later said his memo had been misconstrued and that safety was not "secondary."

"We've cut the accident rate at Massey probably about 90 percent over the time that I've been president … Our goal is zero," Blankenship told Smith in . "This year we were doing really well until this and we're sorry about it and as distressed about it as others are."

Joseph Main of the Mine Safety and Health Administration said they will begin an investigation into Massey once the rescue effort is completed.

"It's very obvious that something seriously went wrong at this mine," Main told CBS' "The Early Show" Wednesday. Saying a probe would take weeks and months to complete, Main vowed a "pretty extensive investigation."

Appearing Tuesday on CBS' "The Early Show", Gov. Manchin said there would be "no excuse" if safety violations were found to have contributed to the accident.

Meanwhile, rescuers drilled into the coal mine hoping to vent enough poisonous gas to safely get inside Wednesday and look for possible survivors.

Crews had drilled one hole and were working on two more to release enough methane gas so searchers could enter the Upper Big Branch mine to look for four people still missing in the worst U.S. mining accident in more than two decades.

"The rescue teams are prepared," West Virginia Gov. Joe Manchin said at a briefing Wednesday morning. "They're charged up, ready to go."

Rescuers hoped the four miners might somehow have reached a chamber where they could survive for four days, though they acknowledged the odds were against them. They banged on a drill pipe for about 15 minutes after the first hole was complete but got no response.