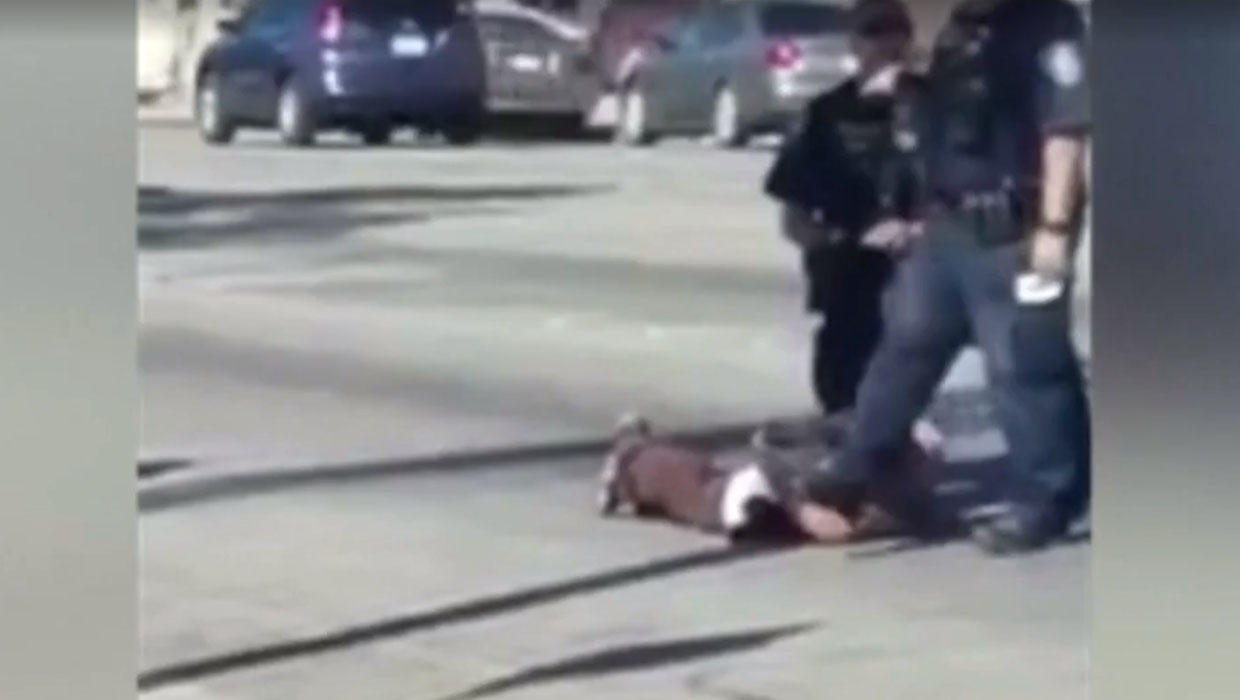 Alex Garcia, who shot the cellphone video, told the station he started recording because he felt two federal officers were using excessive force as they arrested the unidentified man. The reason for the arrest isn’t clear, but Garcia said he saw police activity outside the Social Security Administration office in Pomona. Federal Protective Service officers are tasked with guarding federal facilities.

He said the man was backing away after a chase and telling officers not to shoot him. He said the officers Tased the man, and he fell to the ground.

“One of the officers started handcuffing him. The other one was on top of him and socked him on the back,” Garcia told the station.

That’s when Garcia said he started recording. One of the officers is seen on the video apparently kicking the man in the head as he lies on the ground, with his hands cuffed behind his back.

The officers report to the Department of Homeland Security. The station reached out to the agency for comment, but didn’t immediately receive a reply Thursday night.