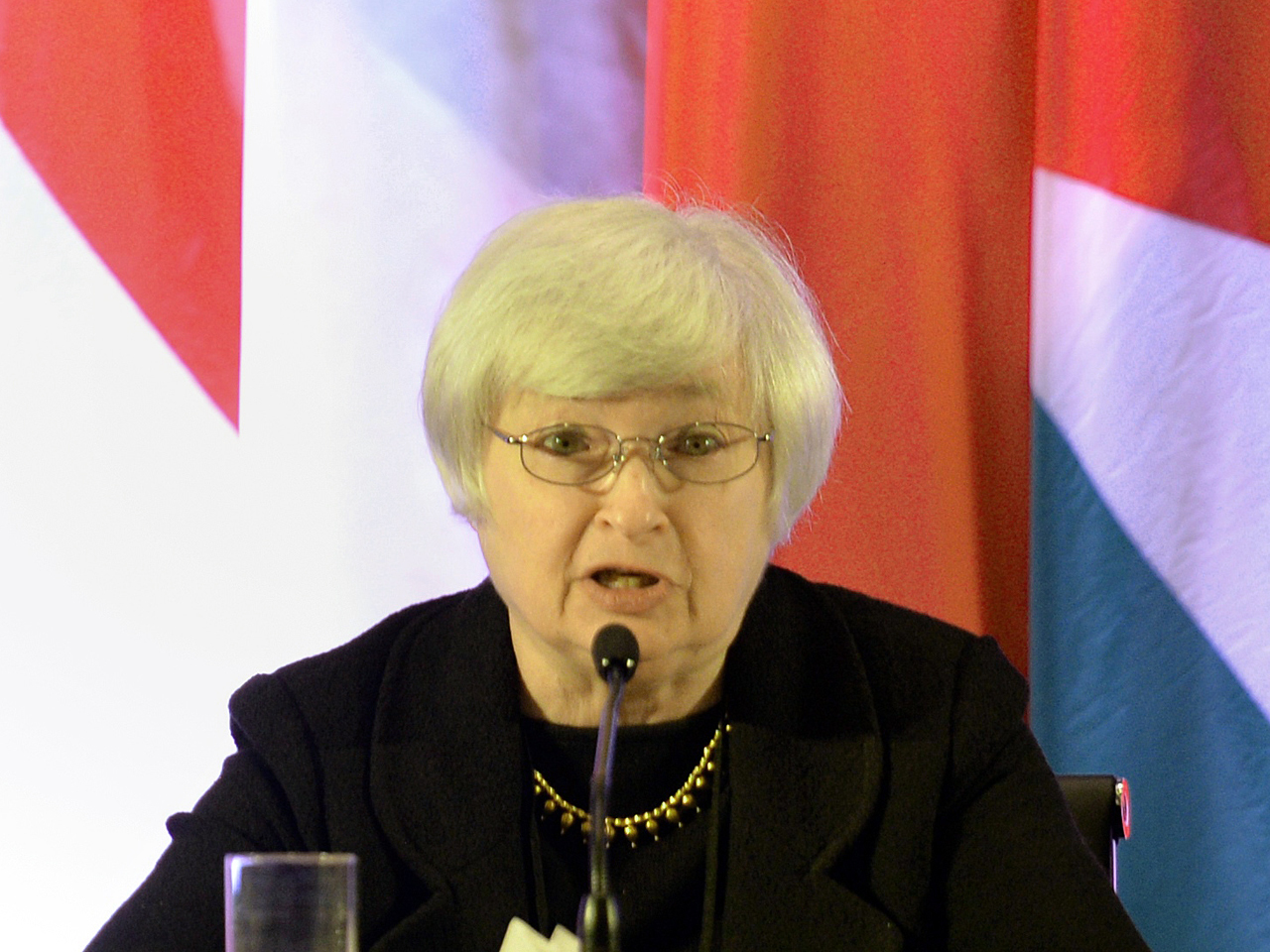 WASHINGTON Federal Reserve Vice Chair Janet Yellen, a leading contender to replace Ben Bernanke as Fed chairman, holds a mix of big-company stocks and investment funds in a trust with her husband, fellow economist George Akerlof. They also share an interest in stamps.

Yellen's financial disclosure report for 2012, made public Tuesday, shows that she and Akerlof have between $4 million and $13 million in assets, including a stamp collection valued at $15,000 to $50,000. Akerlof is a Nobel Prize-winning economist who teaches at the University of California, Berkeley.

As the No. 2 Fed official, Yellen has represented the central bank at international finance meetings and has helped develop the Fed's plans for responding to a future global crisis. She has been in an unusually public succession battle for the chairman's job with former Treasury Secretary Larry Summers. President Barack Obama will nominate Bernanke's successor.

The exact value of government officials' assets can't be determined from the financial disclosure reports because values are only required to be provided in ranges.

The couple reported no mortgages or other liabilities exceeding $10,000.

Bernanke, who is expected to step down in January after eight years in the job, refinanced his family's Washington home in 2011. He was among the beneficiaries of the Fed's policy of record-low interest rates, taking out a 30-year mortgage with a fixed 4.25 percent rate that replaced one in 2009 at 5.375 percent.

Where are the benefits of international diversification?

He held between $1.1 million and $2.3 million in assets excluding the home, unchanged from his 2011 report.

Bernanke's investments still are largely plain vanilla with the focus on safety, such as annuities and U.S. Treasury securities. His largest holdings continued to be two annuities managed by TIAA-CREF, each with an estimated value of between $500,000 and $1 million. Bernanke earned a total of between $30,000 and $100,000 last year from the two annuities, which were part of a retirement plan he set up while teaching at Princeton University.

Summers was Treasury chief in the Clinton administration and more recently was a top economic policy adviser to Obama. He has been the president of Harvard University and also has worked on Wall Street, and his personal fortune could be expected to eclipse Yellen's.