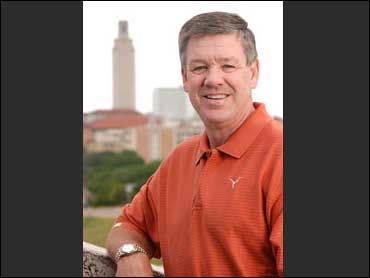 A federal education official implicated in an investigation of the student loan industry has been suspended from his job, while subpoenas were issued Friday on the nation's largest student lender.

The Education Department placed Matteo "Matt" Fontana on paid administrative leave Friday. Fontana, a department employee since November 2002, has overseen a student financial aid database for the past two years. He did not return phone messages seeking comment.

Fontana is the first current government official embroiled in a probe led by New York State Attorney General Andrew Cuomo focusing on conflicts of interest between lending companies and universities.

Cuomo has sent letters to and requested documents from more than a hundred schools for information about any financial incentives the schools or their administrators may have derived from doing business with certain lenders, such a gifts, junkets, and awards of stock.

A common practice exposed by Cuomo is a revenue-sharing agreement, whereby a lender pays back a school a fixed percentage of the net value loans steered its way. Lenders particularly benefit when schools place them on a short list of "preferred" lenders, since 3,200 firms nationwide are competing for market share in the $85 billion a year business.

Two-thirds of American college students leave school with loan debt, with the average among graduating seniors being $19,202, according to the most recent National Postsecondary Student Aid Study.

Three large universities – Columbia, University of Texas-Austin, and University of Southern California – this week suspended their financial aid directors for owning stock during their tenure in Education Lending Group, which has since merged with Student Loan Xpress, the nation's eight largest student loan provider.

Fontana once owned 10,500 shares of stock in the Education Lending Group, according to a prospectus the student loan company filed with the Securities and Exchange Commission in September 2003 prior to a public stock offering. With a trading price at the time of $9.54 a share, Fontana stood to earn close to $100,000 from the sale, a substantial profit if he, like other investorts had acquired shares for $1 each. His actual buy and sale prices have not been disclosed. Along with Cuomo's office, the Education Department's inspector general and general counsel are reviewing the matter.

On Friday, Cuomo's office issued subpoenas to CIT and Student Loan XPress for any and all information about stock sales, transfers, or offers to any federal, state, local government officials or employees.

The attorney general also issued subpoenas to the nation's largest student lender, Sallie Mae, for any information regarding employees who also worked at the Department of Education over the past six years.

That would include Fontana, who worked on information technology for Sallie Mae from 1994 to 2001, and his boss at the Education Department, Theresa "Terri" Shaw, the head of Federal Student Aid, which administers federal loans and grants to 11 million people, according to the department's website. Shaw worked at Sallie Mae from 1980 to 1999, rising to senior vice president and chief information officer.

"No matter what the subpoena is, we look forward to cooperating with it," said Sallie Mae spokesman Tom Joyce.

Burt, like USC's Catherine Thomas, once owned and sold 1,500 shares in Education Lending Group (EDLG) stock in 2003 for a profit exceeding $14,000, according to financial records obtained by Cuomo's office.

Columbia's David Charlow, who owned five times as many shares in EDLG, earned more than $100,000 from his sale in 2005, according to the attorney general.

USC Vice Provost Jerome Lucido said on Friday the Thomas case "appears to be isolated to a single individual who may have violated our policies." In a letter to students, faculty, and staff, Lucido continued, "We believe there have been no adverse financial consequences for our students and their families."

Earlier this week, two of the most expensive schools in the country, the University of Pennsylvania and New York University, agreed to contribute more than a $1 million each – proceeds from recent revenue-sharing agreements with Citibank Student Loan Corporation – into a fund that will reimburse past borrowers about $500 apiece.

Thirty-one other schools joined Penn and NYU in adopting a code of conduct that prohibits revenue-sharing with lenders, requires schools to disclose why they chose preferred lenders, and bans financial aid officers and other school officials from receiving more than nominal gifts from lenders.