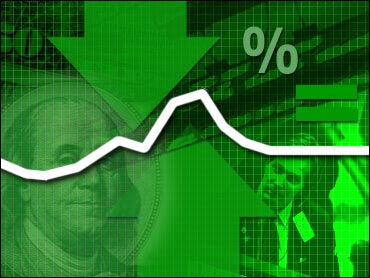 The Federal Reserve on Tuesday pushed a key interest rate to the highest level in 4½ years while signaling that the campaign to raise interest rates to fight inflation was likely drawing to an end.

The action left the Fed's target for the federal funds rate, the interest that banks charge each other, at 4.25 percent. It was the 13th consecutive quarter-point move since the Fed began raising interest rates in June 2004, when the funds rate was at a 46-year low of 1 percent.

In a statement explaining its action, the Fed described the economy as "solid" in spite of the blow's from the Gulf Coast hurricanes. It said overall inflation has remained relatively low despite this year's surge in energy prices.

Many analysts viewed the Fed comments as signaling that the central bank will nudge rates up one or perhaps two more times before calling a halt to the rate hikes.

"At this point I am guessing that the Fed is pretty committed to raising rates in January but after that all bets are off," said Bill Cheney, chief economist at John Hancock Financial Services in Boston.

CBS' Howard Arenstein reports the Fed warns of some economic trouble — elevated energy prices may be adding to inflation pressures.

The next meeting on Jan. 31 will be the last one presided over by Alan Greenspan, who is stepping down after 18½ years as Fed chairman.

The signal that the rate hikes were coming to an end came in a slight change in the public statement in which the Fed dropped the description of current rates as "accommodative."

The language change gave a boost to hopes on Wall Street that the rate hikes were drawing to a close. The Dow Jones industrial average, which had been up about 10 points before the Fed announcement, was up 71 points in midafternoon trading.

Commercial banks were expected to quickly follow with increases in their prime lending rate. This rate, the benchmark for millions of consumer and business loans, was expected to rise from 7 percent to 7.25 percent, which would be the highest level in 4½ years.

Throughout the Fed's 18 months of rate hikes it has always before this meeting described the level of interest rates as "accommodative," meaning that they were still low enough to spur economic activity.

By dropping the word accommodative, the Fed acknowledged that it has now pushed rates up to a level where they are in a neutral range and not spurring increased activity.

The Fed said Tuesday that "some further measured policy firming is likely to be needed." The quarter-point rate hike had been widely expected by financial markets.

But the wording about measured rate increases was slightly altered from the previous phrase in a way that indicated the rate hikes were drawing to a close.

In its discussion of the economy, the Fed said that "despite elevated energy prices and hurricane-related disruptions, the expansion in economic activity appears solid."

The central bank has been gradually increasing interest rates as a way of making sure that the huge surge the country has experienced in energy prices does not spill over into more widespread inflation troubles.

Greenspan's control over inflation, even in the face of rising energy costs, is seen as his key legacy as Fed chairman.

Higher interest rates slow the economy by decelerating the pace of business borrowing and consumer borrowing for items such as homes and autos.

Economists are split over how high the central bank will increase rates, with some forecasting that the Fed will stop after it boosts the funds rate to 4.5 percent at the January meeting.

But other economists argue that inflation pressures will prompt the central bank under Bernard Bernanke to push the funds rate up to 4.75 percent or possibly as high as 5 percent.