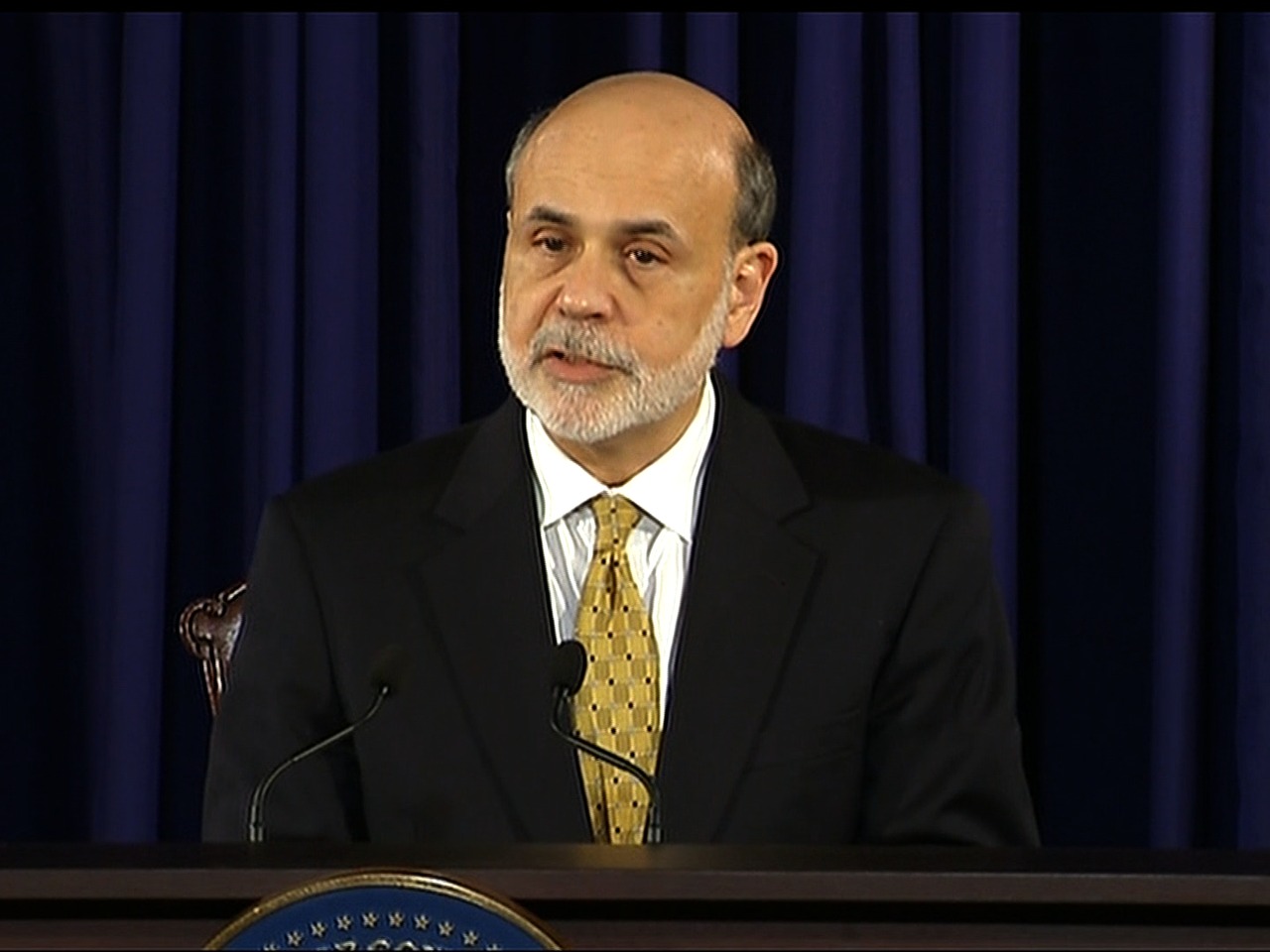 (MoneyWatch) The Federal Reserve is worried that the U.S. economy is starting to stall.

The Federal Open Market Committee, the Fed's main policy-setting body, concluded its two-day meeting Wednesday by saying that it will extend a program aimed at lowering long-term interest rates and spurring consumption. The central bank will expand the program, known as "Operation Twist," by $267 billion through year-end.

"If we don't see further improvement in the labor market, we will be prepared to take additional steps if appropriate,'' Fed Chairman Ben Bernanke said at a news conference following the FOMC's statement.

The Fed said it expects economic growth of no more than 2.4 percent this year. That's down sharply from the bank's April forecast, when it projected 2012 growth of as high as 2.9 percent. The economy grew at an annualized rate of only 1.9 percent in the first three months of the year. For 2013, the bank projects economic growth of 2.2 percent to 2.8 percent, down from 2.7 percent to 3.1 percent in the previous forecast.

The Fed also predicted that the nation's jobless rate, now 8.2 percent, will fall no lower than 8 percent by the end of the year. In April it said unemployment was likely to fall to 7.8 percent by year-end.

"Information received since the Federal Open Market Committee met in April suggests that the economy has been expanding moderately this year," the panel said in a statement. "However, growth in employment has slowed in recent months, and the unemployment rate remains elevated."

The committee reiterated its view that interest rates are likely to remain "exceptionally low" through late 2014.

In a June 7 appearance before lawmakers, Bernanke said that economic growth was "poised to continue at a moderate pace" through year-end, while adding that the central bank was prepared to ease monetary policy if conditions worsened.

Since then, a deepening recession in Europe, along with signs of slowing economic growth in the U.S., China, and other large economies around the world, has heightened concerns about a possible slowdown.

The U.S. economy has shown signs over the last three years of emerging from its doldrums, only to fade amid persistently high unemployment, volatile energy prices, and fragile consumer and business confidence. The labor market has been anemic, with the economy producing an average of only 73,000 jobs in April and May after average gains of 226,000 jobs in the first quarter.

Partisan conflict in Washington has also reduced the likelihood of any congressional action to revive the economy and raised the pressure on the Fed to deploy monetary policy.

In his press conference, Bernanke warned that the expiration of tax cuts and government spending reductions scheduled to take effect Jan. 1, 2013, could damage the U.S. economy. Noting that financial markets don't like uncertainty, he urged Congress to avoid this "fiscal cliff," which economists say risks throwing the economy back into recession.

The Fed's decision to extend the Twist program comes amid a broader willingness by the world's central bankers to stimulate their countries' respective economies. China earlier this month trimmed its benchmark lending rate by a quarter percentage point, to 6.3 percent, to counteract slowing economic growth. In the U.K., support is growing within the Bank of England for a policy to inject money into Britain's flagging economy. Expectations also are growing that the European Central Bank could adopt measures at its July 5 meeting to stabilize the ailing eurozone.

The Fed has kept the federal funds rate, the interest rate banks charge other lenders for overnight loans, near zero since December 2008. It has previously said it plans to maintain the record-low rates until at least late 2014.

With short-term rates already scraping the bottom, the Fed has also bought more than $2 trillion in Treasury bonds and mortgage-backed securities to drive down long-term rates even further. That is aimed at speeding growth by boosting household spending and hiring.

Some economists and investors had expected the Fed to announce a third round of bond purchases, or "quantitative easing." Yet several FOMC members have expressed concern that expanding the Fed's balance sheet and effectively injecting more money into the U.S. economy would raise inflation.

The Fed has yet to shift its stance on the need for "QE3." But "additional asset purchases would be among the things that we would certainly consider if we need to take additional measures to strengthen the economy," Bernanke told reporters on Wednesday.

The FOMC said that inflation has fallen in recent months because of lower oil and gas prices. Longer-term expectations for inflation remain "stable," according to the panel. It expects inflation to rise to no more than 1.7 percent in 2012, below the Fed's stated 2 percent target.

Investors in the U.S. also have been been betting on action by the central bank in recent weeks, driving up the Dow Jones industrial average 96 points on Tuesday to its highest close in a month. Stocks were largely flat following the FOMC's announcement.

-- The Associated Press contributed to this report