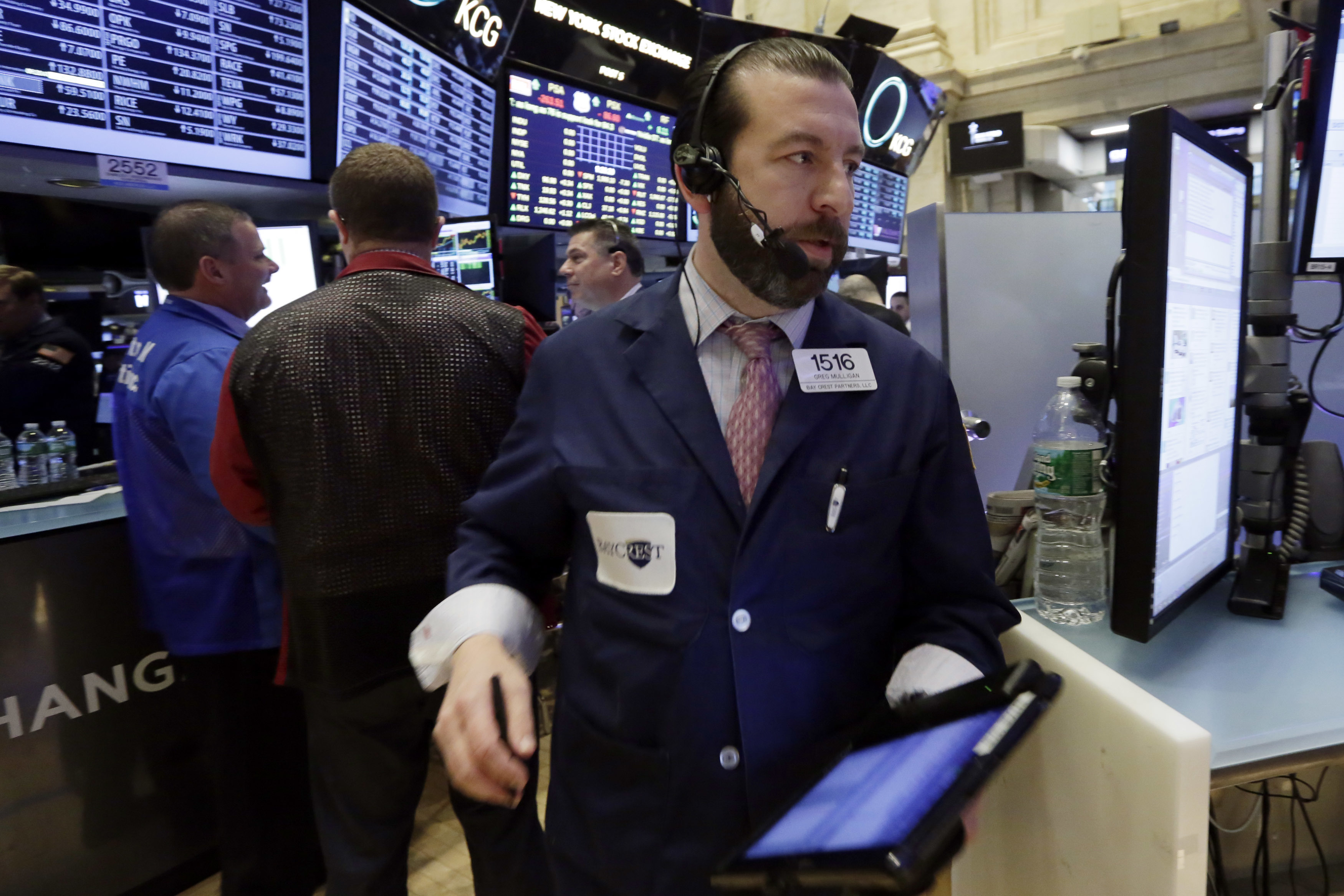 NEW YORK - U.S. stocks closed higher on Wednesday after the Federal Reserve left interest rates unchanged and forecast it will raise rates more gradually than it had envisioned late last year. That was a relief to investors, who quickly sent stocks higher. Energy companies climbed with the price of oil.

The Dow and S&P 500 were both down about 0.2 percent before the Fed's decision was announced.

The Fed raised the short-term rate it controls in December from nearly zero for the first time in almost a decade.

"It probably eases investors' minds that we're unlikely to see a rate hike in April and it probably takes June off the table," he said.

The Fed and the markets now seem to have the same view on interest rate increases, Zirin said, and that means the market may be a little less volatile.

Oil prices rose after the announcement that major oil producing countries will meet in Qatar in April to hold more talks about a freeze in oil output levels. A deal -- which is far from a sure thing -- could help relieve a global glut that has depressed oil prices.

It had been a mixed week on the market, with major indexes little changed. The market has risen for each of the last four weeks on mounting evidence that the U.S. economy remains in good shape overall despite the shaky state of other major economies. Oil prices have also surged over that period, bringing some relief to energy and financial stocks.

Peabody Energy, the largest coal mining company in the U.S., is plunged after it said it is delaying an interest payment and may have to file for Chapter 11 bankruptcy protection. The stock closed down $1.82, or 45.4 percent, to $2.19.

Software maker Oracle rose after it reported mixed quarterly results and said it will buy back $10 billion in company stock. It picked up $1.48, or 3.8 percent, to end at $40.22 and helped lift the tech sector.

The Labor Department said core inflation, or inflation that leaves out energy and food prices, continued to rise. It's up 2.3 percent over the last year, the largest gain in almost four years. Overall inflation slipped in February because of lower gas prices, and it's up just 1 percent in the last year.

The Fed has been looking closely at inflation as it considers raising interest rates. Though one of the Fed's main goals is to prevent runaway inflation, it wants to see inflation rise more than it has in recent years to be sure the economy is healthy enough to handle higher rates.

Separate reports showed construction of new homes continued to grow in February, but applications were weak again, a sign of future trouble. Meanwhile U.S. factories made more machinery, appliances and computer in February. It's the second straight monthly increase and a sign manufacturing is improving.

Health care stocks, which tumbled on Tuesday, continued to struggle. Drugmakers Pfizer and Merck were the largest losers on the Dow.