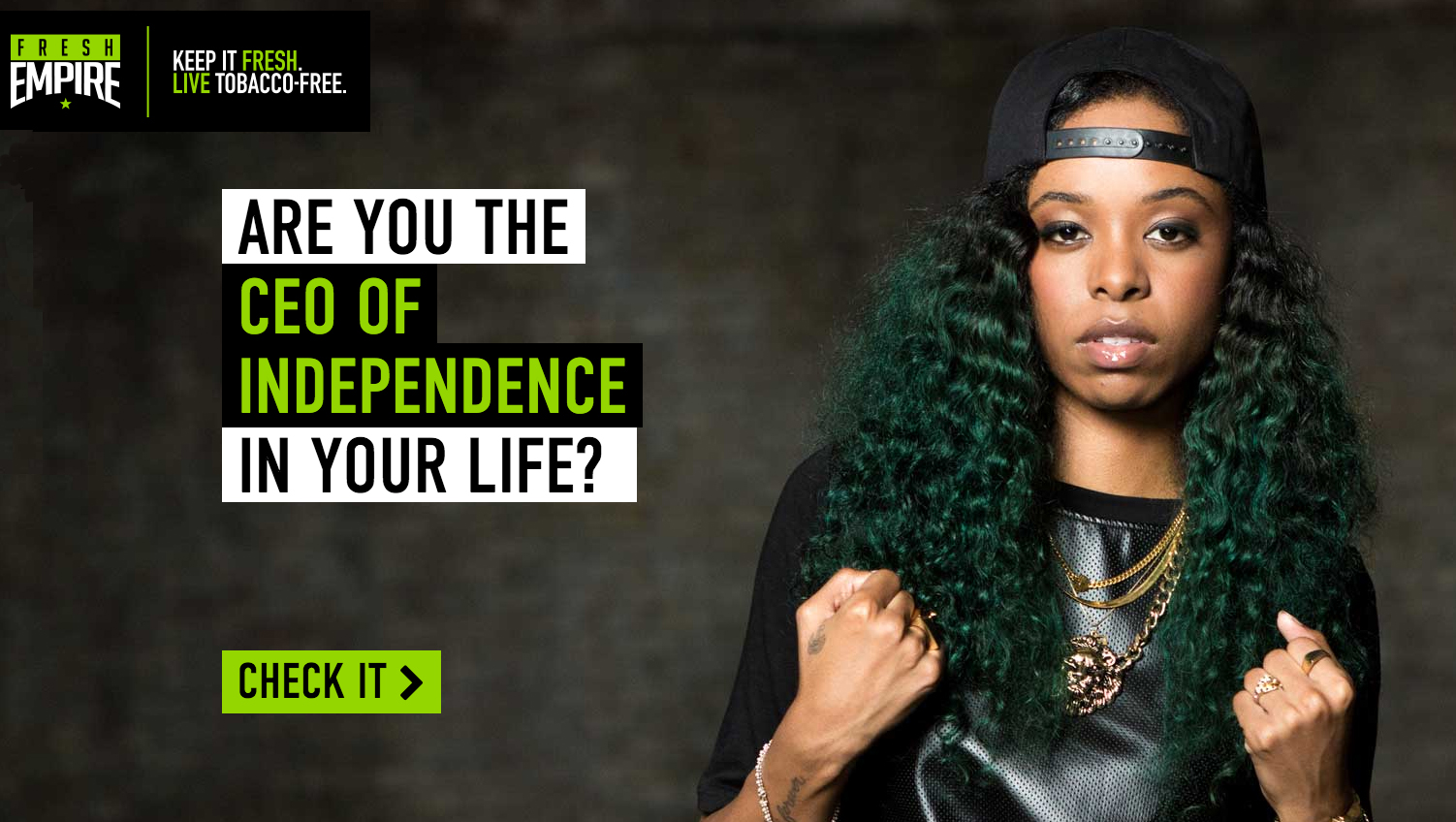 WASHINGTON -- The Food and Drug Administration will try to adapt the sounds, style and attitudes of hip-hop into a multi-million dollar anti-smoking campaign to discourage young African Americans, Hispanics and other groups from using tobacco.

The federal agency said Tuesday it will spend $128 million on advertising, events and local outreach as part of the "Fresh Empire" campaign, which aims to curb the use of cigarettes and other tobacco products among minority teenagers.

FDA officials say research shows young people who identify with hip-hop are more likely to smoke than their peers.

To be sure, hip-hop's origins as an anti-establishment urban movement would seem to conflict with the federal government's buttoned-down image. But FDA officials say they can convincingly pitch their message to hip-hop fans.

"We know from our research that remaining in control is an important pillar of hip-hop culture. But smoking represents a loss of control, so tobacco use is actually in conflict with that priority," said Mitch Zeller, director of the FDA's Center for Tobacco Products.

"Are you the CEO of independence in your life?" the Fresh Empire website asks. "Life can hit you with a lot, but nothing outside of you is calling your shots. Fresh Empire's got your back. That's why we're keeping our empire fresh and free from being controlled by tobacco."

Videos and health information posted on the site emphasize that "you're the boss" and "tobacco slows down your grind."

Zeller, who oversaw the anti-tobacco "Truth" campaign while working at the nonprofit American Legacy Foundation in the early 2000s, said the new campaign is aimed at "empowering this at-risk peer crowd to live tobacco free."

The campaign will roll out next week in 36 markets throughout the U.S. and continue for at least 2 years. The launch is timed to coincide with the BET Hip-Hop Awards, which air Oct. 13. It plans to run ads on that program.

"Fresh Empire" is the second in a series of FDA media campaigns designed to educate the public about the dangers of tobacco use.

Tobacco companies are footing the bill for the campaigns through fees charged by the FDA under a 2009 law that gave the agency authority over certain aspects of the tobacco industry.