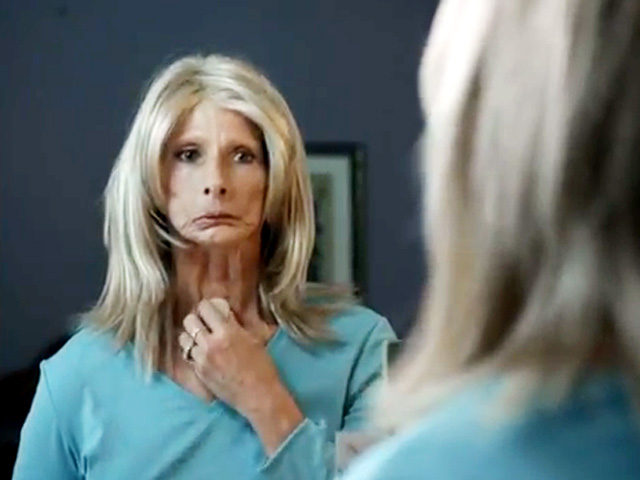 You may have seen the graphic "Tips From Former Smokers" television and web ads, such as the 2012 public service announcement depicting a cancer survivor named Terrie putting on her wig and voice box to get ready for the day.

A new study from the Centers for Disease Control and Prevention, the maker of the PSAs, says the multi-million dollar campaign helped 100,000 Americans kick their smoking habits.

"Hard-hitting campaigns like 'Tips From Former Smokers' are great investments in public health," Dr. Tim McAfee, director of the CDC's Office on Smoking and Health, said in a statement. He also served as lead author on the new study.

"This study shows that we save a year of life for less than $200. That makes it one of the most cost-effective prevention efforts," he added.

"Tips from Former Smokers" was the CDC's first national advertising effort when it kicked off in March 2012. The $54 million, three-month campaign included billboards and print, radio and television ads.

The government health agency released another round of ads one year later with some familiar faces -- including Terrie's -- and new people who have been impacted by smoking, including a 40-year-old named Bill who lost a leg, vision in one high and use of his kidneys from smoking. Jamason, a 16-year-old who was hospitalized for asthma after being exposed to secondhand smoke, was also included.

CDC officials said previously the 2012 release of the ads lead to a doubling in calls to the government's quit smoking hotline, 1-800-QUIT-NOW and a five-fold increase to its website, smokefree.gov.

Now, the new study suggests some of those people have quit smoking for good.

McAfee and colleagues conducted follow-up surveys on more than 5,000 Americans, more than 3,000 of whom were smokers. They were asked whether they saw the "Tips From Former Smokers" ads, and about their smoking habits. Results were calculated to apply to the U.S. population.

The researchers found 1.6 million Americans attempted to quit smoking because of the campaign: More than 200,000 quit immediately following the campaign, with an estimated 100,000 of them quitting permanently.

"This is exciting news," CDC director Dr. Tom Frieden said in a statement. "Quitting can be hard and I congratulate and celebrate with former smokers - this is the most important step you can take to a longer, healthier life."

Nonsmokers may have encouraged their loved ones to quit, according to the researchers: Almost 75 percent of surveyed nonsmokers recalled seeing at least one of the ads. About 80 percent of smokers said they saw one. That's more than 1,200 Americans each day.

The CDC's study was published Sept. 9 in The Lancet.

Smoking is the leading cause of preventable death in the U.S., behind more than 440,000 deaths per year. In addition, 8 million-plus U.S. residents live with a smoking related disease.

Tobacco use can increase risk for some cancers, heart disease, stroke, and respiratory ailments.

Not to mention it's expensive: Smoking-related diseases cost Americans $96 billion in health care costs and $97 billion in lost productivity, according to the CDC, with taxpayers fronting a substantial portion of the funds.

The agency hopes the expansion of the Affordable Care Act will help more people get stop-smoking services.

Reuters reports a third round of ads is slated for 2014.

"We would be delusional if we thought we could permanently change the rate people quit with one three-month campaign," McAfee said to Reuters. "You have to keep doing these things."